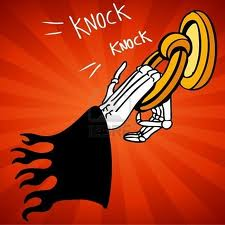 I am not a German lawyer, and so I don’t know if this is dispositive or merely the first step in a longer legal process. But a German administrative court has apparently ruled that the ban on physician-assisted suicide is too “general,” whatever that means.  From the UPI story:

An administrative court in Berlin has given German doctors the power to use  their own judgment in cases involving terminally ill patients who want to  die. The court lifted a physician’s association ban on assisted suicide that  included fines of up to $65,722 on doctors who provided their patients with  enough drugs to kill themselves, The Local reported Wednesday. Court spokesman Stephan Groscurth said the judges found the ban “too  general.” Euthanasia is currently illegal in Germany. However, if a doctor is certain a  dying patient wishes to end his or her life, a physician can provide that  patient with the means to commit suicide.

Apparently, this is viewed as an answer to Swiss “suicide tourism:”

Observers said the court’s action means terminally ill patients will no  longer have to travel to countries where assisted suicide is legal. “This is a step towards stopping ‘suicide-tourism’ that is happening in  Germany right now,” said Dieter Graefe, a judge who is an expert on assisted  suicide.

Surrender to it, actually. Don’t make them go to Switzerland to kill themselves, let them do it at home!

That last bit really has my teeth grinding.  Not only will that mean more suicides potentially—common sense tells us that suicidal patients are more likely to do so at home rather than travel to die—but the Swiss suicide clinics are not limited to the terminally ill.  There have even been joint suicides of married couples! Under the court’s reasoning, doctors should be thus be allowed to assist these suicides as well.  Once the door is opened, the door is open!
0
Print
Email
Prev Article
Next Article