The Hunger Games was a very good movie.  I was surprised.  But who can be surprised that PETA would complain that starving people in the dystopian future depicted in the book and film hunted to stay alive?  Now, they have criticized Jennifer Lawrence, the star of the film, for participating in a scene in which her character skins a squirrel.  She had a pithy retort. From the Daily Caller:

PETA just can’t take a joke. People for the Ethical Treatment of Animals is targeting “Hunger Games” star  Jennifer Lawrence for her squirrel-skinning scene in “Winter’s Bone,” and the  hunting scenes in her latest film. For her Oscar-nominated role in 2010?s “Winter’s Bone,” Lawrence’s character  is seen graphically skinning a squirrel in order to feed her poverty-stricken  family. In an interview with Rolling Stone magazine, Lawrence said of the scene, “I  should say it wasn’t real, for PETA—but screw PETA.” 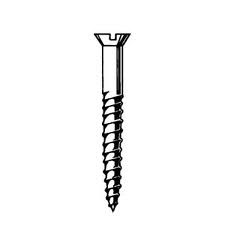 Count on PETA to try and horn in on anything with high public visibility.

Typically, the animals-are-equal-to-people ideologues didn’t complain that the movie involves Roman style games in which a tyrannous government forces teenagers to viciously fight to the death. But then, it didn’t complain about a real life terrorist attempt to murder people by blowing up a bomb hidden on a donkey. Ingrid Newkirk instead wrote a letter to Yasser Arafat complaining about the dead donkey.