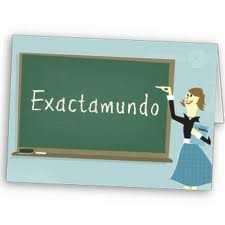 I grow weary of that certain species of political animal who constantly complains that too many people are “anti science,” when in reality, they disagree with the advocate’s policy desires about issues that involve scientific research.  Example in point: Opposition to embryonic stem cell/human cloning research: It isn’t anti science to oppose treating nascent human life like a corn crop or manufacturing embryos, anymore than it is anti science than the Animal Welfare Act the proscribes what can and can’t be done in scientific research with some mammals. Ditto Global Warming Hysteria.

Law Professor Glenn Harlan Reynolds has an article in the New York Post hitting this point. From “Faith in Science?”:

Regardless, while one should trust science as a method — honestly done,  science remains the best way at getting to the truth on a wide range of factual  matters — there’s no particular reason why one should trust scientists and  especially no particular reason why one should trust the people running  scientific institutions, who often aren’t scientists themselves. In fact, the very core of the scientific method is supposed to be skepticism...If you make a claim that can’t be proven false in an independent  experiment, you’re not really making a scientific claim at all. And saying, “trust us,” while denouncing skeptics as — horror of horrors —  “skeptics” doesn’t count as science, either,  even if it comes from someone with  a doctorate and a lab coat.

After a century of destructive and false scientific fads — ranging from  eugenics to Paul Ehrlich’s “population bomb” scaremongering, among many others — the American public could probably do with more skepticism, not less. If scientists want to be trusted, perhaps they should try harder to make sure  that those who claim to speak for science are, you know, trustworthy. Just a  thought.

Exactamundo! The method is splendid.  Pretending that policy goals—generally liberal—are synonyms for ”science” isn’t at all the same thing, and indeed, undermines the sector by politicizing it.  Or to put it another way, many of those worrying about the public’s skepticism about science should look in a mirror for the cause.
0
Print
Email
Prev Article
Next Article