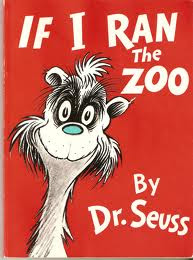 What hubris. Shawn Lawrence Otto, of Science Friday on NPR, suggests that science has just outgrown democracy, don’t you know.  We need the experts to be in charge.

Otto lists some of the outstanding benefits society has unquestionably received from science, and then more than suggests that science may have outgrown democracy. From “Has Science Outgrown Democracy?”

Using science, we are just now coming to understand complex systems and how to manage our power in more sustainable, responsible ways. But with a democratic form of government that relies on the votes of the people, we’ve been increasingly unable or unwilling to enact regulations that help us act responsibly in our use of power.  We have created a global economy with no global regulatory system and placed our corporations in a feudal chase after the cheapest labor, the least-restrictive environmental regulations, and the easiest methods of exploiting natural resources.

Funny, when I look around, I see a lot of regulations that are choking wealth creation, muffling employment, and keeping prices high.  But that is beside the point.  Who decides what are ”responsible” uses of power? And how do we know whether it is right or wrong for corporations to engage in a “feudal chase,” neither of which are even “science” questions.

What Otto is really saying here is that he supports a particular form of liberal social justice politics, but wants to support it with the veneer of scientific authority.  In other words, scientism.  I see a lot of liberals smugly attempting that little bait and switch maneuver.  And here’s where we get to Otto’s inner hubris:

In the next 40 years, we are poised to create as much new knowledge as we have acquired in the last 400.  Imagine the policy challenges that new knowledge will create as we master genomics, neuroscience, and nanotechnology —  just to name a few emerging fields that have huge public policy implications.

So what’s the answer?  Has science outgrown democracy?  Should candidates for public office be required to have degrees in science?  Should we require everyone to have more science education?  Even when they do have an adequate foundation of science knowledge, why do so few people seem to understand how important science is?  Should we have science-civics classes?  Or do scientists simply need to be more communicative?

But science, like any powerful institution requires checks and balances.  It needs ethical parameters beyond which it is not allowed to stray.  Scientists will usually admit this, but many think they should decide for the rest of us what those parameters are.  But pure self regulation isn’t a check and balance at all.

There is a method to this anti-democratic scientism advocacy.  The science establishment has been seduced into becoming one of the Left’s many politically liberal constituency groups.  These advocates believe sincerely that creating a benign technocratic state in which the most important decisions are made by “experts” will lead to a better, more peaceful world.

They are wrong.  Power corrupts and absolute power corrupts absolutely.  We need limited government, not greater technocracy. Scientists may have more knowledge in their arcane fields, but as history shows, they are certainly not wiser.  I’ll take “we the people” over “we the experts” every day of the week.
0
Print
Email
Prev Article
Next Article