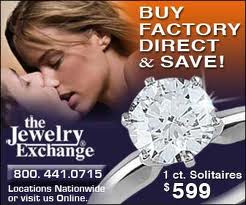 Our sense of entitlement—including not only to have a child, but the child we want—is driving us to ever greater extremes. The Daily Mail has a disturbing report about beautiful women selling eggs, rich men’s sperm, and paid destitute gestational carriers—you know, the latest biological colonialism consumerist trend.  From the story:

Nominally, this forlorn place is a care home for surrogate mothers — at least that is how it is described by the company that runs it, Wyzax Surrogacy Consultancy, which is cashing in on India’s booming new babies-for-sale business. It boasts of being the country’s first ‘one-stop shop for outsourced pregnancy’. In truth, though, it is nothing less than a baby factory; the end of a grim production line on which children are being designed to order for wealthy couples, mainly from Western countries including Britain, as if they were custom-built cars. Indeed, as I have discovered during an eye-opening three-week investigation into India’s burgeoning, billion-dollar surrogacy industry, the motor-manufacturing analogy is all too apt.

Kohli and Singh have therefore devised a ‘protocol’ that works roughly like this: after careful screening for genetic illnesses and an IQ test, attractive young female egg donors from countries such as Ukraine, Lithuania, Georgia, Armenia and Belarus are advertised in an online catalogue for prospective parents to browse.

In Eastern Europe, there are all too many hard-up women willing to endure fertility treatment, a long flight to California or Boston, and an uncomfortable operation under anaesthetic to sell their eggs for up to £750 a batch.

And as human eggs cannot be frozen and transported, and there are few surrogacy clinics or wombs available for rent in Eastern Europe, these donors travel, at the height of their monthly cycle, to the United States, where the eggs are extracted and fertilised with the father’s sperm (which can be transported, frozen, from his country of residence, and stored indefinitely)...

Once created, the embryos are frozen to minus 196c, placed in liquid nitrogen canisters resembling small milk-churns, then flown 8,000 miles from the U.S. to cities such as Delhi and Bombay, where they are implanted. Here, though, the comparison to a car production line ends. As I saw when visiting the ‘baby factory’, the women who incubate and hatch these identikit children would be better compared to brood mares.

And their friends probably applaud.

The story says that many of the customers are gay.  Interesting, those who feel they have been oppressed would oppress. People who do this—gay or straight—should be shunned, just as people who buy organs from the destitute.  But the West increasingly has no shame.
0
Print
Email
Prev Article
Next Article