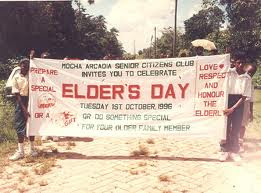 Interestingly, I did an interview with a Polish magazine today that dealt precisely with the problem of abandoning the elderly to the abuse of euthansia and medical neglect of “quality of life” refusals of treatment.

The former leader of the Catholic Church in the UK, Cardinal Cormac Murphy-O’Connor, issued a cogent warning about how society’s views on the elderly endanger their well-being and lives. From the Telegraph story:

In a wide-ranging lecture at Leicester’s Anglican Cathedral, he spoke of a   “deep unease” in western society, the importance of the family unit,   religious freedom and questions such as assisted suicide. He warned of a tendency to view human beings as a “product” or a “commodity”   resulting in people ultimately being viewed as “disposable”. “Instead of regarding the elderly as a source of value in their own right, a   resource for families and communities especially in an increasingly   fragmented social and cultural world, we view them as a problem or a   threat,” he said. “We have lost that deep reverence for humanity in all its different conditions.”

He quoted Cicero to illustrate that debates about care for the elderly date back millennia. “An ageing population certainly presents its challenges – not least to our   prejudices – but it is also an extraordinary gift,” he continued. “When society only sees age as an expensive inconvenience, a threat to   resources and lifestyles, it no longer sees a person but a problem. “This permits a slow erosion of dignity; subtly and silently the process of   dehumanisation has begun.” He went on: “A symptom of this is the violence against the vulnerable elderly   now documented in a number of independent studies and reports and the   neglect which many have to endure. “You do not care for what you do not cherish.”

“If we load the elderly, or indeed any group, with fears – the fear of dementia and Alzheimer’s, the fear of growing dependence and the loss of   autonomy, the fear of exhausting resources – you sanction violence against them. “This need not only be physical, it can take other forms: it can be cultural   in the way in which we dismiss their views or blame them; it can be   political in the ways in which we justify withdrawal of vital services or quietly and privately deny their right to life.”

It’s not just the UK.  You don’t have to be Catholic, Christian, or even religious to understand the truth of the Cardinal’s words. The danger is real, the problem well stated.
0
Print
Email
Prev Article
Next Article