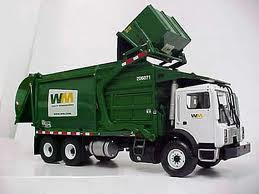 The Medical Intelligentsia is bound and determined to devolve medicine into a technocracy. A professional practices medicine, providing optimal care to each patient as individuals. A technocrat is a service provider who provides consumers with medical care according to check lists and rules created by bureaucrats and “experts”—and does so in the context of perceived or imposed duties to general society.

The New England Journal of Medicine leads the technocratic pack. To illustrate from where the publication is coming, it has supported rationing, helped push the assisted suicide movement, respectfully published the Dutch infanticide checklist known as the Groningen Protocol, and pushed hard against medical conscience rights in the name of “patient rights.”

But patient rights don’t extend to receiving treatment the would-be-bosses think should not be supplied based on quality of life judgmentalism or cost control concerns.  And now, bioethicist/physician Howard Brody tries to shift the lexicon to hide the reality of the denials of treatment regime now on the Obamacare drawing board.  From, “From an Ethics of Rationing to an Ethic of Waste Avoidance:”

Even though the concept of medical futility has had a vexed history, this new ethical question is a subcategory of the futility debate. We used to think that the issue of futility arose only when physicians, in keeping with their professional integrity, refused to offer useless treatment even when patients or families demanded it.

But you see, futile care isn’t refused because it is “useless”—as if someone demanded an appendectomy to cure an earache—but because it does or may work.

When they impose “qualitative” futility impositions, futilitarians declare the patient futile, by refusing efficacious treatment precisely because it could extend life that they deem not worth living.  Most perniciously, it holds that maintaining life when that is what the patient wants is “useless” or “futile” in some cases. Recall the Baby Joseph futile care case in Canada, in which parents were refused both life-sustaining treatment and minor surgery to permit them to take their baby home to die.  Priests for Life arranged the proper care and the baby lived 7 more months.  But Brody-type bioethicists would call that “useless.”  Not. Their. Call.

People have been pushing back against futile care and invidious rationing plans politically. So Brody trots out a new lexicon by which to justify the planned service interruptions that the medical intelligentsia and bioethicists intend to impose on patients to supplant informed consent and refusal:

Since elimination of wasteful, nonbeneficial interventions is ethically mandated (as has recently been emphasized in the Choosing Wisely campaign led by the American Board of Internal Medicine Foundation), the question then shifts to implementation. Here, I believe, we must consider the limitations of evidence. Data from randomized clinical trials represent population averages that may apply poorly to any individual patient. An ethical system for eliminating waste will include a robust appeals process. Physicians, as loyal patient advocates, must invoke the process when (according to their best clinical judgment) a particular patient would benefit from an intervention even if the average patient won’t. Few tests and treatments are futile across the board; most help a few patients and become wasteful when applied beyond that population. But the boundary between wise and wasteful application will often be fuzzy.

So here’s the game that is afoot:

2. Use “evidence based medicine” to determine whole categories of treatment or tests that should be refused as wasteful;

But the burden of proof, if there is to be one, should be the other way around.  Besides, doctors have a tough time practicing medicine now with all the paper work.  And Brody wants to add still more?

But make no mistake, it is just rationing by a more palatable name:

In the end, the ethics of rationing and of waste avoidance are complementary, not competing. Perhaps at present, waste avoidance could save enough money to permit both universal coverage and future cost control. As medical technology advances, especially with personalized genomic medicine, we will almost certainly arrive at the day when we cannot afford all potentially beneficial therapies for everyone. The ethical challenge of rationing care will have to be faced sooner or later, particularly when we confront inequitable distribution of health care resources globally.

Globally?  Does that mean across the world spectrum? I’ll bet it does. Social justice is about imposing equality of results, not opportunity, and that means no end to the technocratic enterprise, as “experts” devise ways of taking from those whose hard work and cultural virtues have led to a higher standard of life.

Whatever: We can call rationing and futile care impositions “waste avoidance” if we want. We can also call a dung beetle a butterfly and paste pretty wings on its body—but it still eats dung.
0
Print
Email
Prev Article
Next Article