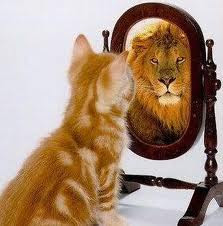 I warned in Culture of Death: The Assault on Medial Ethics in America that the bioethics movement had ambitions to influence life and public policy well beyond its sphere of influence in medicine and health-related laws and regulations. The title of an article published in Bioethics Today, kindly sent to me by its author, bioethicist David Lemberg, proves my point in spades.  From, “Bioethics as a Force for Change — Health Care Policy, Financial Systems, and Environmental Conservation:”

But the need for bioethics and bioethicists is now more broad and more great than that required by the actions and policies of hospitals, medical device companies, and global pharmaceutical corporations. Society is at a crossroads and it’s time to call for all hands on deck. Bioethicists, trained in ethics and philosophy, are a precious resource. We possess and command a special skill set that is sorely needed in every area of public policy.

Every area of public policy?  What to do about Iran?  How to solve the national debt?  Figuring out optimal tax rates that puts money in government coffers, but also isn’t too onerous to stifle job creation?  Cutting waste in government? Deciding whether the 14th Amendment applies to same sex marriage? Figuring out the proper role of religion in a morally polyglot society?  Judging proper parameters of the Patriot Act? Immigration: Border enforcement first, or reform? One could go on and on.

So, why do bioethicists offer the key to answering all of these non biomedical or biotech issues?

Our profession came to be partially in response to national outrage following the surfacing of the Tuskegee Syphilis Study. The new field’s three cardinal principles were expounded in the Belmont Report:

Each principle can be unpacked almost without end to yield robust ethical and moral frameworks applicable to the majority of modern medical conundrums. Of course, bioethical frameworks are not procrustean devices and each set of circumstances is evaluated on its own terms and merits.

Which means they aren’t really “cardinal principles,” because in themselves, they do not constitute overarching goals or purposes. Rather, they are floaters—outcome justifiers, or hooks upon which to hang one’s hat (as we used to say in law)—since the same suggested policy may be seen as promoting social justice (say), while also violating individual autonomy—as in futile care theory.  (Belmont was supplanted by “the Georgetown Mantra,” which added non maleficence to the list.  You don’t hear much about these anymore.)

So, which of the non-cardinal principles prevails if one or more of the mantras conflict?  The answer that the analyzer/advocate wanted all along!  Indeed, the only way the GM could work would be as tools to best accomplish a predetermined underlying truly cardinal principle—say human exceptionalism.  But on their own, not so much.

On the other hand, “mainstream” bioethics is just another of the many liberal constituency groups that make up the political left. So, I guess one could use the GM to argue on behalf of liberal political agendas: If autonomy means liberals win, we grasp autonomy. If social justice best promotes the liberal agenda, why then social justice should be the most important mantra. You get the idea.

But then, the rest of the country wouldn’t be any more likely to go along for the ride because it suited one or more of the mantras than it would for any other reason. Besides, bioethics has nothing to do with the proper level of banking regulations.
0
Print
Email
Prev Article
Next Article