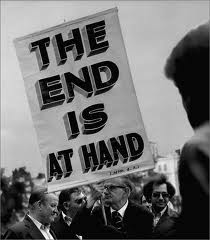 I am very confident that the Obama anti-Catholic and religious liberties “Free Birth Control Rule,” as it applies against religious institutions with dogmatic objections, is doomed by the First Amendment.  I had always assumed the case would be decided by the Supreme Court.  But now, I think it won’t get that far.  Indeed, I doubt the Supreme Court will even take the case.

A federal statute, the “Religious Freedom Restoration Act”—passed and signed into law under President Clinton in the wake of the Supreme Court’s peyote decision (with which I also disagreed)—restored strict scrutiny to any law that requires a religious institution or faith to violate its moral views.  From The Hill story:

The biggest legal threat to the White House’s birth control mandate could come from a decades-old law that was championed by liberal Democrats, according to legal experts. The Religious Freedom Restoration Act (RFRA) has been mentioned in nearly all of the more than 30 lawsuits pending against President Obama’s administration over the mandate. One, filed by the University of Notre Dame on Monday, cited RFRA’s protections in the first paragraph. Legal scholars see the merit in challenging the mandate with RFRA, which then-Rep. Charles Schumer (D-N.Y.) and the late Sen. Edward Kennedy (D-Mass.) introduced in 1993 to protect religious exercise from laws that might unintentionally restrict it.

That law requires the Feds to demonstrate it has a ”compelling state interest” in enforcing laws or regulations that are claimed to infringe on religious liberty. Thus, the state could certainly prevent, say, neo-Aztec religionists from human sacrifice under the strict scrutiny test.  It could (for now) probably prevent religious-based polygamy.  But free birth control? Not on a bet.

Thus, since the law—which has already been applied without controversy by the Supreme Court—can decide the case, the Supremes will probably never have to take it up because the rule will be invalidated against Catholics and other religious objectors at the Court of Appeals level. Of course, if the law is thrown into the dust bin next month by the Supremes, that will do the job much faster.
0
Print
Email
Prev Article
Next Article