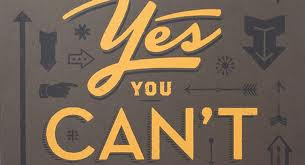 Never in my life have I seen such widespread formal resistance by the states to a federal law than we have witnessed with Obamacare. Even during the Civil Rights struggles, there were far fewer states in revolt than we see now.  And polls continue to show majorities of the people wanting the ugly thing repealed.  Count me among them.

The South was wrong to resist racial equality, but the legal assaults coming from the state houses against the centralization of the health care system into the hands of federal bureaucrats are spot on right.  Latest example: The Missouri Legislature has passed a law that, if signed by the governor, basically voids the Free Birth Control Rule in the state. From the Kansas City Star story:

With several hours to spare before a mandatory 6 p.m. adjournment, lawmakers gave final approval to a bill stating that employers can refuse to provide health insurance for birth control – a measure meant as a slap against an Obama administration policy requiring insurers to cover contraception at no additional cost to women working at certain religious-affiliated institutions.

The contraception legislation now goes to Democratic Gov. Jay Nixon. A separate measure also passed Friday will ask Missouri voters later this year whether to restrict the creation of a health insurance exchange. It targets a provision in Obama’s federal health care law requiring states to set up online insurance markets by 2014 or have one run by the federal government.

Will the Governor veto?  I have no idea.  I’ll bet Senator Claire McCaskill hopes he doesn’t. She’s in the race of her political life with her vote for Obamacare a major argument being made against her.

In any event, whatever happens, look for the rebellion in the states to continue until this debacle of a mess of a law of a federal intrusion of a corner stone for the threatened bureaucratic state, is repealed.
0
Print
Email
Prev Article
Next Article