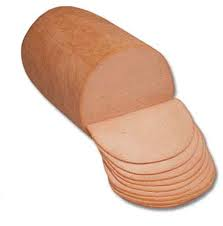 I reported here a few weeks ago that the NYT’s Dear Abby-type column, “The Ethicist,” was holding an essay contest to descsribe why eating meat is ethical—judged by Peter Singer—who I noted elsewhere, has no business judging anyone’s ethics—and other anti meat activists!  You are not going to find a robust pro-meat eating essay winning that contest, I predicted.

Right you were, Wesley! The winner is precisely the kind of essay one would predict; high on the kind of utilitarian/touchy feely/materialist thinking that these particular judges would find attractive if they have to vote for a pro meat essay, and strictly for humane meat or organic farming—the kind of food that a lot of folks simply can’t afford.  Funny, how food affordability never seems to be of much ethical concern to these types. From “Give Thanks for Meat.” by Jay Bost:

What are these “right” and “wrong” ways of producing both meat and plant foods? For me, they are most succinctly summed up in Aldo Leopold’s land ethic: “A thing is right when it tends to preserve the integrity, stability and beauty of the biotic community. It is wrong when it tends otherwise.” While studying agroecology at Prescott College in Arizona, I was convinced that if what you are trying to achieve with an “ethical” diet is the least destructive impact on life as a whole on this planet, then in some circumstances, like living among dry, scrubby grasslands in Arizona, eating meat, is, in fact, the most ethical thing you can do other than subsist on wild game, tepary beans and pinyon nuts. A well-managed, free-ranged cow is able to turn the sunlight captured by plants into condensed calories and protein with the aid of the microorganisms in its gut. Sun > diverse plants > cow > human. This in a larger ethical view looks much cleaner than the fossil-fuel-soaked scheme of tractor-tilled field > irrigated soy monoculture > tractor harvest > processing > tofu > shipping > human.

The issue of killing of a sentient being, however, lingers. To which each individual human being must react by asking: Am I willing to divide the world into that which I have deemed is worthy of being spared the inevitable and that which is not worthy? Or is such a division hopelessly artificial? A poem of Wislawa Szymborska’s, “In Praise of Self-Deprecation,” comes to mind. It ends:

There is nothing more animal-like than a clear conscience on the third planet of the Sun.

For me, eating meat is ethical when one does three things. First, you accept the biological reality that death begets life on this planet and that all life (including us!) is really just solar energy temporarily stored in an impermanent form. Second, you combine this realization with that cherished human trait of compassion and choose ethically raised food, vegetable, grain and/or meat. And third, you give thanks.

Animals don’t have consciences. Only humans do.  And if all we were is solar energy, none of this would make much difference, since molecules don’t experience.  But we are more than the sum of our atomic parts. And give thanks to who or what?

And get this: One of the finalists was Ingrid Newkirk—radical vegan and head of PETA—who wrote about being able to eat meat once it can be grown in a lab.  She won the most public votes—yes Dear Ethicist had an American Idol feature—but that was because PETA stuffed the ballot box.  From “The Ethicist” print column (couldn’t find it on-line):

The judges votes were widely scattered, but when readers themselves went online to vote for their favorite finalist, it was a landslide victory for one essay. Surprising—until someone pointed out that that People for the Ethical Treatment of Animals, whose president, Ingrid Newkirk, wrote that essay, sent out an e-mail to thousands and encouraged them to vote for it...Newkirk says she was not aware of the mailing and wishes it had not been sent.

Sure she is, and I know heads will roll first thing Monday morning.

Just the baloney I expected, but even I couldn’t have predicted Newkirk’s participation. Talk about surreal.
0
Print
Email
Prev Article
Next Article