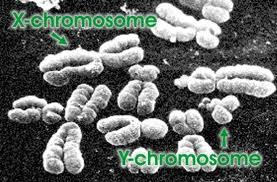 I am always leery of undercover video “stings,” but I think this one bears noticing.  Live Action is an adamantly anti Planned Parenthood organization headed by Lila Rose, which has exposed PP in the past—such as demonstrating that, contrary to the assertion of the PP president, most PP clinics do not provide actual mammograms.

Live Action has released a new expose accusing PP of being willing to perform sex selection abortions. The first video depicts a woman going to a PP clinic and apparently telling the PP counselor that she is pregnant, already has a girl, but now wants a boy so that her family is perfectly balanced. If her gestating baby turns out to be a girl, she wants to abort and try, try again.

The counselor is totally cool and assuring about the plan, repeatedly tells the stinger that she won’t judge sex selection, that she has aborted twice herself and then had children. She shows the stinger how to get on Medicaid so she can have a free ultrasound at the 5th month so that the fetus’s sex can be determined, and then agrees with the plan to abort at the PP clinic if she’s a girl.  From the Live Action Website:

“I see that you’re saying that you want to terminate if it’s a girl, so are you just wanting to continue the pregnancy in the meantime?” a counselor named “Rebecca” offers the woman, who is purportedly still in her first trimester and cannot be certain about the gender. “The abortion covers you up until 23 weeks,” explains Rebecca, “and usually at 5 months is usually (sic) when they detect, you know, whether or not it’s a boy or a girl.” Doctors agree that the later in term a doctor performs an abortion, the greater the risk of complications.

The Planned Parenthood staffer suggests that the woman get on Medicaid in order to pay for an ultrasound to determine the gender of her baby, even though she plans to use the knowledge for an elective abortion. She also tells the woman to “just continue and try again” for the desired gender after aborting a girl, and adds, “Good luck, and I hope that you do get your boy.”

Pro lifers are attacking the abortion license piece, by piece, by piece. Expect this video, and presumably others in the LA advocacy arsenal, to lead to renewed calls to defund public funding of PP.

Also, expect federal and state legislation seeking to outlaw sex selection abortion. (Four states already do, but this will really raise the profile of the issue.) That would put the pro choice side into a tight political box. If they let it go, they would be admitting that there is a reason for abortion that is so illegitimate it should be outlawed. But if they oppose, they are in the position of defending sex selection.  I predict that latter will be seen as preferable to the former. Thus, once such a law is enacted, look for PP, other pro choice groups and the ACLU to sue to legally prevent the legal prevention of sex selection abortions.  That would transform “female feticide”into the next “partial birth abortion” and materially help the pro life cause.

(You can see the video at the site linked. It has been edited and uses advocacy methods, such as music and polemics, so be aware.  But from what I saw, there is no context that the counselor could be taken out of in order to distort what really transpired.  Of course, it could be an anomaly.  And Live Action should also release tapes, if any, in which a PP counselor refused to participate in sex selection abortion.)

Update: PP has fired the woman in question. We’ll see if LA has any more videos or facts to support their charge of “gendercide” up their sleeve.  PP says they oppose sex selection feticide but will still grant any woman their services for whatever reason, or at least appear to. Here’s the pertinent quote:

“Planned Parenthood works to ensure women and their families have access to high-quality nonjudgmental health services free of coercion, supported by information and counseling.”

But that is precisely what the fired worker said. So, why was she fired?
0
Print
Email
Prev Article
Next Article