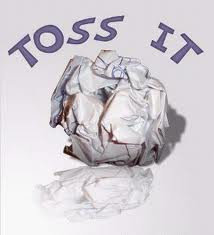 Some observers criticized the Obama Administration for trying to intimidate the Supreme Court after the Solicitor General’s apparently disastrous oral argument in favor of the law. Supposedly, the people would rise up in fury if the Supremes dared interfere with the carefully debated and democratically enacted law.  Chutzbah, but let’s not go there.

If the Supremes were to worry about their popularity if they toss the law into the garbage, they can rest easy tonight. A whopping 68% of Americans want the Supremes to make Obamacare GO AWAY! From the NYT story:

More than two-thirds of Americans hope the Supreme Court will overturn some or all of the 2010 health care law, according to a new poll conducted by The New York Times and CBS News.  Just 24 percent said they hoped the court “would keep the entire health care law in place.” The Supreme Court is expected to decide a challenge to the law by the end of this month. Forty-one percent of those surveyed said the court should strike down the entire law, and another 27 percent said the justices should overturn only the individual mandate, which requires most Americans to obtain health insurance or pay a penalty.

The public’s disdain for Obamacare shows that Lincoln was right, you can’t fool all of the people all of the time.
0
Print
Email
Prev Article
Next Article