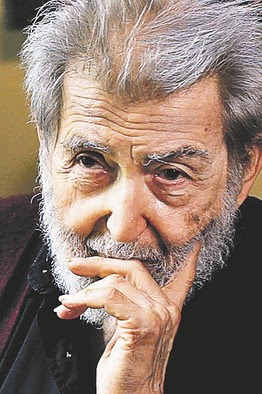 No kidding, Wesley!  But I was heartened to read an article exposing the profound intolerance of many on the Left against one of their own because he became pro life. It tells how Nat—who still holds absolutist civil libertarian views—hurt his career materially when he turned against the abortion license.

Here’s the story: Hentoff saw how abortion came to be wielded as a eugenic tool after researching the Baby Jane Doe case, a legal controversy involving an infant born with spina bifida who the parents didn’t want to treat so she would die.  From “Blackballing Nat Hentoff” by Mark Judge:

As Hentoff told the Washington Times in a 1989 profile, his “curiosity was not so much the case itself but the press coverage.” Everyone on the media was echoing the same talking points about “women’s rights” and “privacy.” “Whenever I see that kind of story, where everybody agrees, I know there’s something wrong,” Hentoff told the Times. says. “I finally figured out they were listening to the [parents’] lawyer.”

Hentoff dug into the case and the abortion industry at large, and what he found shocked him. He came across the published reports of experiments in what doctors at Yale-New Haven Hospital called “early death as a management option” for infants “considered to have little or no hope of achieving meaningful ‘humanhood.’” He talked with handicapped people who could have been killed by abortion.

Hentoff’s liberal friends didn’t appreciate his conversion: “They were saying, ‘What’s the big fuss about? If the parents had known she was going to come in this way, they would have had an abortion. So why don’t you consider it a late abortion and go on to something else? Here were liberals, decent people, fully convinced themselves that they were for individual rights and liberties but willing to send into eternity these infants because they were imperfect, inconvenient, costly. I saw the same attitude on the part of the same kinds of people toward abortion, and I thought it was pretty horrifying.”

The reaction from America’s corrupt fourth estate was instant. Hentoff, a Guggenheim fellow and author of dozens of books, was a pariah. Several of his colleagues at the Village Voice, which had run his column since the 1950s, stopped talking to him. When the National Press Foundation wanted to give him a lifetime achievement award, there was a bitter debate amongst members whether Hentoff should even be honored (he was). Then they stopped running his columns. You heard his name less and less. In December 2008, the Village Voice officially let him go.

I know this story well, enjoying a good friendship with Nat. But I am glad to see it get out more widely.  Violate the pro abortion line and pay the price—as Komen did when it decided to stop funding Planned Parenthood.

Oh, for those who care about the issue: Hentoff has absolute integrity about ideas and principles, and expresses what he thinks without fear or hope of favor.  And for those who think one must be religious to oppose the culture of death, he was then, and remains today, an atheist.
0
Print
Email
Prev Article
Next Article