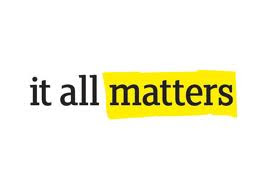 Here is my contribution to the Human Exceptionalism Symposium at the Human Life Review. First, I get into why the issue is so fundamental. From, “The Struggle For Human Equality: It Must Be Defended on All Fronts:”

Human exceptionalism, as I wrote in the original article, is fundamental to defending the sanctity/equality of human life. Indeed, if we reject the objective intrinsic value of all people, our ability to promote and actually enact policies consistent with universal human rights—alas, our reach still exceeds our grasp in this regard—becomes impossible. If being human—in and of itself—does not accord an individual the highest moral value, then we have to decide what subjective criteria to apply to deciding who and what matters more and less. And that is precisely the anti-human game that is afoot across a broad and threatening front. [Examples provided] The current cultural emergency requires that we engage the anti-humanists at every possible turn, and try to help all understand—whatever their political philosophy or religious belief—the urgency and righteousness of the cause.

I worry that some conflate defending the importance of being human with religious prosylitizing. Religious arguments are great, and effective—for people who are religious. But the cause of human equality, liberty, and thriving must be defended with every argument and tool at our disposal. And for me, the rational arguments have a greater robustness:

There is an important difference between “belief” and “faith.” The former is often derived by weighing argument, reviewing evidence, observing, researching, etc. Perhaps human exceptionalism can’t be “proved” to a metaphysical certainty, but it can certainly be discovered and demonstrated. In contrast, faith is belief that “does not rest on logical proof or material evidence,” or as the author of Hebrews so eloquently put it, “faith is the substance of things hoped for, the evidence of things not seen.”That is a distinction with a real difference in the context of this discussion. We can ascertain and study the many ways in which human nature differs from animal nature. Not so the existence of a soul or the reality of salvation.

The point is that by arguing on behalf of human exceptionalism from rational bases, we can produce data and engage in philosophical argument to convince people that: 1. Humans possess unique capacities (such as moral agency, creativity, and rationality); 2. These characteristics are moral rather than merely biological attributes;  3. Our uniqueness in these regards justifies the acceptance and propriety of human exceptionalism; and, 4. The clear exceptional nature of man opens the door to the broader discussion of why we alone in the known universe possess rights and bear duties, and the benefits and burdens that such a view establishes.

In contrast, an argument that invokes the imago Dei will hit a wall of futility if the subject of the advocacy replies, “So what? I don’t believe in God.” Thus, to state that Christians should argue from faith risks unilateral intellectual disarmament against those members of the community who reject faith or have a different faith and even among those Christians who do not believe their faith should drive public policy or be forced on the rest of society.

I won’t be able to post about all the essays. But anyone who is interested in this issue, please read the entire symposium. I think you will be glad you did.
0
Print
Email
Prev Article
Next Article