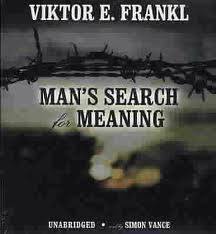 There are going to be some changes coming around here, soon to be announced. But for now, let me say that I plan to expand somewhat on the nature of our conversation—more of an adding to as opposed to a taking from. For example, there will be a more directed focus on those attributes that distinguish us from all other life, and how those (often) intangibles play out in policy and belief.

Case in point: I came across a blog in which a liberal who has essentially rejected the traditional understanding of religion, still lays claim to religious belief by refocusing his (essentially) materialist world view into a “new theism” that isn’t really theism at all.  From Rev. Michael Dowd’s, “New Theism: Knowing Not Believing” on the Huffington Post:

A new breed of theist is emerging around the globe. We are religious naturalists: Reality is our God, evidence is our Scripture, integrity is our religion, and contributing toward a healthy future is our mission.

My point here isn’t to agree or disagree. It is to note that Dowd has lost (if he ever had) “his religion” (as they used to say), but because he possesses the human need to find deeper meaning and essences beneath the materialistic surface, he has redefined a secularist worldview into a form of religiosity:

New Theists are not believers; we’re evidentialists. We value scientific, historic and cross-cultural evidence over ancient texts, religious dogma or ecclesiastical authority. We also value how an evidential worldview enriches and deepens our communion with God-Reality-Life-Universe-Mystery-Wholeness.

New Theists are not supernaturalists; we’re naturalists. We are inspired and motivated far more by this world and this life than by promises of a future otherworld or afterlife. This does not, however, mean that we diss uplifting or transcendent experiences, or disvalue mystery. We don’t. But neither do we see the mystical as divorced from the natural.

New Theists differ from traditional theists in the same way that secular Jews differ from fundamentalist Jews. Most of us do value traditional religious language and rituals, and we certainly value community. We simply no longer interpret literally any of the otherworldly or supernatural-sounding language in our scriptures, creeds and doctrines. Indeed, we interpret all mythic “night language” as one would interpret a dream: metaphorically, symbolically.

Why bother?  If you don’t believe, you don’t believe. Because our needs far surpass merely satisfying our biological appetites. We crave higher meaning. Indeed, that deep desire was the fuel that drove us out of the caves and away from the savannas to erect civilizations—all of which were (and still are)—founded upon some form of religion, ideology, and morality.  Whether or not he intended to, Dowd demonstrated that we are not just “another animal” in the forest.
0
Print
Email
Prev Article
Next Article