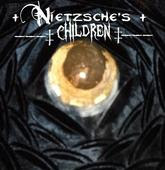 Some say that when humans became aware of death, we invented religion for that precise purpose. But materialists don’t have the (some would say cold) comfort of life after death. If they are right, when our hearts stop beating and infusing oxygen to our brains, we disintigrate into a non existence so complete that the only question left to answer is where our body’s atoms will end up next. Yikes! Talk about destroying hope.

And therein lies the problem that transhumanism seeks to address. Alone among the known species of the universe, human beings need hope. The immortality project and transhumanism seek to avoid the void by pretending we can recreate our bodies—is there really a “self” in materialism?—into at least semi permanence via science.  It is eschatological scientism.

But, to borrow a phrase, live by science, die by science.  A new article by Matt Ridley in the Wall Street Journal suggests this quest is in vain because of the nature of our biology. From “Do Human Beings Carry Expiration Dates:”

Thanks to healthier lifestyles, more and more people are surviving into old age. But that is not incompatible with there being a sort of expiration date on human lifespan. Most scientists think the decay of the body by aging is not itself programmed by genes, but the repair mechanisms that delay decay are. In human beings, genes that help keep you alive as a parent or even grandparent have had a selective advantage through helping children thrive, but ones that keep you alive as a great-grandparent—who likely doesn’t play much of a role in the well-being and survival of great-grandchildren—have probably never contributed to reproductive success.

In other words, there is perhaps no limit to the number of people who can reach 90 or 100, but getting more than a handful of people past 120 may never be possible, and 150 is probably unattainable, absent genetic engineering—even for a monarch [referring to Elizabeth II].

Exactly. The grim reapers has many scythes. Even if we find a cure for cancer—devoutly to be wished—our life expectancy will increase, but almost surely not our capacity for longevity.

Which brings up a question: Why should I care that some people use transhumanism as an escape fantasy to help them get through the nights of their lives until the great disintegration?  Two points: First, I don’t think it is healthy or constructive for transhumanists as individuals.  I believe a more hopeful truth is to be found elsewhere. But that’s me. I profoundly respect the right of each of us to work through existential matters for ourselves.

More broadly, and to the point, I believe that transhumanism is a very destructive and dangerous ideology that promotes eugenics, anti human exceptionalism—with all the potential evils that could entail—hedonism, and the dangerous concept of the ubbermenchen.  It presumes we have the wisdom to replace God as the great creators. That leads to hubris—when what we really need is more humility.

The philosophy also adds fuel to ongoing advocacy for culturally destructive policies and proposals like assisted suicide, human cloning, and genetic engineering and enhancement. By seeking meaning at the level of the material, it pushes the culture toward the sterile dystopia against which Huxley warned in Brave New World.

In these senses, transhumanism is one Nietzsche’s nihilistic children. And look what happened to him.
0
Print
Email
Prev Article
Next Article