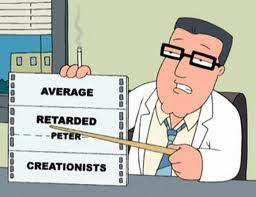 Well, RationalWiki—the “rationalists’” answer to Wikipedia, I guess, has sniffed out human exceptionalism and irrationally label it “creationism.”  From the entry:

The angle the ‘Toot uses for this one is to publish a newsletter called The Human Exceptionalist, a “monthly” report on “the many emerging threats to human dignity and equality” published by the ‘Toot’s “Center for Human Exceptionalism”, headed by Wesley J. Smith.

The rationale is that western civilization “depends on accepting the moral importance of being human”, and a conspiracy of “powerful and bounteously financed ideological forces in seemingly unrelated but actually symbiotically connected fields such as bioethics, radical environmentalism, neo Darwinism, scientific materialism, animal rights, radical environmentalism, and futuristic transhumanism, assert with mounting vigor that being human is morally irrelevant.” Western civilsation is good, therefore creationism is true.Human exceptionalism is posited by Smith as a justifiable development from plain old anthropocentrism, but the phrase is all Smith’s and the ‘Toot’s.

That’s pretty surprising to me. As I have repeatedly stated, I believe HE is true whether we evolved from random processes, were designed through intelligent thought, or were created—or all of the above.  Besides, I am in a bit of trouble among some human exceptionalists because I don’t argue from religion. For that interesting debate, see the Human Life Review’s Symposium on Human Exceptionalism.