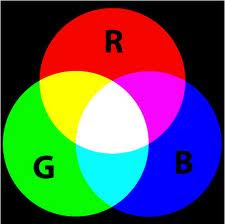 I am keeping an eye on the Ecocide Movement—which would criminalize large scale resource development as the “5th crime against peace”—worried that I seem to be the only one who takes it seriously outside the core of true believers.  But anyone who says that such craziness could never happen has been unconscious or unborn for the last fifty years.

In any event, illustrating the radical nature of the Ecocide Movement; the Marxists have picked up the cause. I noticed an article first published in Socialist Lawyer that envisions putting the head of the current Olympics into the dock because he gave committers of ecocide awards for being green. From, “The Trial of Lord Coe:”

The first morning of the cross-examination is given over to the activities of BP, the Olympic Games’ nominated “Sustainability Partner” and “Official Carbon Offset Partner”. Long before the Games opened, Coe grudgingly accepts, he personally was well aware of the part played by BP in the 2010 Deepwater Horizon drilling disaster, in which around 200 million gallons of crude oil were released into the marine environment of the Gulf of Mexico, killing sea-life in untold numbers. Shown image after image of dying birds, dead fish, ruined seascapes, Coe finally pleads for the images to stop. “Yes, I knew about Deepwater. Everyone did.” “It was the worst oil pollution in the history of the world and your response was to choose BP as a sustainability partner?” Coe shakes his head, mute.

The prosecution moves on to BP’s involvement in the mining of the Canadian Tar Sands. “We now know that by 2012 these alone were responsible for 10% of Canada’s carbon emissions; they kept the world’s car economy going beyond peak oil; and you made BP you Carbon Offset Partner?” Again, Coe declines to answer.

Note, that in the socialist lawyer’s fantasy, the prosecutor isn’t even accusing Coe of harming the environment personally. Rather, by accepting contributions from evil corporations that commit “ecocide”—that is, which help humankind to thrive by bringing oil and other natural resources into the world economy—they murder Gaia, and so he too must be punished as a co-conspiring enabler. And therein lies the authoritarian heart of the Ecocide Movement specifically, and increasingly, enviromentalism generally.

Yes, yes, it is just one obscure article in a fringe journal. But we should still pay attention. Environmentalism is fast becoming a Yellow Movement—the color you get when combining Red and Green.
0
Print
Email
Prev Article
Next Article