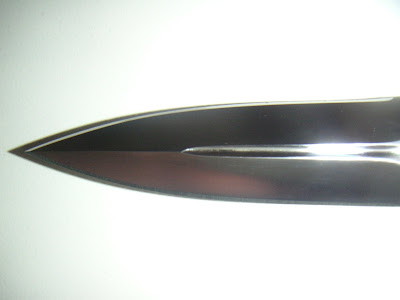 I have noticed that my writing seems to flow in patterns.  Much of that is caused by the flow of news, but I think some of it has to do with certain stories getting my attention, after which I connect dots and become acutely conscious of certain ebbs and flows of advocacy.  Needless to say, that happened recently with the nexus between bioethics and the attack on religious liberties. Today, I published the third article on the meme in the last 10 days, and that doesn’t include the blog entries here.

In any event, the more I thought about the article in the Journal of Medical Ethics that castigates religious parents who resist pulling the plug, the more I saw that it exemplified how bioethics has become the point of the spear.  So, I took to the pages of the Daily Caller.  First, I note that the media took up the call.  From, “Attacking Religious Parents for Refusing to Pull the Plug:”

The international media was quick to pick up on the blatant religion-bashing. CBS News reported:

A study has raised concerns that religious faith is causing parents to  insist on the continuation of aggressive treatment on a child who is unlikely to  recover.

Despite overwhelming medical evidence supporting the withdrawal of  intensive care in extremely ill children who are unlikely to survive, parents  who have deeply held religious beliefs may hold out for a miracle, a small study  has found.

That was all wrong:

In actuality, there was no “study.” Indeed, the “ethics approval” note at the  end of the paper states: “Not really a ‘study’ but a review of cases referred,  and no identifiable clinical details provided.” In other words, contrary  Newsday, we don’t know if there was “overwhelming medical evidence” supporting  the withdrawal of life-sustaining treatment, nor whether the cases were “hopeless.” We are only told that the children had been admitted to the  pediatric intensive care unit presenting with “serious and burdensome” medical  conditions that resulted in disputes between parents and doctors over protracted  intensive care.

Not only that, but the only cases the authors reviewed involved religion as a “non-negotiable aspect” of the discussions — meaning situations involving  non-religiously-based impasses were not scrutinized. And get this: The headlines  about heartless religious parents forcing helpless children to suffer in the  name of their faith involved a mere six cases that took place over a  three-year period

I get into the statistics, and then show the game that is afoot:

Admitting that their argument amounts to “religion being legislated against,” the authors advocate speeding up the procedures for taking dissenting religious  parents — again, only religious parents — before a judge to force withdrawal of  life-sustaining treatment over their objections:

… an accelerated process … would simply become the default position in  religious disagreements on end-of-life management, as it is [in Jehovah’s  Witness cases] for refusing consent for transfusion, which could also result in  death. The obvious difference being the former is seeking a default position  that will result in death whereas the latter is seeking to preserve  life.

That’s a distinction with a humongous difference! Not only are these blood  transfusion cases about preserving life, but time is almost always of the  essence in those controversies, thereby justifying fast-track litigation.  That is rarely true in disputes over removing life support.

There are certainly circumstances when maintaining a dying child’s life is so  egregiously abusive that parental refusal to finally say “enough” should be  overturned by a court. But those are the exceptions, not the rule. In any event,  doctors should have the high burden of proof to demonstrate why dead now is  better than dead or disabled later. And most certainly, disputes involving  religious beliefs should not be treated invidiously or with greater disdain and  intolerance than other circumstances in which parents reject a doctor’s  end-of-life advice.

Most of these futile care cases are not medical disputes, properly defined, but arguments over values.  Doctors/bioethicists should not be allowed to impose their beliefs on family members absent clear and compelling reasons.
0
Print
Email
Prev Article
Next Article