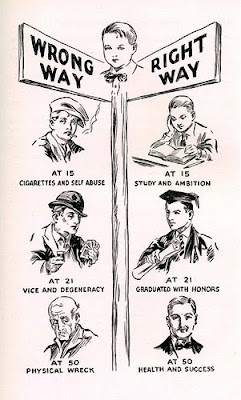 It has been coming for some time, but the top voices in bioethics—by which I mean those who inhabit the top floors of the ivory tower—are almost all blatant eugenicists.  That sure is from whence the first eugenics came from—and the pattern is repeating itself.  First, anti human exceptionalism cultural poison spouted from the top universities.  Then, money from rich private foundations to fuel the advocacy: Philanthropists fueled the first eugenics, just as the secretive Ira W. DeCamp Foundation paid to bring Peter Singer to his academic chair at Princeton. And then, move the cancer from the academic press and symposia into the popular culture.

Everything old is new again. Blatant eugenics has now been promoted in the Reader’s Digest. Julian Savulescu, a eugenicist and crass utilitarian from Oxford, contends that we will have eugenic obligation to engineer embryos to make them somehow ”ethically better children.”  From the Telegraph story:

Professor Julian Savulescu said that creating so-called designer babies could be considered a “moral obligation” as it makes them grow up into “ethically better children”. The expert in practical ethics said that we should actively give parents the choice to screen out personality flaws in their children as it meant they were then less likely to “harm themselves and others”. The academic, who is also editor-in-chief of the Journal of Medical Ethics, made his comments in an article in the latest edition of Reader’s Digest. He explained that we are now in the middle of a genetic revolution and that although screening, for all but a few conditions, remained illegal it should be welcomed.

In the end, he said that “rational design” would help lead to a   better, more intelligent and less violent society in the future. “Surely trying to ensure that your children have the best, or a good enough, opportunity for a great life is responsible parenting?” wrote Prof Savulescu, the Uehiro Professor in practical ethics. “So where genetic selection aims to bring out a trait that clearly benefits an individual and society, we should allow parents the choice. “To do otherwise is to consign those who come after us to the ball and chain of our squeamishness and irrationality. Indeed, when it comes to screening out personality flaws, such as potential alcoholism, psychopathy and disposition to violence, you could argue that people have a moral obligation to select ethically better children. They are, after all, less likely to harm themselves and others. If we have the power to intervene in the nature of our offspring — rather than consigning them to the natural lottery — then we should.”

This is the worst of human hubris.  As the odious Oliver Wendell Holmes wrote in the infamous Buck v. Bell:

We have seen more than once that the public welfare may call upon the best citizens for their lives. It would be strange if it could not call upon those who already sap the strength of the State for these lesser sacrifices, often not felt to be such by those concerned, in order to prevent our being swamped with incompetence. It is better for all the world if, instead of waiting to execute degenerate offspring for crime or to let them starve for their imbecility, society can prevent those who are manifestly unfit from continuing their kind. The principle that sustains compulsory vaccination is broad enough to cover cutting the Fallopian tubes. Jacobson v. Massachusetts. Three generations of imbeciles are enough.

Eugenics originated as a “moral obligation,” moved from there to legal coercion, and ultimately crescendoed into the worst evils of human history.  And now many of those same ideas have regained sufficient respectability the Reader’s Digest editors think them worthy of respectable presentation.  This won’t end well.
0
Print
Email
Prev Article
Next Article