So saith Ozbama, the Great and Powerful, to an idealistic young Dorothy, a bright-eyed millennial Obama Girl wondering how she can ever get back to the land of expected economic American normality all her sweet elders told her about. What she needs is a strong dose of The Stanley Druckenmiller Experience, a powerhouse rock trio featuring head-curdling guitar solos from the man of the same name.

Well, no . . . . . . actually, Stanley’s just a retired money-manager, perhaps most famous for almost buying part of the Pittsburgh Steelers, even though the numbers he’s laying out there might well curdle your head. Here’s a taste of what he’s going around sharing to growing audiences on college campuses, as featured in this WSJ piece from James Freeman :

While many seniors believe they are simply drawing out the “savings” they were forced to deposit into Social Security and Medicare, they are actually drawing out much more, especially relative to later generations. That’s because politicians have voted to award the seniors ever more generous benefits. As a result, while today’s 65-year-olds will receive on average net lifetime benefits of $327,400, children born now will suffer net lifetime losses of $420,600 as they struggle to pay the bills of aging Americans.

No idea how Druckenmiller thinks he can calculate the latter. But to continue:

One of the great ironies of the Obama presidency is that it has been a disaster for the young people who form the core of his political coalition. High unemployment is paired with exploding debt that they will have to finance whenever they eventually find jobs.

Are the kids finally figuring out that the Obama economy is a lousy deal for them? “No, I don’t sense that,” says Mr. Druckenmiller, who is a registered independent. “But one of my points is neither party should own your vote . . . ”

When the former money manager visited Stanford University, the audience included older folks as well as students. Some of the oldsters questioned why many of his dire forecasts assume that federal tax collections will stay at their traditional 18.5% of GDP. They asked why taxes should not rise to fulfill the promises already made.

Mr. Druckenmiller’s response: “Oh, so you’ve paid 18.5% for your 40 years and now you want the next generation of workers to pay 30% to finance your largess?”

Look, I know the limits of Generational Analysis. And I know harpin’ on the Boomers is a temptation for an X-er like me—as I’ve said before, we all owe a lot to sensible boomers in the conservative movement, in comparable cultural movements, etc.  That’s why my preferred term is liberal-boomers . And that’s part of why I’m not crazy about Freeman’s subtitle: how entitlements are helping the Baby Boomers rip off future generations .

But you know, some facebook “friend” of ours today posted us all a quote from Jimmy Carter (sure, from the WWII generation), which basically accused all conservatives of opposing all taxes for the sake of helping poor and being thus obviously opposed to the Bible. This person obviously thinks this bumper-sticker nibblet of thought is in some way ironic, intelligent, biting, whatever . . .

. . . so naw, I’m not going to worry about getting the nuance just right on this one. Liberal Boomers, who seldom if ever seriously criticize the legions of conservative-demonizers in your midst, for this post I will mostly join Mr. Druckenmiller in accusing you outright, that is, I will act as if this was your premeditated plan motivated by selfish interest, and not a pattern of political self-delusion that you fell into, given the drip-drip-drip of Democrat talking points over the years, given your gleeful listening to those who dismissed conservatives as hateful dunces, so that you ceased to even consider the NUMBERS conservatives kept pointing to, and just kept on doggedly voting D.

I could now quote Thomas Jefferson about how one generation should not burden another. But I’d prefer to quote the Bible on repentance. We could still use some of your voice if you’re prepared to engage in that, on some political level.

My main remarks and questions, however, are for the pro-Obama millennials. Those sweet liberal boomers, and their ironically-sweet disciples of my generation X, you have to get past their narratives, their self-delusions and demonologies, get past them, for one, to even admit the math:

[Druckenmiller] . . . also rejects the “rat through the python theory,” which holds that the fiscal disaster will only be temporary while the baby-boom generation moves through the benefit pipeline and then entitlement costs will become bearable. By then, he says, “you have so much debt on the books that it’s too late.”

Hmm . . . . . . not exactly the type of policy problem Upworthy or Yahoo! chooses to highlight, right?  Of course, if you tuned into conservative media, you would know something about it: 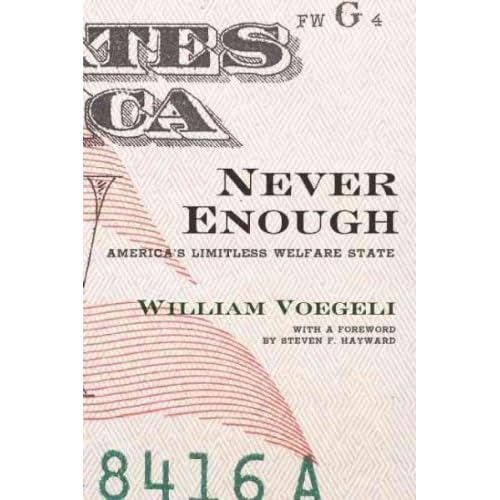 But back to Druckenmiller:

. . . ”the debt accumulates while the rat’s going through the python,” so by the 2040s the debt itself and its gargantuan interest payments become bigger problems than entitlements. He points to a chart that shows how America’s debt-to-GDP ratio, the amount of debt compared with national income, explodes in about 20 years. That’s where Greece was when it hit the skids, he says, pointing to about 2030.

Druckenmiller’s math describes your misery to come, on top of the constraints you’re already under. For what was going on with the liberal boomers’ management of their collective bank accounts, so to speak, and the policies relevant to the your pitiful future collective bank accounts, wasn’t so sweet, even as they told you you could be anything . . . . . . or perhaps merely that there would be some tolerable-enough job for sweet you.

But maybe there won’t be.

And maybe a man-made disaster far worse than any tornado, one of unknown economy-ruining and perhaps even society/regime-ruining power, is bearing down on your home, on everyone and everything you know.  No-one can say when it will come or if it will, only that the clouds look increasingly menacing.

Of course the liberal boomers loved Obama. His very existence, or rather the surface of it, was a mirror that confirmed all their preconceptions, and blocked out all the doubts. The more cynical and saavier ones among them at least knew that it would do so for a younger version of themselves, so they willingly slipped behind the curtain . Gotta have someone to fan the fires of the Faith.  And O’s brand of magic certainly did not in any way challenge or insult them. Nor shake-up their collective account-books, even if many of the richer ones paid higher taxes.

But why did you love that idea, that image? Why were you awed by the Voice?

And what ought your second-thoughts about that love prompt? Do you have anything to repent of also?

That is, Druckenmiller can clue you to the shocking truth about your self-interest, which to defend you will need to vote Republican at all state and national levels of government, at least until the population of the endangered species Fiscally Conservative Democrat rebounds sufficiently.  But Druckenmiller and all his money talk is never going to touch your soul the way Obama’s talk did. If Obama’s vision really was your Emerald City in the distance, and conservatives like me really were your Witch-led legions of flying monkeys, you need to start asking what that tells you about yourself.  About the interaction of you, and things political. So yes, millennials, please start learning about and fighting for your interests. But don’t forget to fight for your soul in this, that is, to consider what the apparently political winds you’ve been tossed by indicate about yourself—about the need for humility, the poisonous luxury of despair, and the contemptible sloth of the easy answer.  For the outward imprint of your spirit, in some collective manner, will eventually become America’s.  We’re all in trouble together.