Carl’s Rock Songbook is a series focusing on a particular rock song or issue connected to rock music.

In the course of my learning the Gen-X alternative rock catechism, perhaps it was when I was reading an issue of Spin magazine sometime in the 80s, I was told that the release of The Velvet Underground’s first LP in 1967 was a symbolic rejection, by those NYC bohemians in the know, of the Counter-Culture creed of Love, Drugs, and Easy Hedonism emerging on the opposite coast.  Songs like “Heroin” and “I’m Waiting for My Man” gave you the dark side, that is, the reality, about drugs, and songs like “Femme Fatale,” “There She Goes Again,” and “Venus in Furs,” gave you the reality about love/sex. This eventually led to the more fulsome reaction against the insufferable idealism of the hippie dream by Punk and New Wave. Bowie, Bangs, Iggy, Kraftwerk, the Ramones, the Sex Pistols, Siouxsie, Echo, and Joy Division, they all in one way or another drew inspiration from the mighty VU, and its provacative dismissal of the San Francisco creed.

In my last several Rock Songbook posts I’ve been considering what that creed said about Love, particularly through the songs of the early Jefferson Airplane. I highlighted band leader Marty Balin’s 1966 claim that all the songs we do are about love, and analyzed the way their first LP connected the advocacy of fraternal love in “Let’s Get Together,” with that of romance and free-love in the rest of the songs. I also showed how members of the Airplane were not entirely unaware of the ways the quest for Love could go wrong. If they most notably sang songs celebrating eros, that is, romantic couple-love, not all of these songs came with unambiguously “happy endings.”

Now when the Airplane brought Grace Slick into their band in late 1966, they had to decide whether to bring some of her songs in as well, that is, whether or not to adopt them as Jefferson Airplane songs. I suppose adopting “White Rabbit” was a no-brainer, but adopting “Somebody to Love” was, I suspect, a trickier decision.The Airplane had branded themselves as champions of Love, and here was a song antithetical to that. (Slick’s earlier band The Great Society had titled it “Someone to Love” and it was actually written by Grace’s then-brother-in-law Darby Slick) 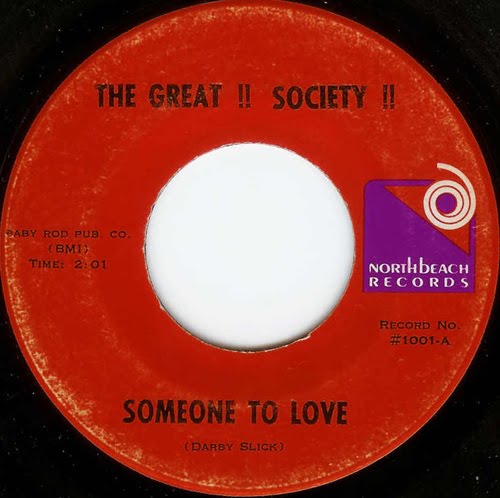 The song’s real power, I think, is right in the couplet that opens it:

When the truth is found, to be lies,
and all the joy, within you dies!

Bam! This particular person is wrenched right out of the gentle love-stream the Airplane sings about elsewhere, out of the warm and wide-eyed generosity toward the world felt in the early stages of being in love. The beloved has been lying, and is in fact an unlovely person. It all meant nothing, and the response is one of rage, and despair.

And while we feel that the singer knows something of what it is to experience this moment, for the rest of the song she is more an observer than an empath-izer. This is not going to be a song where the complaints against former beloved are aired. Rather, its about showing how the lover, the “you” of the song, is messed-up.

So if you’ve had a horrible break-up, you can play this song, revel in its declamatory anger, and it will seem that the singer is with you—but actually, she is more like some cold-eyed goddess looking down upon you, regardless of the anger she is helping you to stoke.

Should it really be the case, she implicitly asks, that all your joy now dies?  Did you invest too much into hippie slogans, say, ones found in those Marty Balin liner notes, where he spoke of his generation having …an identification with love affairs…explaining who you are and all that?

Here are the opening lines of Jefferson Airplane Takes Off, from “Blues from an Airplane”:

Do you know, how sad it is to be a man alone?

In that song, the seeking out the love, the “getting together,” is the solution. Eros redeems the jet-age blues. Contrast with this:

Here, the love-seeker (this time, apparently female—tears are running down your dress) is being criticized for assuming that love is the answer, that running to the next love affair is what the situation requires.  “Better find somebody to love” is not, for this hapless “you” a recommendation, but a critical observation of what she is all too likely to conclude. It is the emblem of her pathetic desperation—of course her friends begin to distance themselves, treating her like a guest.

Being in love with love is, or can become, unhealthy.

Think that is too strong?  Think, “Hey, they just knew it was going to be a hit!”  Well, listen to their version of it, and particularly to the moment around 0:32 when Grace adds a deadpan “love” to the end of the line. 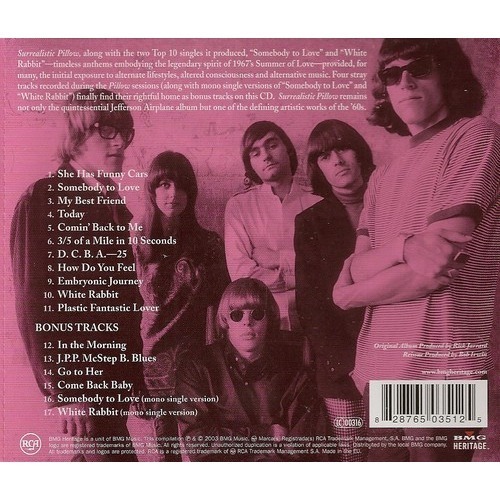 Sure, Surrealistic Pillow, still has those folk-rock moments that revel in the new way of Love, such as “D.C.B.A. 25,” “How Do You Feel?,” and particularly, “My Best Friend.” But along with “Somebody to Love,” there are much darker notes being sounded now, such as “Plastic Fantastic Lover” and “3/5 of a Mile in 10 Seconds,” songs that show a growing awareness of how free-love can be abused. And to the Airplane’s credit, songs like “Today” and “She Has Funny Cars,” which certainly could have fit into poetic “love-world” of their first LP, remain alive to the pain and uncertainty ever-present in eros… …a sense that melts away in the worst hippy-dippy propaganda such as Lennon’s “All You Need Is Love.”

“Somebody to Love” is evidence that right from the get-go, rock artists on the counterculture’s cutting edge saw that lots of those coming to their New Happening would not quite get it, would inevitably over-do it, and would prove all too needy for the love-magic they were musically mixing. I don’t know what could have humbled Jefferson Airplane enough to really think twice about what they were up to, that is, about the mytho-poetic fire they were playing with, which really would produce quite a few “casualties,” literal and otherwise, as the 60s progressed.  But this song shows us that they didn’t need Lou Reed and co. to give them reservations about deifying Love, and, that we can’t find them completely guilty of doing so.