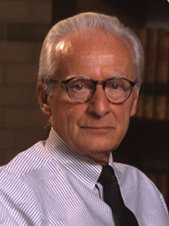 One of the marks of a virtuous character, according to Aristotle, is the performance of virtuous acts with ease and delight. On that basis, as well as others, Ralph McInerny was a remarkably virtuous man. One of Ralph’s most beautiful books is entitled The Very Rich Hours of Jacques Maritain: A Spiritual Life , the premise of which is that “we can find in the person of Jacques Maritain a model of the intellectual life in the pursuit of sanctity.” Those words certainly apply to Ralph, one of the great Catholic intellectuals of our time. What distinguished Ralph was not just his fidelity, his intelligence, and his astonishing productivity, but his gracious and ready wit. He possessed a knack for conversation with everyone”from philosophers and politicians, to the elderly and children. Unlike most gifted individuals, Ralph was never burdened by his gifts. He engaged in serious pursuits joyfully, almost playfully.

Ralph excelled in so many spheres and combined so many virtues in his person that it is difficult to know where to begin in recounting his noteworthy achievements. He was a philosopher (author of more than two dozen scholarly books, he gave the prestigious Gifford Lectures in 1999“2000), a translator (he translated the texts of Aquinas for Penguin Classics), a critically acclaimed and popular novelist (author of a number of mystery series, including the popular Father Dowling series that became a television series), a public intellectual (he appeared on William F. Buckley’s Firing Line , and was a member of President George W. Bush’s Committee on the Arts and Humanities), a journalist (with Michael Novak, he founded Crisis , a journal of lay Catholic opinion), and a published poet. In the midst of all this activity, Ralph was remarkably generous with his time and his help, especially for his students, in whose families he expressed an avid interest.

In recent years after the death of his beloved wife Connie, with whom he had seven children, his thoughts turned increasingly to age and death. In a wonderful and deeply autobiographical volume of poems, The Soul of Wit , he reflected at length on death. He said often that since Connie died, he felt posthumous. They were indeed a perfect match. As a graduate student, I met Connie when Ralph introduced her by saying, “Have you met my first wife?” With a wit as quick as Ralph’s, she had no trouble keeping up. Even or especially when occupied with thoughts of easeful death, Ralph’s humor emerged. He liked to tell the story about a hospital visit to see a failing Jean Oesterle, his Notre Dame colleague, a convert to the faith, and a translator of Aquinas. Hesitantly, he asked, “Jean, do you know who I am?” She retorted, “Don’t you know?”

Ralph had an indiscriminate love of puns; he seemed to enjoy bad puns more than good ones”a thesis that would seem to be confirmed by a perusal of the titles of his mystery novels ( On This Rockne , Irish Gilt , Law and Ardor , Rest in Pieces , or The Book of Kills ). An appreciation for the nuances and richness of ordinary language informed not only his humor but also his practice of philosophy. His most important philosophical text was Aquinas and Analogy , a study of the way Thomas Aquinas, following Aristotle, teased out of the complexity of ordinary language unities of meaning. He rejected the idea that Thomas Aquinas provided us with a philosophical system intended to compete with other systems. Instead, Thomas was asking in a more precise way questions every human being asks; he is interested in the human good, not the good of professional philosophers or intellectuals. In keeping with this working assumption, Ralph wrote both for elite groups of scholars and for intrigued laymen. With the latter group in mind, he penned A First Glance at Thomas Aquinas: A Handbook for Peeping Thomists . His distinctive approach to Thomas Aquinas is most evident in his supple account of natural law (see Ethica Thomistica , for example), and in his defense of natural theology in the text of his Gifford Lectures, published as Characters in Search of Their Author , the thesis of which Ralph states thus: “For us it is all but inevitable that, however momentarily, we feel ourselves to be part of a vast cosmic drama and our thoughts turn to the author, not merely of our roles, but of our existence. Natural theology is one version of that quest.” Ralph’s philosophical work flourished at the University of Notre Dame, to which he moved in 1955, after receiving his doctorate at Laval under the great Thomist Charles DeKoninck and teaching for one year at Creighton. His first office at Notre Dame was in the administration building, the Golden Dome. When he and a colleague became intrigued by the presence of an old safe, they opened it, and, amid the clutter, discovered a draft of a novel written by Knute Rockne. At Notre Dame, he held an endowed chair as the Michael P. Grace Professor of Medieval Studies; he was also director of the Maritain Center and of the Medieval Institute.

Early on at Notre Dame, he began, in addition to his teaching and philosophical work, to write fiction. The story of how he made the transition from wanting to be a writer to becoming one is illuminating. After a time in which he haphazardly polished off and sent out short stories for publication, only to receive rejection letters, he decided that he would write daily over the next year. If nothing were accepted for publication, he would take that as a sign it was not meant to be. So, every evening, after he had put his children to bed, he would repair to his unfinished basement and stand, not sit, before his typewriter pecking away from 10 p.m. to 2 a.m. On the wall in front of him, he had posted these words in bold, “No One Owes You a Reading.” He eventually published some short stories and then had a breakthrough in 1969 with The Priest , a work that became a bestseller. He wrote more than eighty novels and received the Bouchercon Lifetime Achievement Award for mystery writing.

Ralph’s life and career will always be enmeshed with the university he loved, Our Lady’s University. He was of course deeply chagrined at the direction of the University. The concerns about Notre Dame’s Catholic identity have become very public in the past few years with the administration’s decisions to elevate the tawdry Vagina Monologues to the status of great art and to award an honorary doctorate of laws to a pro-abortion president. Before all that, Ralph objected to the premature firing of Coach Tyrone Willingham, in an New York Times op-ed piece “The Firing Irish,” and to the unseemly image of a president and priest chasing down potential coaches on airport tarmacs in the dead of night. Even prior to that, Ralph objected to hiring practices that focused exclusively on “academic” criteria and rendered irrelevant knowledge of, and sympathy for, the Catholic faith and intellectual tradition. For Ralph, the accelerating abandonment of things Catholic at Notre Dame was the direct result of a craven quest for success understood in conventional, and often quite secular, terms.

It is common to say that Notre Dame’s motto is “God, Country, Notre Dame,” but Ralph was quick to remind us that the official motto is “vita, dulcedo et spes””words meaning “life, sweetness, and hope” from the Latin Marian prayer, Salve Regina . How fitting that Ralph’s last book, published just months ago, is Dante and the Blessed Virgin . Again, what he said of Jacques Maritain is equally true of Ralph. Teacher of teachers, he was a “model of the Christian philosopher, of the Thomist, both by what he taught and what he was.”

Thomas S. Hibbs is Distinguished Professor of Ethics and dean of the honors college at Baylor University.