“Justice and fairness” has become something of a mantra ever since presidential candidate Barack Obama told Joe the plumber that his hope was to “spread the wealth around” so that the economy is “good for everybody.” The plumber, Samuel Wurzelbacher, was less than thrilled by the implications of spreading the wealth, since his fear was that much of the wealth the president-to-be proposed to spread around was the plumber’s. But that has done nothing to give pause to President Obama’s determination to answer the “call to justice and fairness.” In his 2009 Lincoln’s Birthday speech in Abraham Lincoln’s hometown of Springfield, Illinois, the president described justice and fairness”the “sense of shared sacrifice and responsibility for ourselves and one another””as “the very definition of being American.” 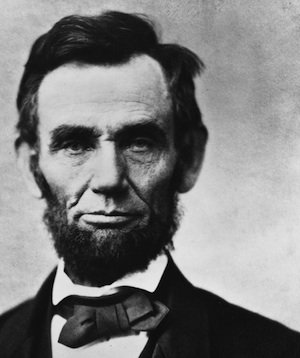 Perhaps. But that was not Abraham Lincoln’s definition of justice or fairness or “being American.” And our current president’s failure to see that gives us an uneasy sense that Barack Obama has wrapped himself in some other man’s coat.

Lincoln certainly had more than a little to say about justice. After all, he was a lawyer by profession. “My way of living leads me to be about the courts of justice,” he joked in 1848, although what he saw happening there wasn’t always justice. “I have sometimes seen a good lawyer, struggling for his client’s neck, in a desperate case, employing every artifice to work round, befog, and cover up, with many words, some point arising in the case, which he dared not admit, and yet could not deny.” And in politics, which was his other great vocation, he had seen how often “the immutable principles of justice are to make way for party interests, and the bonds of social order are to be rent in twain, in order that a desperate faction may be sustained at the expense of the people.”

But this somehow never made Lincoln cynical about either law or politics. He never doubted that certain “immutable principles of justice” existed, or that people could discern them in the law of nature itself. Slavery was a prime example. In one of his earliest political acts in the Illinois state legislature, Lincoln branded “the institution of slavery” as “founded on both injustice and bad policy.” That “injustice” was so plain that it scarcely needed explaining. “All feel and understand it, even down to brutes and creeping insects.” Even the “ant, who has toiled and dragged a crumb to his nest, will furiously defend the fruit of his labor, against whatever robber assails him.” And, by the same token, even “the most dumb and stupid slave that ever toiled for a master, does constantly know that he is wronged.” In their heart of hearts, slaveholders knew it, too: “Your sense of justice, and human sympathy” is “continually telling you, that the poor negro has some natural right to himself”that those who deny it, and make mere merchandise of him, deserve kickings, contempt and death.” What trampled across this inherent sense of the injustice of slavery was nothing but self-interest, aided by pure, raw power, since “an arbitrary exercise of power” is what leads to “still more flagrant violations of right and justice.”

But Lincoln believed that the chief barrier to power was not “fairness,” but law. “The injustice of men” is not righted by compensatory displays of well-intentioned power, but by faithful adherence to law. “If some men will kill, or beat, or constrain others, or despoil them of property, by force, fraud, or noncompliance with contracts, it is a common object with peaceful and just men to prevent it,” Lincoln explained. “Hence the criminal and civil departments” of law. One of the tasks of government, then, is the impartial application of law to all of its citizens.

Still, even government can develop a nasty appetite for power, especially if it can be disguised as the dispensing goddess of fairness. “The legitimate object of government,” Lincoln argued, “is ‘to do for the people what needs to be done, but which they can not, by individual effort, do at all, or do so well, for themselves.’” It could not reach toward the redress of inequities in property, talent, wealth, industriousness, or self-esteem without appropriating lethal amounts of power that, sooner or later, would bring down both fairness and law together. “At the foundation of the sense of justice there is in me,” Lincoln said, is “the proposition that each man should do precisely as he pleases with all which is exclusively his own.” And he extended that “to communities of men, as well as to individuals.”

Lincoln was not oblivious to economic or social unfairness. How could he be, having been born poor? But what he thought was the genius of the American system of law and government was the opportunities for self-transformation it opened up, not the “fairness” it mandated. “Twenty-five years ago, I was a hired laborer,” he said in 1859. But “the hired laborer of yesterday, labors on his own account to-day; and will hire others to labor for him to-morrow.” Under a government of laws, “it is best for all to leave each man free to acquire property as fast as he can.” That will not guarantee the same results for everyone. “Some will get wealthy.” But in the case of those who didn’t, the solution was not to “spread the wealth” by interposing the hand of power. “Let not him who is houseless pull down the house of another; but let him labor diligently and build one for himself.”

Not every complaint about fairness is really a protest against injustice; and not every complaint about injustice can be satisfied without running some risk that its real motive is the will to power. “Inequality is certainly never to be embraced for its own sake,” Lincoln admitted. But that was no sanction for “the pernicious principle . . . that no one shall have any, for fear all shall not have some.” Two hundred and one years after Lincoln’s birth, it might be well to remind ourselves that the real enemy of both fairness and justice is not weakness of will or an unwillingness to bear “shared sacrifice,” but the seeping gas of power.