Pastors often make the mistake of romanticizing their first parish. Nothing ever again matches the depth of faith encountered, nor the affirmation of pastoral effort as happens in the first parish. That is if it was a good experience. If it wasn’t, the pastor is apt to drop out of parish ministry within the first five years of ordination, or take another call and repeat the same bad experience. Some pastors“sorry to say it“may have twenty years of ministry under their belt when, in fact, what they have had is the same bad experience twenty times. A fellow I know (I’m part of his e-mail support group) is always on the edge of being dismissed, and he is in his fourth parish. Pastors who can escape the parish do. 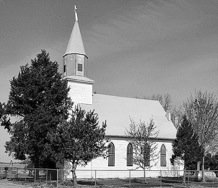 Among pastors now working as, say, hospital chaplains or Fox News commentators”always about as far from the parish as they can get”one will find a lot of former pastors disillusioned with congregational ministry. Yes, I know, that is a very, very broad bush stroke and, I agree, unfair to chaplains. It hardly fits uniformly every unhappy pastor, but it does fit quite a few happy hospital chaplains, although that’s not saying anything against chaplains. But for pastors with a “successful” first call ministry”like me”romanticizing the first parish is the first pastoral mistake when moving to a second.

I think of my first call”Shangri-La Lutheran, Xanadu, Nebraska”a parish comprised of a small town congregation and one in open country, with deep fondness and with a memory of perfected pastoral ministry. I often wish I could replicate those years all over again. If, as C.S. Lewis once suggested, heaven is a place where we may in fact recreate our best memories that is what I want to do. I suspect, though, I shall never find it as my lofty imagination now remembers. As mistakes go, romanticizing my first call possibly is pardonable. I had such a fulfilling time in that parish. No doubt the other parishes I have served since have suffered by the comparisons I have consciously or unconsciously made with my first ministry.

Granted, what made my first parish such a success is that I looked better than the pastor I replaced. My predecessor, poor guy, got canned three years into his tenure. He had never had a good parish experience, but by any measurement the first two unquestionably were much, much better for him. For one thing, neither had acted to dismiss him. This third time out, though, matters came to a formal vote with the bishop presiding in the chair over a joint meeting of the two congregations. To rescind a pastoral call required a three-quarters majority. The vote was nearly unanimous, but that, I learned, didn’t mean it had been welcomed. Everybody was mad at everybody else. They were mad at the pastor for not taking a hint and resigning, mad at the bishop because he just couldn’t remove a pastor, and mad at all the circumstances that had brought it about. A pastor who could speak in sequential sentences and who didn’t openly drool in public would have done well by any comparison.

Congregations that dismiss their pastor gain, shall we say, a certain reputation and not a favorable one. Just read through St. Clement’s Letter to the Corinthians . The parish had been vacant a year and a little longer. Possible pastoral nominees exhibited some leeriness and none had taken the bait. The interim pastor, by the way, was a hospital chaplain out of Omaha who, I learned later, detested parish life. When I called him to discuss the parish, he warned me to stay away from it. They were a miserable and demanding people who couldn’t be pleased. He’d also been friends with the previous pastor. A freshly minted pastor straight from seminary, with no job, two kids and a ton of school debt doesn’t have many options. So when the congregations voted the call, I swallowed hard and accepted.

To say I was nervous moving to my first parish would be to employ a euphemism for scared spitless. And I can’t say I made a very good first impression with the church council members who showed up to unload the rental truck. I didn’t cut a dashing figure. I was wearing Bermuda shorts. That, let me point out, is never a very good fashion choice in rural Nebraska.

Bermudas in rural Nebraska tend to confirm the “sissy” picture some people have of pastors. My first lesson in rural ministry: Bermudas are best limited to women, and maybe to small boys twelve and under when not doing farm chores. I picked this up from the fellow who muttered something like “Nice legs, pastor,” as he passed me carrying a chair into the parsonage.

Coming up on my first Saturday in the parish and scheduled to preach my first sermon the next day, I decide it would be a good idea to locate the first of my two congregations, the one out of town. Seven miles north and four miles east of the parsonage, I was told; just follow the roads separating the sections, each on a one square mile grid”more or less. Two hours later after stops at two farm houses to ask directions, I did find the church and no sign out front.

There was a fellow in the cemetery next to the church watering grave flowers. He turned out to be a parishioner. I decided to pump him on parish conditions and I blurted to him I was a little worried about the place. He didn’t answer but instead took me on a long, rambling, somewhat melancholic tour of the cemetery, pointing out the graves of his grandparents, his parents, this deceased member, that next one, and on. Within a few minutes I knew more dead parishioners than live ones. Finally, he paused in front of a headstone from the late 1890’s. He looked me over slyly, sighed, and shook his head sadly. “One of our former pastors is buried here. Too bad he didn’t work out.”

Ah, something I could understand, dry, ironic wit. “So,” I deadpanned, “starved on the salary, did he?” The guy patted me on the back. “You’ll do.”

Russell E. Saltzman is pastor of Ruskin Heights Lutheran Church, Kansas City, Missouri. His previous On the Square articles can be found here .