Wife and Number Two daughter should not be left unattended in used book stores. That’s how we ended up with the latest additions to our growing array of used (and all but used up) books: What a Young Wife Ought to Know (1901) and a companion volume, What a Young Husband Ought to Know (1897). Both were part of a “Sex and Self” series on how to live a successful Victorian middle class life.

The author of Young Husband , Sylvannus Stall, might be pretty interesting by himself. He was a prominent Lutheran pastor, turns out, editor of Stalls Lutheran Year Book and a buddy of sorts with H. L. Mencken. However, no longer being exactly young myself (though I’m still frequently carded when I ask for the senior’s discount) I decided to skip the husbands and headed directly for the young wives. 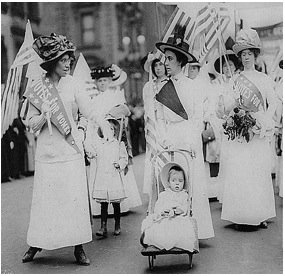 Mrs. Emma F. Angell Drake, M.D., the book’s author, was, according to the cover, a professor of obstetrics at Denver Homeopathic Medical School and Hospital. The book carries an endorsement by no less than Elizabeth Stanton, prominent in the abolitionist effort and later prominent in women’s suffrage. I was expecting a casual hoot, looking for antiquated if not dangerous medical advice for women. It was in 1901, after all, that the best of medical attention more or less killed President McKinley after he was shot. I found some of that, but I also found a burgeoning feminist sensibility. Throughout this book the young wife is the equal of the husband, never a mere counterpart.

Dr. Drake has advice on everything, from how to assemble a trousseau before marriage to making wise choices in furniture once a woman is wed. She warns against “ruinous displays at weddings.” Keep it tasteful, and above all affordable. That won’t get into today’s pages of People but, then again, that’s probably a good thing. Some of her advice frankly grates. Drake has ungenerous notions on heredity and how to avoid the faults and transmit the virtues connected to it. It’s pretty clear with which classes she thinks most of those faults lie. Equally grating to some will be her assertion that the locus for what the young wife should know and where she should put her knowledge to use is the home. There she finds her true greatness.

But Drake’ advice was directed toward a goal: Making a gracious home”in this order”for herself, first, and her husband and children second. One might see all this as a working model of the old adage, “If mama ain’t happy, ain’t nobody happy,” but I think that’s missing a serious point. Dr. Drake sought to produce successful women. And successful women do not derive their happiness by being petted and placated. To do that, she asserts a sexual equality between men and women that surprised me, upsetting my assumptions about the period, and she insists that enforcement of that equality falls upon the woman as she takes responsibility for herself and, among other things, coolly examines a prospective husband.

For the record, I would not have liked filling out the questionnaire Drake envisioned for prospective suitors, but when it comes to my own two daughters yet at home, I may hand it to their future intendeds.

• Do you bring to your bride the same purity that you expect from her?

• What companions have you, whom you would not care to bring to your home or introduce to your wife?

• What in your life and habits have you hidden, and would you still hide from her?

• How many hours of thought have you given to the wise, earnest fitting for fatherhood?

Dr. Drake gets in your face. “The wife has a right to expect that the man she marries shall be as pure as herself, and she has a right to know it.” And if she cannot learn this for a certainty, then “as she values her happiness, let her take no step further. Better by far, single blessedness, than marriage with a moral leper.”

A brief note to moral lepers: If that “purity” thing sounds just too weird for today, insert one or all of these: “intelligent,” “hard-working,” “compassionate,” “constant,” “devout.” They will do as well.

Along with demanding recognition of women’s rights, Drake also demands that women accept certain responsibilities: “The moment conception takes place, that moment there is life; and whether the crime [abortion] be committed in six hours, six weeks or six months, the sin is in all cases of equal enormity.” That probably won’t go over too well today, either. But, to her thinking, it is part of being “woman.”

I thought I was going to find a book that made Victorians look, um, Victorian, like their pictures: posed stiffly in antiquated costumes that betrayed as well an antiquated mind alien to the progressive times in which I live. I found instead a thorough understanding of a woman’s dignity, strength, and obligations to herself, carefully laid out in practical affairs that, in fact, every young wife, every woman, should know.

Russell E. Saltzman is an online homilist for Christian Leadership Center at the University of Mary, and author of The Pastor’s Page and Other Small Essays . His previous On the Square articles can be found here .

What a Young Wife Ought to Know

What a Young Husband Ought to Know