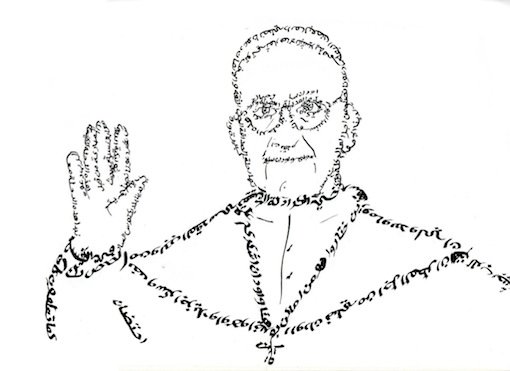 This morning, Pope Francis presided over his first pontifical Mass inside St. Peter’s Basilica. Previous Masses have been said outdoors beneath the basilica’s sagrato . The Chrism Mass was concelebrated with the cardinals, patriarchs, archbishops, bishops, and secular and religious priests present in Rome. During the Mass, the clerics renewed their vows and the oils of the sick and the catechumens as well as the chrism oil itself were blessed. The Office of the Liturgical Celebrations of the Supreme Pontiff indicated that some 1600 secular and religious priests from the Diocese of Rome and the Roman colleges participated in the renewal of vows.

The Spanish-based cooperative “Arte e Alimentación SL” donated the oils used at the Mass. At the conclusion of the liturgical celebration, the oils were taken to the Papal Archbasilica of San Giovanni in Laterano. Pope Francis will take possession of the cathedra of the Bishop of Rome on April 7. Known as St. John Lateran in English, the basilica is the official seat of the Roman bishop. The blessed oils will be used in the sacramental celebrations of the diocese of Rome.

Reflecting on the meaning of the oils, Pope Francis claimed that:

We need to “go out,” then, in order to experience our own anointing, its power and its redemptive efficacy: to the “outskirts” where there is suffering, bloodshed, blindness that longs for sight, and prisoners in thrall to many evil masters. It is not in soul-searching or constant introspection that we encounter the Lord: self-help courses can be useful in life, but to live our priestly life going from one course to another, from one method to another, leads us to become Pelagians and to minimize the power of grace, which comes alive and flourishes to the extent that we, in faith, go out and give ourselves and the Gospel to others, giving what little ointment we have to those who have nothing, nothing at all.

As soon as this evening, Pope Francis will act on those words when he celebrates the Mass of the Lord’s Supper at the Istituto Penale Minorile di Casal del Marmo, a juvenile detention center located on the outskirts of Rome. Pope Emeritus Benedict XVI visited there on March 18, 2007. The Mass will be humble and simple, but it will be closed to the international news media.

The Mass has attracted some criticism, however. In 2012, the detention center housed 251 inmates. Of those, 172 were male and 79 were female. The inmates are Italian and foreign. Some of them come from Africa. This suggests that there are Christians as well as non-Christians housed there. The Vatican’s press officeannounced that “the pope will wash the feet of twelve of [the inmates], who will be chosen from different nationalities and diverse religious confessions.” And therein lies the rub.

Some Catholics have registered disapproval with the fact that the pope will be washing the feet of women and individuals of “diverse religious confessions.” In their defense, both the Roman Missal and the Congregation for Divine Worship and the Discipline of the Sacraments (CDWDS) instruct that the feet of men ( viri ) alone are to be washed. For instance, the CDWDS document Paschales Solemnitatis of 1988 observes: “The washing of the feet of chosen men which, according to tradition, is performed on this day, represents the service and charity of Christ, who came ‘not to be served, but to serve’ (Matt XX: 28).” It adds that “this tradition should be maintained, and its proper significance explained.” On these grounds, some Catholics allege that the pope is abusing the tradition in washing the feet of women, let alone non-Christians.

But, lest one become lost in minutiae, we are talking about the pope, here. The 1983 Code of Canon Law states that “the bishop of the Roman Church, in whom continues the office given by the Lord uniquely to Peter, the first of the Apostles, and to be transmitted to his successors, is the head of the college of bishops, the Vicar of Christ, and the pastor of the universal Church on earth. By virtue of his office he possesses supreme, full, immediate, and universal ordinary power in the Church, which he is always able to exercise freely” (1983 CIC c. 331). Of course, there are things that no pope could ever do. For instance, popes can neither ordain women to the priesthood nor consecrate invalid matter at the altar. But we’re talking about an optional rite”the so-called mandatum ”and not one of those things.

At this writing, the Vatican’s Sala Stampa has not clarified whether the pope will wash the feet of non-Christians, such as Muslims. We do know that when he was the Archbishop of Buenos Aires, Cardinal Jorge Mario Bergoglio used to celebrate the Mass of the Lord’s Supper at prisons, hospitals, and hospices for the poor and migrants. He received neither censure nor sanction in the past. The Vatican’s Press Office describes this evening’s ritual as a continuation of that established custom.

What seems to be on the heart of Pope Francis”the Vicar of Christ and the pastor of the universal Church on earth”is a desire to move out from under a stifling, dull, and technical rubricism toward the Paschal light of Christ’s redemptive charitable love. Papa Francesco is seeking to bring Christ to the women and men of diverse religious confessions of Casal del Marmo. He is able to do this because he is the bishop of Rome.

As the Church enters into the sacred Triduum, let us all dial down the divisive rhetoric and enter into the communion of the Church at the side of the Vicar of Christ. Let us remember the words of Papa Francesco, spoken at this week’s General Audience”the first of his pontificate:

Holy Week challenges us to step outside ourselves so as to attend to the needs of others: those who long for a sympathetic ear, those in need of comfort or help. We should not simply remain in our own secure world, that of the ninety-nine sheep who never strayed from the fold, but we should go out, with Christ, in search of the one lost sheep, however far it may have wandered.

Holy Week is not so much a time of sorrow, but rather a time to enter into Christ’s way of thinking and acting. It is a time of grace given us by the Lord so that we can move beyond a dull or mechanical way of living our faith, and instead open the doors of our hearts, our lives, our parishes, our movements or associations, going out in search of others so as to bring them the light and the joy of our faith in Christ.

John Paul Shimek is studying for a doctoral degree in theology and religious studies at the Pontifical John Paul II Institute in Washington, D.C. The above image, rendered in Arabic text from a speech of Pope Francis, was made by Olaf Tollefsen.