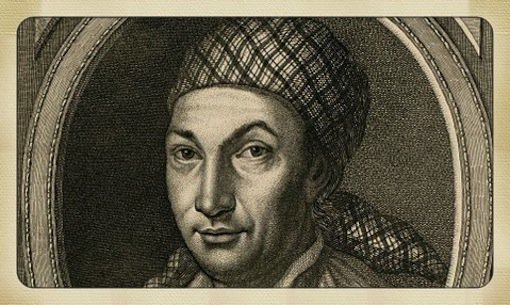 In 1758 a young, dissolute Prussian named Johann Georg Hamann found himself in a deep despair, wandering lost in the world, searching intensely for the “Light of life.” He found it”or, rather, it found him”in the wonder of the Word made flesh. After his conversion through prayer and the reading of Scripture, he aimed his quill at the foundations of modern philosophy and became, in many senses, the Johann Sebastian Bach of philosophy: “a true pan of harmony and discord, light and darkness, spiritualism and materialism” (as Schelling so perceptively called him).

The importance of Hamann’s thought, as David Bentley Hart has noted, “would be difficult to exaggerate not only [because of] the immensity of his influence upon all the great European intellectual and cultural movements of his age, but [also for] his continued significance for philosophers and theologians.” Goethe called him “the brightest mind of his time,” and Wilhelm Dilthey remarked that “Hamann lives on, indeed, has greater prominence than before. He is one of the most profound Christians and defenders of Christianity in our century.”

Hamann’s polemics against the Enlighteners (certainly a misnomer, he argued) focused on their lust for establishing a philosophical border patrol. They longed to circumscribe all knowledge within the bookends of the noumenal “I” and the empirical “I.” Knowledge was equated with scientific certainty. Everything residing outside of this structure of thought”like God”was cast into the sad, ethereal world of postulates.

English readers can now find a useful introduction to Hamann’s difficult oeuvre in Oswald Bayer’s A Contemporary in Dissent: Johann Georg Hamann as a Radical Enlightener (translated from the original German edition published in 1988). The purpose of the book is largely introductory in nature. Hamann’s writings against Kant, Herder, Jacobi, Mendelssohn, and Frederick the Great, are deftly dealt with. (Ironically, Hamann maintained close friendships with most of his philosophical opponents; except, of course, the “Old Barbarian” Frederick the Great.)

The greatest strength of the book lies in its structure. Bayer offers something like a prelude on the biography and style of Hamann. This is notable, since as Hegel realized, “Hamann’s writings do not so much have a style as they are style, through and through.” This style burgeoned within the “transcendental philosophy of Sancho Panza,” which was for Hamann “as holy as the Samaritan’s oil and wine” and that concluded with “his Epiphonem : God understands me!”

What Hamann saw, Bayer argues, was reason’s arbitrary fiat of itself, how it elected its own tribunal, named itself its own ultimate authority. Hamann critiqued this as a pathetic, prideful parody of God’s fiat in creation: “For what is the highly touted reason with its omnipotence, infallibility, effusiveness, certainty, and evidence? An Ens rationis , an oil god, to which a shrill superstition of irrationality imputes divine attributes.” The ego can never truly understand itself purely on its own grounds, except as “devotion to vanity” (a phrase he takes from a Bach cantata).

Hamann understood that for the “I” to be an “I” at all, it must first and foremost be a response to a transcendent, original call. A call that resides both in, and transcends beyond, the created, temporal order; and a response that is “borne along on the stream of time” and which “returns at [God’s] call and appears anew.” Any purely immanent, finite, and autonomous structure of thought that severs the “flying leaves” of temporal manifestation from the glory and light of the eternal”such as the one Kant was so feverishly erecting with the “transcendental ego””must be rejected. Contra the foundations of modern philosophy, Hamann writes: “Not Cogito; ergo sum, but vice versa, and more Hebraic: Est; ergo sum. ”

Hamann is not proposing a hidden, merely postulated, divinity residing in the crevices of the self. Rather, it is precisely in response to the infinite God that time and space become so saturated with eternity that they are able, in perfect peace and harmony (what he calls as “easy as children at play”), to bear this eternity in their very womb. As Hamann writes, “All philosophical resistance and the entire riddle of our existence, the impenetrable night of its terminus a quo and terminus ad quem , are dissolved by the charter of the Word become flesh.”

But what exactly justifies Bayer in calling Hamann a “radical enlightener”? More often than not the philosopher is maligned as the progenitor of European irrationalism and fideism ( la Isaiah Berlin). Nothing could be further from the truth. For him, “reason is language,” and if all of creation is language, then the world is refulgent in rationality and intelligibility. Mathematics and reason and logic are all inherent and manifest structures of the cosmos; they are an indelible, “holy, true, and good” aspect of the created order.

However, it would be wrong, Hamann argues, to think of these rational structures”and the wonderful knowledge they bestow”as somehow exhausting all that may be counted as knowledge. Instead, he always likened reason and philosophy to the law of Moses, a law that does not lose one jot or tittle in the Logos: the Taboric Light that enlightens all of creation, and without whom darkness and chaos would ultimately reign.

T. J. Logan is a postgraduate student at the University of Nottingham, England. He has written for First Things , The Other Journal , and Wunderkammer Magazine.

Oswald Bayer, A Contemporary in Dissent: Johann Georg Hamann as a Radical Enlightener

David Bentley Hart, “ The Laughter of the Philosophers ”