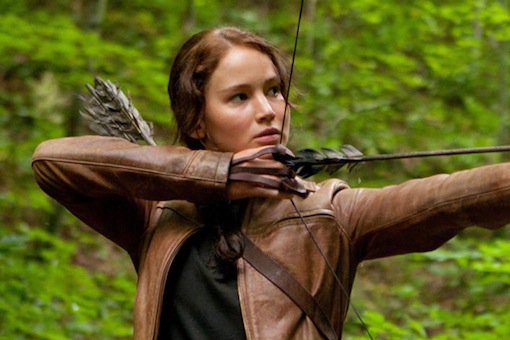 George Orwell and Aldous Huxley, as has often been pointed out, imagined two very different dystopias. In 1984 , written just after the Second World War, Orwell depicts the forces that held people captive as fundamentally external: coercion, espionage, laws, constraints, threats, lies, the state. By contrast, Huxley’s Brave New World , published just after the Wall Street crash had turned the excess of the twenties into the Great Depression of the thirties, portrays a future in which people are enslaved to forces within themselves: desire, inanity, hedonism, egotism, fatuity. For all the similarities between the two books, it is this difference that is the most striking.

In the modern West, people generally think of slavery, captivity, and the need for liberation in Orwell’s sense, rather than Huxley’s. Our vision of freedom is primarily socio-political, with the greatest threat to human flourishing being the other, whether the Nazi, the slave-owner, or the autocrat. Oppression comes through pain, not pleasure; the essence of liberty is to be without external constraint. Humans are free if they are able to choose, to will their own future, to decide for themselves what they will do with their lives. By this definition, modern Westerners are all free, with the exception of prisoners and the incapacitated.

Many of the ancients saw things more like Huxley. In what could be called a more religious or philosophical vision of liberty, the greatest threat to human flourishing is the lack of wisdom, phronesis , or virtue. Whereas moderns understand freedom in terms of unconstrained individual choices, many ancients regarded the forces underlying individual choices”passions and desires which might in turn be foolish, selfish, or carnal, much like those depicted in Brave New World ”as something from which people needed to be freed.

The essence of eleutheria , in the vision of writers from Aristotle to St. Paul, was being free to become what one was originally designed to be, rather than simply being free to make decisions (decisions which, of course, might stunt one’s progress towards ultimate fulfillment). Thus humans could be enslaved, not just to the other, but to the self. One needs redemption from the flesh as much as from the powers. Under such a vision of liberty, modern Westerners might not be as free as we would like to think.

These Huxleyan and Orwellian dystopias, and ancient and modern conceptions of freedom, are juxtaposed (whether deliberately or not) in intriguing fashion in Suzanne Collins’ immensely popular The Hunger Games . The inhabitants of District 12, including the protagonist Katniss Everdeen, are enslaved in a very obvious, Orwellian way: through coercion, draconian laws, sanctions, electrified fences, and deprivation.

Those who live in the Capitol, by contrast, are in bondage in the ancient, more Huxleyan sense, with their vacuous pastimes, obsession with appearance, absurd make-up, and inane conversation bearing witness to the invisible chains of unconstrained desire. The citizens of the Capitol appear free when compared with those in the districts, but they too are trapped, and prevented from flourishing as humans. If anything, the sheer emptiness of the lives they lead make them more pitiable than Katniss, Peeta, and the rest.

In a world where the physical takes precedence over the spiritual, it is hardly surprising that we understand dystopia more in terms of Winston Smith and Katniss Everdeen than of Lenina Crowne and Caesar Flickerman. External constraint is far easier to see and attack than internal constraint; freeing someone from chains, fences, and tyrants is more concrete and more achievable than freeing them from their futile passions and baser desires.

In fact, in even speaking about the latter form of enslavement, one runs the risk of being taken for an ideological fascist, or at best a troublesome meddler who wants to dictate what people watch on television and what they talk about at the water cooler. It is also likely to get up the noses of those who, like the Judeans in John 8:31-36, reject their need for the truth that sets people free on the basis that they have never been enslaved to anyone.

Yet if the human is to be seen as body and soul, physical and spiritual, object and subject, political and religious, then our vision of freedom needs to incorporate both modern and ancient perspectives as well. The fact that the state is best equipped to promote political freedom, which I take for granted, does not mean that it is the only sort of freedom there is.

The Judeo-Christian tradition holds both types of liberation”from the other and from the self”together, with its repeated emphasis on the concept of redemption. Israel is set free from slavery in Egypt through the Exodus, but immediately requires rescuing from her carnality and idolatrous desires in the wilderness. The prophet Isaiah describes the political redemption from Babylon that Judah will experience (chapters 41-48), and then looks forward to the spiritual redemption from sin that will follow (chapters 49-55). Jesus himself articulates his mission in Isaianic terms, promising both freedom for captives and forgiveness for sinners.

At its worst, the Church has missed the mark on both of these, sliding sometimes into gnosticism (with insufficient concern for the physical world, and the despotic powers that plague every generation), and sometimes into materialism (with insufficient attention given to true spirituality, and the need to fight against the Huxleyan tendency to trivialize, despoil, and consume). But at her best, she has battled both Orwell’s and Huxley’s dystopias, contending against the tyranny of the other and the tyranny of the self, and embodying an eleutheria that truly liberates captives, whatever their chains may be.

All of which means that, if we are representing Jesus properly, there will be times when our work looks very similar to that of a secular human rights organization, as we seek release for captives. But there will also be times, if we are representing Jesus properly, when we look utterly inexplicable to those same organizations for our incessant talk of freedom from sin, the flesh, and the self. Many today, like citizens of the Capitol in The Hunger Games and the Judeans in John 8, will look puzzled and tell us that they have no particular need of freedom, because they have never been enslaved to anyone. “But anyone who sins,” we will reply, “is a slave to sin. And if the Son sets you free, you will be free indeed .”

Andrew Wilson is a pastor and writer based at Kings Church Eastbourne, U.K. He is the author of GodStories and If God, Then What? , and you can find him on Twitter @ajwtheology.