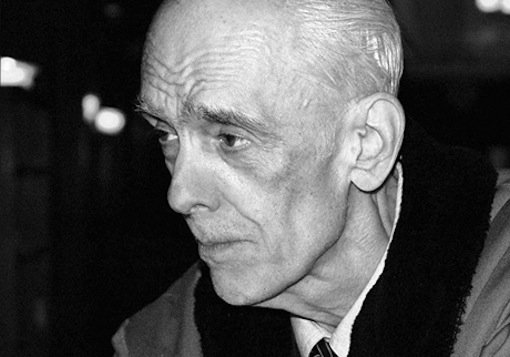 The renowned New York Times reporter John McCandlish Phillips died earlier this month after over sixty years of city watching. He spent twenty-four years keeping an eye on the city for the New York Times , mainly from a perch in the metro bureau. In a newsroom full of reporters like Gay Talese, David Halberstam, Richard Reeves, and J. Anthony Lukas, former managing editor Art Gelb said that Phillips was the most original stylist whom he had ever edited. He was no less original religiously”an unlikely Evangelical voice in a largely secular office.

Phillips started perfecting his writing skills long before he came to the Times . Growing up with a peripatetic salesman father, Phillips changed schools constantly. His parents also divorced. Thin, gangly, and unsettled, the young Phillips sought excellence in writing as a way to win his acceptance in the succession of new schools. He did well enough to win a scholarship from the Boston Globe for making his high school paper in Brookline, Massachusetts, the best in New England.

While Phillips was in the Army, a pastor asked the younger members in the audience of Arlington Presbyterian Church in Baltimore if they were willing to go anywhere or do anything for Jesus Christ “with no holds barred.” Phillips answered yes.

Mustering out of service, Phillips said that God told him to go to New York City to get a job at the Times . “Just as that train was slowly pulling into Pennsylvania Station in New York, the Lord made it plain to me to get off the train.” Phillips recalled in a speech in 2001 that very soon in his prayers “it was conveyed to me that I was to take a particular action. I was to go to the home offices of the New York Times near Times Square and I was to get a job in that place.” Filled with invincible faith, Phillips went.

With only a high school diploma, he got a job starting as a copy boy in November 1952. Three years later, he was promoted to reporter. Recognizing the young reporter’s potential, the legendary metro reporter Meyer Berger very quickly started mentoring Phillips.

After he had proven himself, the young reporter symbolized his faith by keeping a large black Bible on his desk. Whenever Gelb approached Phillips with an assignment, Gelb remembers that Phillips would look up and place his hand on the Bible as if seeking inspiration.

Phillips always thought of himself as an evangelist, or, more precisely, a missionary. He had yearned to enter the foreign mission field, only to find himself in a much more demanding one here in the city, “a dry and needy and salvation-starved place called Media,” he recalled in 2001.

Phillips broke many difficult front-page stories. In 1965 he famously revealed that the head of the Ku Klux Klan in New York was in fact a bar-mitzvahed Jew. His writing also became known for safaris into the furthest reaches, oddest moments, and most interesting and unknown people of the city. He constantly reminded the rich and powerful that the city was energized and enriched by the many outsiders to the center of privilege. These outsiders were often religious.

Phillips wrote one of these stories in 1969 on Manuel Vasquez, a nineteen-year-old East Harlem youth, who started his struggle back from thug life and drug addiction by joining a theatrical group. Vasquez got a role in “Dope,” a production of the Soul and Latin Theater, with the proviso that he agree to leave doping and enter a detoxification program at Beth Israel Hospital.

By 1970 the teenager had gained the lead role of “Tony” in the street play described by one critic as “full of the rage and gaiety and despair of the ghetto.” The young man seemed to be flourishing. It seemed like he would make it.

Instead Vasquez played out the life of Tony, who is stabbed to death in the play at the final curtain. The playwright Maryat Lee told Phillips that Vasquez was besieged with temptations from jealous junkies who wanted to prove that he couldn’t leave the street (and them) behind. “His life was a typical experience in ghetto living that you could find anywhere on God’s earth,” John Weckesser, the general manager of Soul and Latin Theater told Phillips. “He is a statistic now, I guess, but he was no statistic in the minds of anyone he ever performed in front of or with whom he in any way came in contact.”

Phillips’ story captured the deep spiritual realities in the everyday dramas taking place in God’s little acre of East Harlem. There was the moral fight by the Soul and Latin Theater troop against the junkie culture preying on the dying. He hints at the depths of hope and the tragedy of lostness: a doper can be saved; or, in Phillips’ observation, lose the fight “forever.”

I would occasionally ask Phillips if he sought a spiritual, moral narrative in his stories and he usually said, no, he just summed up what his eye saw and his ear heard. Then, he would add, “Life is like that. It shows you that there is something more.”

In 1959, Phillips began bugging his editors about getting an assignment to cover a young preacher in East Harlem, David Wilkerson (of The Cross and the Switchblade fame), who was bringing gangsters out of drug addiction. It took ten years before they gave him the okay to do a story on the pastor’s methods of alleviating drug addiction. He told Scripps-Howard columnist Terry Mattingly that “the New York Times could not see . . . validity of this [religious] approach to any issue as serious as addiction.”

Phillips’ original contribution to reporting was to combine a stringent attention to facts, a graceful style, and attention to the subtle effects of beliefs and thoughts that motivate actors. Even within the limits set by the Times , Phillips was able to show his sense of the spiritual drama of NYC life.

Yet the Times ’ straitjacket became harder for Phillips to bear. Although the editors encouraged an objectivity laced with the personal style of the writer through characterizations of people and scenes with original or pointed phrases, there was a generally secular frame for all the stories. For a few years Phillips divided his writing between daily news articles for the Times and books for a religious audience about the supernatural dimensions of life. Tired of trying to do both, Phillips left the Times in 1973 to better write and speak about his religious beliefs.

In 2000 Phillips told Mattingly, “Journalism at its best pursues the facts about certain situations in which evildoers are at work and assembles those facts and judges them fairly. It’s not a crusade, so much as it’s a responsible gathering of a body of evidence that”when it’s finally presented”is so persuasive that evil must skulk, retreat or be subjected to strong public remedy . . . . Why,” Phillips asked, “wouldn’t Christian believers want to be a part of that?”

Phillips’ last story in his book City Notebook tells of his journey to “Promise Land,” a place on the eastern shore of Long Island. There “the sky is infinite,” Phillips wrote, “and the sea is eternal, or if it is not, it is enough beyond the measure of men to seem so.” One man told the reporter, “I’ll tell you this, when I came out here I was an atheist . . . But I have seen a lot of things out here that makes me think different.” The journalist with God’s eye sees and reports what might make us all see different.

A memorial service for John McCandlish Phillips will be held Wednesday, May 8, from 6:00 to 7:30 p.m. at Calvary Episcopal Church (277 Park Ave. South at East 21st Street). Tony Carnes is editor and publisher of A Journey Through NYC Religions .