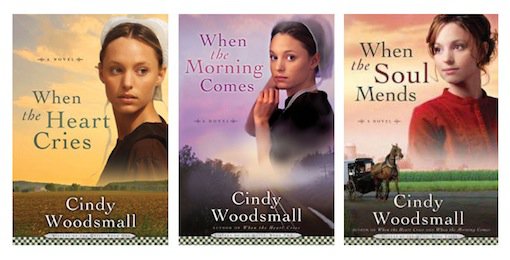 Stopping by my local Barnes & Noble store several years ago, I counted ninety-two Amish romance novels. My local Christian bookstore had sixty-six. More formal research for my book about Amish romance fiction confirmed what my bookstore visits first suggested: The sales of Amish-themed romance novels are as brisk as an Amish buggy is slow.

A new Amish romance novel appeared on the market about every four days during 2012. Over forty times more Amish romance novels were published in 2012 than a decade earlier. More than sixty different novelists have written at least one Amish novel. Although the Amish themselves make up less than one-tenth of 1 percent of the U.S. population, the novels about them sometimes take up 30 percent of the slots of Christian fiction bestseller lists. No matter how you slice the pie, Amish romance novels are a commercial, religious, and literary force to be reckoned with.

Amish novels are not simply the print versions of Amish-themed reality TV shows like Amish Mafia or Breaking Amish , however . Belonging to the genre of inspiration fiction, Amish romance novels are often characterized by readers as “clean reads”: sweet, gentle stories devoid of sexual content, for which many Evangelical readers are grateful. If Amish Mafia traffics in bad Amish boys, Amish novels major in good Amish girls. Despite the nod-nod-wink-wink of journalists who call the books “bonnet-rippers,” Amish novels remain some of the squeakiest clean romances around. Observers, especially those outside Evangelicalism, are often baffled by the trend. Who knew the chaste could be so thrilling?

The thrill of the chaste that animates Amish fiction is rooted not just in sexual purity, however, but in the broader sense of moral innocence. Chastity descends from the Latin term castus, meaning a state of being “morally pure” or “holy,” and this concept fuels the genre in several ways. The Amish, who reject public grid electricity, phones inside homes, and car ownership, are often viewed as chaste residents of an otherwise defiled larger culture. Like the mythic virgins of literature and lore, whose rejection of sex earned them respect and even beatification, the Amish are frequently imbued with power commensurate with their ability to abstain from what many view as essential intercourses of a technological age: driving cars, flipping light switches, using a laptop, owning a cell phone.

In her book Selling the Amish, about Amish-themed tourism, Sue Trollinger argues that the Amish are frequently perceived as having avoided “entanglements in unseemly worldly concerns” and thus are seen as “innocent technologically, socially, and politically.” This rejection of mass culture has earned the Amish a reputation of being set apart, inviolate, and even virginal: in the modern world but not of it.

The Amish aren’t viewed as literally virginal, of course ; their large families stand as a ready correction to any misperception that the Amish are kin to the celibate Shakers (who, incidentally, are now also subjects of inspirational romance novels). Rather, the Amish are seen as premodern virgins, of sorts, in what French theorist Gilles Lipovetsky calls “hypermodern times”: people who have not given themselves over to the desires and distractions of contemporary affairs. Many readers articulate the vast distance between their own harried, tech-filled lives and what they perceive as the slow, offline lives of the Amish; they often express disappointment with their own families’ and churches’ inability to say no to the digital and material seductions of the era.

While actual Amish negotiation with technology and contemporary life is much more complex than such a view would suggest, it is true that the Amish have managed to remain untouched by much of hypermodern discourse, activity, and gadgetry. As such, they have become a kind of vestal, vestigial community from the past.

Historian Eric Miller, writing about Amish fiction in Christianity Today, suggests that there is a wistfulness to Amish-fiction readers’ literary tastes, a longing for a “world that’s refused to simply go along with it all, the mad dash to freedom be damned.” One reader told me that the heroines of Amish novels are generally “wholesome, ethical, religious, honorable, and righteous,” and another described them as “simplistic” and as “looking through the eyes of a child.” Thus, through their ability to withstand the probing of hypermodernity, the Amish are viewed, in some sense, as the last virgins standing.

Reading Amish fiction, then, results in an even stronger experience of chastity than reading other Christian fiction, since the virtues of the protagonist and her community extend beyond sexual innocence to cultural purity. Not only are Amish novels “clean reads” about modest young women; they are novels set within a subculture conceived of as unsullied by hypermodernity. The genre thus becomes for its readers a tripartite literature of chastity: chaste texts, about chaste protagonists, who live within a chaste subculture.

In a culture that many Evangelical Christians perceive to be what journalist Pamela Paul has called “pornified,” chastity gains a definite appeal. The particular thrill of the chaste may be confusing to some folks, but judging from its wildfire success, it could not be clearer to others.