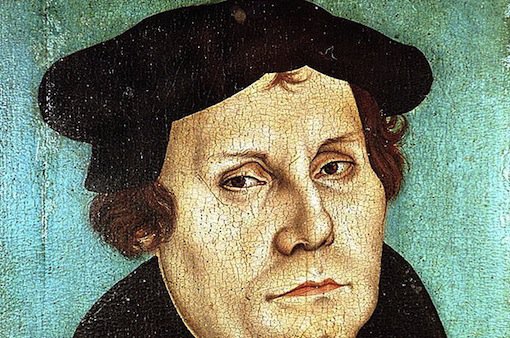 As a confessing Lutheran in a doctoral program at The Southern Baptist Theological Seminary (SBTS), the institution at the center of the Calvinist Baptist movement, I have watched with interest the conflict over Calvinism in the Southern Baptist Convention (SBC). While the seminary is not formally Calvinist, it is no secret that many of its faculty and students love Reformed theology and that it has become the focal point of the Calvinist movement in the SBC. Recently David T. Koyzis , Collin Garbarino , and Greg Forster have discussed the question, “Why are there Calvinist Baptists but no Lutheran Baptists?”

I concur with Garbarino that the reasons are mostly historical . In many ways, to affirm Calvin is to affirm Luther, but Baptist historical connections with Calvinism are much stronger, and so Luther is encountered by way of Calvin. The Calvinist Baptists I know have a healthy regard for Luther, though they consider him something like a theological grandfather, with Calvin, of course, their father.

My second observation is that the Lutheran influence in Baptist circles is more pronounced than might initially be obvious. I would not be surprised if M.Div. students at SBTS read more of Luther’s writings than I did at a Lutheran seminary. Additionally, some faculty at SBTS have struck me as having profoundly Lutheran theological influences, most notably Russell Moore who recently became president-elect of the SBC’s Ethics & Religious Liberty Commission. A few years ago he preached sermons on the Lord’s Supper and Baptism that at times sounded like they were coming from a Lutheran pulpit. Here is a quote from his baptism sermon :

The waters of baptism are announcing that we are not just found in Jesus’ death and burial, we are found in his Resurrection . . . . [Baptism] is an announcing and a proclamation that the life that you have doesn’t belong to you. It belongs in Christ . . . . It’s an announcement that God makes in those waters of baptism not just to the church, not just to you, not just to the neighborhood and the community, but to the demonic powers that accuse you. This is mine. I am showing you, he is mine. I am showing you, she is mine. It’s the voice of Christ, through a drama in water, challenging anybody to take that on.

While these comments do not contradict the SBC’s “ Baptist Faith and Message ,” they go well beyond that document. The “Baptist Faith and Message” describes baptism solely as a work of the believer symbolizing her faith: “It is an act of obedience symbolizing the believer’s faith in a crucified, buried, and risen Savior, the believer’s death to sin, the burial of the old life, and the resurrection to walk in newness of life in Christ Jesus. It is a testimony to his faith in the final resurrection of the dead.” In contrast, Moore says that it is a work and proclamation of God. Likewise, I believe that Moore even goes beyond Calvin in these words. Admittedly, most of the ideas Moore discusses can be found in Calvin’s teaching on baptism . And yet while Calvin describes baptism as a work and message of God, as I read him, he never describes baptism as something that has efficacy beyond the subjective experience of the believer.

Moore goes one step further, saying that it is an objective proclamation of God, made not just for the benefit of the believer but also to the entire universe. He shies away from the very objective view of baptism espoused by Luther, for example, in the Small Catechism : “It works forgiveness of sins, delivers from death and the devil, and gives eternal salvation to all who believe this, as the words and promises of God declare.” Still, Moore approaches this position, and I think that he understood how Lutheran he sounded so that he spent several minutes trying (unsuccessfully I think) to show why his view of baptism does not entail infant baptism.

[In communion] Jesus is speaking to you, “My body was broken. When you swallow this juice, Jesus is speaking to you, my blood was shed for you, my veins were opened for you. There is no condemnation for you. Rest in the truth of the gospel. We don’t just hear that, we swallow it, as Jesus reminds us through physical stuff, that we need to hear and to remember and to think and to know, he announces that gospel . . . . There are some in this room who are filled with guilt and filled with accusation. You know Christ, but Satan is speaking to you, “You’re guilty.” Hear the Word of Christ, when he says this is my body given for you. My blood, it is poured out for you.

Again, these words, though not contradicting, contrast with the “Baptist Faith and Message” on Communion: “The Lord’s Supper is a symbolic act of obedience whereby members of the church, through partaking of the bread and the fruit of the vine, memorialize the death of the Redeemer and anticipate his second coming.” While the “Baptist Faith and Message” describe Communion solely as a symbolic work of the believer, Moore describes it as a work of God by which he communicates the gospel. These straightforward, unqualified comments are strikingly similar to Luther’s plain words in the Small Catechism : “ What is the Sacrament of the Altar? It is the true body and blood of our Lord Jesus Christ, under the bread and wine, for us Christians to eat and to drink, instituted by Christ himself . . . . What is the benefit of such eating and drinking? That is shown us in these words: given, and shed for you, for the remission of sins; namely, that in the Sacrament forgiveness of sins, life, and salvation are given us through these words. For where there is forgiveness of sins, there is also life and salvation.”

While Moore’s sermon can be understood within a Calvinist view , absent are any of Calvin’s almost endless qualifications on the words, “This is my body . . . . This is my blood.” Moore, like Luther, simply utters those words and does not qualify them. Furthermore, unlike in his baptism sermon, Moore does not try to distance himself from Lutheran views of the Sacrament. Perhaps in other works Moore more thoroughly articulates a Calvinist position on the Lord’s Supper or speaks against Lutheran views, but here he comes off sounding like a Lutheran.

These Lutheran influences have so affected students that I am aware of several former SBTS students that have become Lutherans, some even Lutheran pastors . And, these conversions point to a reason why there is not a Lutheran Baptist movement: sacramental theology. Both first generation and second generation Lutherans have clearly drawn a line in the sand when it comes to the sacraments, effectively saying, “You cannot be a Lutheran unless you believe and practice thus regarding the sacraments.” If one takes on the label “Lutheran,” it is only natural to thus affiliate with churches that also bear that name. In other words, Lutheran Baptists are more likely to convert than to set up movements within Baptist circles.

My third observation is that Lutherans themselves are why there is not a “Lutheran” movement in Baptist or other evangelical circles. Gilbert Meilaender observes an “annoying tic that leads so many Lutherans to try”constantly”to articulate something distinctively Lutheran (a sure sign we are worried that our continued existence cannot be justified and, irony of ironies, must seek to accomplish that justification ourselves).”

This constant search to make our theological proclamations utterly distinct has a double effect. First, it means that our theological students tend to read more contemporary authors like Gerhard Forde rather than classic Lutheran authors like Chemnitz or Luther. They are therefore not as well versed in classic Lutheran theology as one might think. Second, it also means that we self-marginalize and render our theology unintelligible to other Christians.

There are plenty of Lutherans who interact with evangelicalism, but they do so by laying aside their Lutheran theology. They come to the evangelical world with open but empty hands, ready to receive advice on small group ministry and church branding, but also not carrying along with them the treasures that are their heritage. On the other hand there are many Lutherans who are passionate about their Lutheran theology, but they are content to discuss it among themselves, and they are often more preoccupied with discussing what makes Lutheranism distinct from evangelicalism (for example, the sacraments) than with discussing points of commonality like Christology or Trinitarian theology. They tend to encounter the evangelical world with full but closed hands. Few come with one hand full but closed and the other empty and open.

To truly engage with a broader theological community, one needs to be faithful and authentic to one’s own tradition while also respectful and conversant with those of another tradition. Few Lutherans seem willing and able to do this, and Lutherans and evangelicals, including Baptists, are therefore mutually impoverished.

Christopher Jackson is a student in the Doctor of Education program at Southern Baptist Theological Seminary.