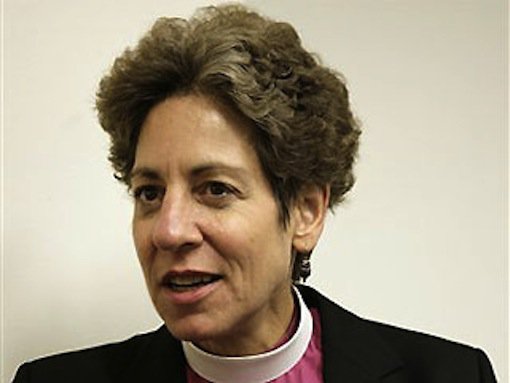 What happens in Cura ç ao doesn’t stay in Cura ç ao, at least if one is Presiding Bishop of the Episcopal Church. Last month, Katharine Jefferts Schori preached a routine Sunday sermon on the idyllic Dutch island off the coast of Venezuela that was so roundly criticized that it made it all the way into the pages of the New York Times, as the subject of a Beliefs column by reporter Mark Oppenheimer.

Why so controversial? The answer lies in the struggle of Anglicans to recognize faithful obedience to the Holy Scriptures in each other, even when we disagree on what that obedience looks like. As Oppenheimer rightly noted, criticism of the sermon was focused on whether it was faithful to Scripture. He was kind enough to cite me as one of those critics”her reading of Acts 16, I worried, was “so obviously wrong that the deeper question is: Why does she feel at liberty to give a reading of Scripture that doesn’t even try to understand and explain what the text is saying?”

Bishop Jefferts Schori took for her text Acts 16:16-40, in which Paul is met with a “slave girl” who “earned a great deal of money for her owners by fortune-telling.” She could do this, we are told, because she “had a spirit by which she predicted the future.” Luke and Acts are chock full of exorcism stories, of course, and it’s a commonplace in the scholarship that this is one of them. In Acts, the apostles are portrayed as carrying on the acts of Jesus; the resurrected Christ is present through the Holy Spirit in words and deeds of the apostles and the early Church.

Pretty much all commentators, left and right, agree that one of the hallmarks of Jesus’ ministry was exorcism, the casting out of evil spirits, and that’s likely what’s being continued here through Paul”as the New Interpreter’s Bible commentary points out, the passage echoes similar events in the Gospels, where Jesus is confronted by possessed persons who tell the world rather loudly who he really is . The slave girl is possessed by such a spirit, and her owners keep her in this condition in order to exploit her for money. Paul is “troubled” by this, and “in the name of Jesus Christ,” commands the spirit to come out of her, just as Jesus had done for so many before. It’s a story about liberation, really”in the power of the Spirit, and in the name of Jesus Christ, an exploited child is freed from both the spiritual and the worldly powers that enslave and oppress her.

But as I complained to Oppenheimer, “Bishop Jefferts Schori simply ignores what the text says, in order to give a reading that portrays Paul as a patriarchal oppressor who fails to recognize the voice of God in a low-status young girl,” and who is so annoyed by her persistent speaking-up for herself that he attempts to rob her of her spiritual gift. The bishop explains the text this way:

Paul is annoyed at the slave girl who keeps pursuing him, telling the world that he and his companions are slaves of God. She is quite right. She’s telling the same truth Paul and others claim for themselves. But Paul is annoyed, perhaps for being put in his place, and he responds by depriving her of her gift of spiritual awareness. Paul can’t abide something he won’t see as beautiful or holy, so he tries to destroy it. It gets him thrown in prison. That’s pretty much where he’s put himself by his own refusal to recognize that she, too, shares in God’s nature, just as much as he does”maybe more so!

Now, there are places in Scripture where this ethical thrust is indeed present; the apostles themselves, of course, were largely unlettered low-status people, and in Acts they encounter a good deal of oppression from authorities who refuse to listen to the word from God they proclaim. But this is simply not an interpretation that the text will bear. Understandably, in my view, conservatives find it troubling that Bishop Jefferts Schori does not seem to view herself as accountable to the biblical text in this sermon.

This broadens into a larger issue. Conservative Anglicans, often from the Global South, have often voiced their concern that the Episcopal Church’s position on homosexual practice is not answerable to Scripture. Rowan Williams among others has recognized that different approaches to Scripture have been near the heart of the last decade’s tensions; this is why the Anglican Communion began the “Bible in the Life of the Church” project (its report was issued last year) in order to facilitate a better understanding of how Anglicans worldwide approach and read the Bible.

If conservative Anglicans are ever to come to a détente with liberals over the issue of homosexuality”perhaps not to agree with them, but at least to come to terms with them”it would have to involve understanding that revisionists on this issue have genuinely grappled with the authoritative text of Holy Scripture. Their persistent concern is that liberals do not do this, but rather regard Scripture as outdated and no longer authoritative for Christian faith and life in the modern world. Conservatives often fear that liberals simply pick and choose the bits of the Bible they like, and leave the rest behind.

Now, one might come to the conclusion after grappling with the authoritative biblical text that same-sex blessings may be warranted. The noted Episcopal biblical scholar Ellen Davis is one such figure, arguing in the summer 2008 issue of the Anglican Theological Review that it’s quite possible for conservatives and liberals to disagree on the matter, precisely while working from the assumption that “no individual or church community can in good faith reach a position on this issue without reckoning seriously with Scripture.” One might disagree with Davis that Scripture is as indeterminate on the issue as she thinks; she herself acknowledges that her Duke colleague Richard Hays would think so, along with many figures in the Anglican world, such as former Ugandan archbishop Henry Luke Orombi in the pages of First Things . But most Anglicans are likely to agree that Davis is a careful reader of Holy Scripture, someone who works very hard to listen for the Word of God in its pages. For several years now, she has traveled regularly to teach the Bible to seminary students of the Episcopal Church of the Sudan. In her teaching, Davis’ Sudanese students can recognize someone who seeks to be faithfully obedient to the Scriptures, even if they disagree with her on the shape of that obedience.

Sadly, it has become increasingly difficult for most Anglicans to recognize this quality in the Episcopal Church’s leadership, and Bishop Jefferts Schori’s somewhat freewheeling sermon serves to highlight why. Some years ago, the Yale theologian David Kelsey pointed out that it’s axiomatic to say that the Scriptures are authoritative for the Church, since that’s the very definition of what it means to say that a text is canonical Scripture. So long as many conservative Anglicans cannot see how the Episcopal Church is answerable to the authority of the Scriptures, it will remain difficult for them to see the Episcopal Church as a Church . This has a very great deal to do with the schisms of the past decade.

My title promised two sermons from the presiding bishop, and I’ve only mentioned one. The second was preached in January, this time in Charleston, South Carolina. The occasion was the secession of the conservative diocese from the Episcopal Church, and her audience was comprised of those who had decided to stay and form a continuing Episcopal diocese. The story of why the South Carolinians left is a long and sad one”the diocese was one of the Church’s founders, older than the United States itself, and was one of the few growth spots in a generally shrinking Church”but suffice it to say that they felt pushed out, and did not leave until their bishop, Mark Lawrence, was inhibited in his ministry by a disciplinary board for reasons the diocese held were unfair. The national Episcopal Church is now pursuing the diocese in court, as they’ve done in many similar cases (by now, they’ve spent over $22 million in legal costs), seeking to recover property and assets.

Now, I myself am against such conservative departures, and I deeply regret them. But there was nothing that required Bishop Jefferts Schori’s office to pursue lawsuits against these departing dioceses and parishes. The Church could have negotiated buyouts and settlements, and wished them well. They could have treated them like ecumenical partners, like the separated brothers and sisters that they are. They could have invited them as observers to the General Convention, and asked to send observers to theirs, all the while praying together and hoping for reconciliation and unity in the future. But that is not, regrettably, the path that has been taken.

The presiding bishop began her sermon with a story about a local man who not long ago made the mistake of flying his glider too close to a nuclear power plant. It was an honest mistake, but for his sins the local constabulary decided to put this septuagenarian in a tiny and crowded jail cell for over a day. Understandably, he was upset, and so were the feds ” the police didn’t have any right to treat the guy like that, but as of yet there’s been no apology.

If you don’t see the analogy yet, she goes on to make it clear:

I tell you that story because it’s indicative of attitudes we’ve seen here and in many other places. Somebody decides he knows the law, and oversteps whatever authority he may have to dictate the fate of others who may in fact be obeying the law, and often a law for which this local tyrant is not the judge. It’s not too far from that kind of attitude to citizens’ militias deciding to patrol their towns or the Mexican border for unwelcome visitors. It’s not terribly far from the state of mind evidenced in school shootings, or in those who want to arm school children, or the terrorism that takes oil workers hostage.

In essence, the presiding bishop saw fit to call Bishop Lawrence a “local tyrant” and compared him with backwoods militia, terrorists, and the murderers of children in schools.

Bishop Jefferts Schori’s Cura ç ao sermon was about the value of diversity, and about the kind of spiritual “blindness” that devalues “difference,” and can lead to “oppression” and “war.” But many conservatives in her church likely feel that her Charleston sermon sounded an awful lot like what she preached against in Cura ç ao, that it’s precisely the kind of oppositional rhetoric that’s accompanied all the lawsuits. For my own part, I hope that the conservatives aren’t the only ones who think so.