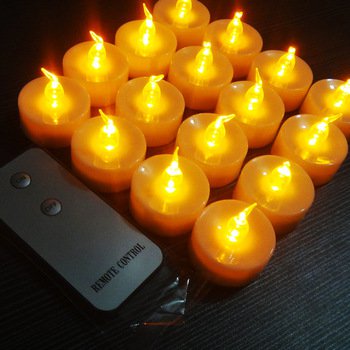 I recently had the opportunity to do some traveling and was heartened to see many churches in the nation still using wax votive candles rather than the flameless ones. Of course, I have nothing against a flameless candle per se; it has its place, such as veiled windowsills in wintertime and other spots prone to fire yet in need of aesthetic glow. It is such a small thing, but is it not an unsightly little intruder before holy images?

In the ecclesial space, the ersatz glow beneath a sacred image feels more like a nod to sentimentality than a creation of an authentic prayer space. It is a spiritual turn-off. I light a candle because I am also a spiritual beggar for grace; I look at the Sacred Heart and light a candle because I cannot actually light my own heart. Sometimes I will spread the light before Our Lady or St. Thérèse just to say, “I love you.” But flameless candles? Forget it! They do not engage the incarnational in the faith. There indeed is something sacred to the burning candles and something desacralizing about the flameless ones.

In the sacramentality of the faith, the Church catechizes her members through signs and symbols that represent deeper realities. The questions of children help tune their parents into these things. For example, when my daughter, then four, asked why there was so much “smoke” everywhere, I whispered, “That’s incense. Now, God can smell our prayers, too.” The Church’s lesson for both of us: Our prayers rise gently and sweetly into God’s divine presence and please him; hence, here is a good place to offer them.

Why be so resistant to innovation? No doubt, flameless candles offer practical benefits”cheaper in the long run, thus making donations for candles more profitable; no mess; impervious to wind (and strong air-conditioning units); and no more near-nonexistent risk of fire. Not only that, but they bear a respectable resemblance to traditional candles. They seem like an adequate substitute, and certainly are a required accessory for any three-year-old clergyman’s homemade Mass kit.

But in the holy place, the flameless candle preaches a gospel of irrelevance. The simple flipping of the switch extinguishes the profound semiotic value of the votive candle. The flameless candle says that there is nothing significant in a flame’s dance of ascent, or in wax itself produced by the labor of bees and utterly exhausted by the peaceful but consuming flame, no connection between the votive candle and the altar candles or the archetypal candle of Easter, nothing at all relevant in the passing of the flame from one candle to another, week to week, month to month, year to year, nothing significant to the wax filling the air with the smell of the most desperate prayers of the faithful, no sign to be found in the collective warmth of the candles, because it is no longer as though entering into prayer is an approach toward him in whose eternal presence we will have no use for a sun, nothing significant to the candle’s final act, that one last thrust of streaming smoke ascending from the smoldering wick.

Wick, wax, flame, smoke, heat, and smell all seem dispensable. All that is significant, therefore, is the churchly “look” of candles. What’s more is that the e-lights say that none of those other things from before really mattered; they were just the way of the former times, and now that we are in modern times we have more cost-effective ways that do not burn. The perception is that the act of lighting a candle was just an act of mere catharsis. The look of the wrought-iron candle rack indeed remains, but at the cost of the mystical symbolism. Perhaps the flameless, heatless, wickless, waxless, on-again, off-again, risk-free candles resemble our prayer lives. Oh, but I hope not!

Speaking of hope, I think that may be the biggest difference. If I flick a switch, I hope that someone is not going to flip my two dollar “candle” off later. If I light a candle, I have hope that God will answer my prayer. Even the wax itself calls to mind the other valuable product of the bee: the honey, a symbol of the promised land toward which we are journeying through this present darkness. Lighting a candle inside a church is a remembrance of that night when in her liturgy the whole Church fills with light: the Easter vigil, that great fulfillment of all hopes, for Christ once lay in the tomb, and now he has arisen. In moving the flame from candle to candle, that communion in “Christ our light” is rekindled in steadfast hope that he who overcame the darkness of death can lead me through any dark obstacles in my own life. That is confidence that cannot be inspired by a “click.”

Kevin Clarke is an adjunct professor at John Paul the Great Catholic University in San Diego. He has written for the New Catholic Encyclopedia , Zenit , Homiletic & Pastoral Review and is the author of a chapter on Benedict XVI’s Mariology in De Maria Numquam Satis (University Press of America, 2009). Follow him on Twitter @kevinmclarke.