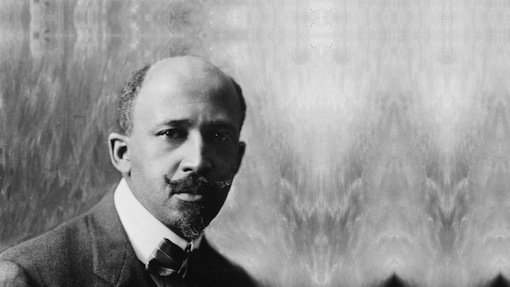 In a May commencement address at the historically black Morehouse College, President Obama promoted same-sex marriage and cohabitation, advising the male audience of graduates to “Be the best husband to your wife, or your boyfriend, or your partner.” As Southern Baptist pastor William Dwight McKissic, Sr., pointed out , this was “ an assault on Christian values and convictions held by the vast majority of Black Christians.” This dissonance between presidential ideology and the views of millions of black Americans extends far beyond one speech.

From his “God bless Planned Parenthood” to his evocation of “fairness” to explain the “evolution” of his views on same-sex marriage , Mr. Obama has used his public credibility to undermine the norms of fatherhood, fidelity, and family”to the detriment of all Americans. Redefining marriage to make it a temporary contract based solely on adults’ emotions renders monogamy, permanence, exclusivity, and fatherhood itself incidental . This betrays the most vulnerable among us” children , and especially the unborn”with particularly devastating effects for black Americans. Seventy-two percent of non-Hispanic black Americans are already born out of wedlock . Enshrining in law the principle that children do not need a mother and a father will donly increase that statistic.

In 1903, W.E.B. Du Bois published The Souls of Black Folk , in which he laid out a vision of an America that welcomes all her citizens to contribute to her flourishing, to be “co-workers in the kingdom of culture .” Du Bois saw black dignity as a matter of culture and responsible citizenship that included but transcended economic opportunity and political rights. Economist Glenn Loury believes there is much left to be done to fulfill Du Bois’ vision of black dignity. In 1990, in a speech at the Heritage Foundation entitled “Black Dignity and the Common Good,” Loury argued that the “statistics depict an extent of deprivation, a degree of misery, a sense of hopelessness and despair, a fundamental alienation that is difficult for that great majority of Americans who lack direct experience with this social stratum to comprehend.”

I n the pages of First Things , Loury has lamented the story of the Left’s demonization of the 1965 Moynihan Report, which dared suggest that the epidemic of family breakdowns and the rise in out-of-wedlock births sparked by the Sexual Revolution might play a role in black poverty. “The furiously negative reaction to Moynihan’s report”and the subsequent suppression of the issue of family structure and interpersonal behaviors among the poor”was a disaster, both politically and sociologically, for the newly liberated black masses. It reflects what must be seen in retrospect as one of the great failures of that period of American social history.”

Thus, healing racial wounds in America must go beyond government policy and economic reform and address family norms in our nation’s most marginalized communities. Yet, from the president’s rhetoric to his administration’s initiatives, Obama-era social policies have only made matters worse. The HHS mandate will stifle the sacrificial work of Catholic institutions serving the poorest among us, and the Democratic Party’s entrenched alliances with teachers’ unions have blocked school reforms that could revitalize the nation’s worst school districts.

Yet the story of the African-American struggle is by no means limited to the depredations of libertinism. There is the hope and heroism that men and women of God display every day in daunting circumstances. Eugene Rivers , Church of God in Christ pastor of Azusa Community Church, has served the poor of Dorchester, Massachusetts, for three decades, courageously witnessing to the life- and culture-revolutionizing truth of Jesus. He has repeatedly stressed the vital role of flourishing marriages in healing communities scarred by gang violence.

Media matters too , helping to create the stories that shape the moral imagination of a culture. And hip-hop, with its roots in African-American urban culture, is notorious for the materialism, militarism, and misogyny of artists like Young Jeezy, 50 Cent, and Kanye West. Yes, materialism is aspirational, and militarism is an outgrowth of an ethos of resistance. But this falls far short of the vision with which W.E.B. Du Bois concluded The Souls of Black Folk : that black dignity would be recognized in the eyes of all Americans as the best of African-American music, emblematized in the heroic worship of the slave spirituals, leavened American culture as a whole.

But there are voices crying in every wilderness. Enter the new generation of Christian hip-hop artists. The chart-topping Lecrae Moore sees his worshipful lyrics and intense sound as part of his broader work to bring Gospel renewal to inner-city culture through ReachLife Ministries . His lyrics repeatedly call on men to honor women and pursue chastity and his “Just Like You” tells the tragic story of a son whose father abandoned him. “Don’t Waste Your Life” has been a perennial encouragement to me. Along with other Christian rappers like Trip Lee”who released a wonderfully poignant pro-life track, “Beautiful Life” ”and the richly theological Shai Linne , there is much all Christians should love about the Church and the Faith redeeming an art form to serve neighbor for the glory of Jesus.

Good, true, and beautiful music like this answers Du Bois’ call and embodies Loury’s vision of equal dignity and positive freedom: “Because I am somebody”in my home, in my community, in my nation”I will comport myself responsibly, I will be accountable, I will be available to serve others as well as myself. It is the doing of these fine things, not the saying of any fine words, that teaches oneself, and others, that one is somebody.” Lecrae and his Unashamed movement are doing a fine thing for all Americans.

Luke Foster is a summer intern at First Things .