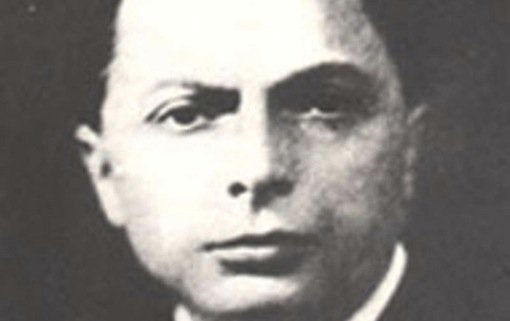 In 2005, a special ceremony in Jerusalem was held for Giovanni Palatucci, an Italian policeman who was arrested and died in Dachau for his anti-Nazi activities. Fifteen years before, Yad Vashem, Israel’s Holocaust Memorial, had named him a Righteous Among the Nations , for rescuing Jews; and now, over one hundred and fifty people gathered at the same site to honor him once again. Among those attending were politicians, diplomats and”most movingly”Elizabeth Quitt-Ferber, a Holocaust survivor whose life had been saved by Palatucci. He was only thirty five when he died.

Since then, Palatucci’s fame has only grown: books, documentaries, and films have been devoted to his life; streets, buildings, and schools have been named after him; and awards have been presented in his name. An official cause for his canonization has begun.

On June 19, however, the New York Times published a critical account of his life titled “ Italian Praised for Saving Jews is Now Seen as Nazi Collaborator .” The man once known as “the Italian Oskar Schindler,” we were told, “far from being a hero” or saintly rescuer of Jews was “an enthusiastic Nazi collaborator.” New revelations by a “panel of more than a dozen scholars” were reported to have exposed the “myth” surrounding Palatucci, and “found documents that showed that Palatucci had helped the Germans identify Jews to round up.” Instead of receiving accolades, the celebrated Italian officer now stood condemned before the bar of history.

One wishes one could say this was a dispassionate investigation, the result of a careful and well-rounded search for truth. Unfortunately, it appears to be anything but that.

The Times article was not original, but a repackaging of an earlier piece by the Italian daily, Corriere della Sera , which had aggressively attacked Palatucci . What the Times did not reveal, however, is that the Corriere’s sensational charges were immediately and severely criticized by a host of historians and experts; and that this criticism has only grown since.

At the heart of the allegations against Palatucci and his admirers is the idea that they all have an interest in elevating his stature. As one critic told the Times :

The Italian government was anxious to rehabilitate itself and show that they were better and more humane than their Nazi allies. The Catholic Church was eager to tell a positive story about the Church’s role during the war, and the State of Israel was eager to promote the idea of righteous gentiles and tell stories of right-minded ordinary people who helped to save ordinary Jews.

Thus”according to this narrative”the legend of Palatucci, reportedly begun by his relatives in the 1950s, was embellished by each group to advance its agenda. Claims that Palatucci saved as many as five thousand Jews in the north Italian town of Fiume (today, Rijeka, Croatia) are contradicted by official records which show the total number of Fiume’s Jews weren’t anywhere close to that. Further, archival documents from Italy’s Interior Ministry reveal he was obedient to his anti-Semitic superiors, and that his arrest wasn’t for protecting Jews, but for contacting the British.

It all sounds particularly damaging”until one considers the countervailing evidence. To begin with, “critics who claim it is untenable to suggest he saved five thousand Jews in an area with a Jewish population of just half that number have failed to take into account the huge numbers of migrant Jews from eastern or central Europe” as the Giovanni Palatucci Association noted .

To overlook that crucial fact is like talking about America’s immigration reform without acknowledging the country’s countless undocumented immigrants. Further, much of the support for Palatucci’s heroism”like other vital evidence pertaining to the Holocaust”is based on oral testimony, not official documents, which were highly dangerous for rescuers to preserve.

Rolando Balugani, historian and vice president of the Palatucci Association, asserted that the new allegations take “no account of the dozens of witness statements made by Jews who said they were saved by Palatucci.” As for the claim that Italy’s state archives implicate Palatucci, Balugani writes , “I have thoroughly studied the 14 folders on the activity of Palatucci made available by the Ministry of the Interior and there is nothing about his collaboration with the Nazis. Instead, there are numerous letters of Jews saved, showing their gratitude for the policeman.”

In a separate interview, Aldo de Francesco pointed out, among other facts, it wasn’t Palatucci’s relatives, in the 1950s, who first drew attention to Palatucci’s rescue efforts, as the Times put forward, but “Rafael Danton, the Italian delegate to the First World Jewish Congress held in London in 1945.” Professor Matteo Luigi Napolitano, one of Italy’s top authorities on contemporary Church history, followed with a comprehensive point-by-point rebuttal of Corriere della Sera’s story, noting, in particular, what Yad Vashem’s file on Palatucci found, in contrast to what the newspaper claimed. As for the finding that Palatucci’s arrest was for contacting a foreign enemy, that is quite true”but completely contradicts the notion that he was a loyal Italian fascist. “In fact,” continued Balugani, “Palatucci, who was also a patriot, was trying, in conjunction with the Allies, to ensure that Fiume remained Italian after the War,” none of which precludes him from also saving Jews.

The carelessness with which this story has been treated in the media has been astonishing. Following misleading and incomplete statements in the Times , numerous outlets claimed that the United States Holocaust Memorial Museum, as a result of the new charges, was in the process of banishing every trace of Palatucci’s name from its exhibits. In fact, all the museum has done is remove his name from one exhibit which made large claims about Palatucci’s heroism, “pending further clarity” on the matter, as the museum’s Director of Communications told me. But nether the USHMM, nor Yad Vashem (which is also reviewing the allegations) has removed Palatucci’s name from its list of the Righteous who saved Jews. That the best available evidence still proves that Palatucci met at least the minimum requirement for that honor has not been denied by either institution.

A number of sources also suggested the Vatican was rethinking its support for Palatucci’s cause, but in fact no sooner was that idea floated than the Vatican’s newspaper published a major piece demonstrating just the opposite . Anna Foa, a prominent historian at Rome’s La Sapienza University, wrote that Palatucci was the victim of an “ unfounded condemnation ,” and that at most new research could possibly downsize the scale of his rescue efforts, but certainly not “transform him from a savior of the Jews into a persecutor.” She also noted that one of the supposed opponents of Palatucci agrees with her:

Michele Sarfatti, Director of the Center for Contemporary Jewish documentation and one of the historians said to have taken part in the research organized by the Centro Primo Levi, [said] “I am perplexed about a sentence written by a New York Times journalist who claims that Palatucci ‘helped the Germans to identify Jews to be rounded up.’ This sentence is attributed to ‘researchers’ without specifying who; but no proof of this exists.” What then explains the glaring headlines in the press about the policeman who persecuted Jews?

Foa believes there is more behind this story than just a heated debate over Palatucci: It is a way for the critics of the Catholic Church to indirectly attack the wartime pope; hence, the title of her piece, “To Strike a Blow at the Church of Pius XII.” It’s a serious criticism, but there is ample evidence for it. Both Corriere , and the Times tried to inappropriately drag Pius XII into the Palatucci story, failing to mention that to the extent he is involved, it speaks entirely in his favor: Pius XII ordered that money, specifically intended for persecuted Jews , be sent to Palatucci’s uncle, the wartime Bishop of Campagna, who was in contact with his nephew, and assisting Jews imprisoned by the fascists.

More importantly, the organization that has led the new movement against Palatucci, the Primo Levi Center in New York”whatever its virtues otherwise”has been at the forefront in publishing misinformation about Pius XII. If one goes to the center’s website, there are no less than four articles or interviews assailing Pius XII (one of which combines criticism of Pius with criticism of Palatucci), repeating all the standard errors about the wartime pontiff”e.g., that he was “silent” or indifferent during the Holocaust and did little or nothing to protect Europe’s Jews during their darkest hour.

These allegations have been demolished again and again . At a time when leading scholars in Germany , Italy , Britain , and North America have done so much to clear the good name of Pius XII, honoring his life-saving efforts, it is distressing to find such outdated and discredited allegations being promoted by the Levi Center.

If the Palatucci story was simply about new research which raised reasonable (if debatable) questions about how many Jews Palatucci actually saved, there would be no uproar. But it’s turned into something more: an all-out effort to turn a recognized Righteous Gentile into an active “Nazi collaborator””and then use that alleged “discovery” as a platform from which to make sweeping and unfair allegations against Italians, the papacy, and even parts of the Jewish community itself.

Such one-sided and partisan campaigns do not advance the cause of responsible scholarship, but rather undermine it. As Professor Foa wrote, “This is ideology, not history.” The victims and survivors of the Holocaust”as well as their courageous rescuers”deserve far better.