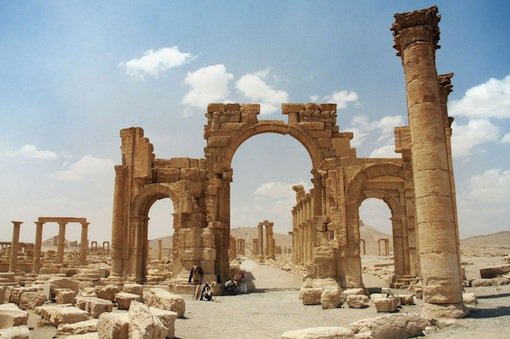 One often hears about how the Muslim world needs to “undergo the Enlightenment” and “engage modernity,” learning the virtues of supposedly modern tolerance. It’s an understandable but naïve sentiment. Democracy and the modern nation state are hell on minorities. Autocracy and empire may not be heavenly, but in most instances at least they’re hospitable and capable of keeping the peace. Or so the historical record suggests.

The Austro-Hungarian Empire was the most diverse polity in modern Europe and its capital, Vienna, famously polyglot. The Hapsburg monarchy presided over an ethnic mélange that spanned Central Europe. It was not a happy multi-cultural love fest of the sort our postmodern political therapists prescribe. But it was somewhat functional and largely tolerant. You didn’t have to ascribe to Emperor Franz Joseph’s Catholicism or speak his German to live in peace.

In the nineteenth century and the beginning of the twentieth, awakened ethnic and linguistic identities yearned for their own sovereign states by which to express”and enforce”their solidarity. After its defeat in the Austro-Prussian War of 1866, Vienna had to accept the relative political autonomy of the Kingdom of Hungary, creating what was known as the Dual Monarchy: Emperor of Austria and King of Hungary. Hungarian self-determination led to demands from the Czechs, Serbs, and others.

It was Gavrilo Princip, a Yugoslav nationalist, who assassinated Archduke Ferdinand, the empire’s crown prince, in Sarajevo in June 1914, setting in motion the series of fateful decisions that led to World War I, the disastrous conflict that put an end to many, many things, including the Austro-Hungarian empire.

Woodrow Wilson, self-appointed conscience of the victors, insisted on national self-determination in central Europe in the lead-up to the Treaty of Versailles. As James Kurth observes in an insightful comparison of those times to our own, “Wilson saw himself as representing the most advanced and progressive opinion of the time” and believed “that any old order of hierarchy and tradition could be replaced by the new order of freedom and universal rights.”

Wilson got his way, and thirty years later this region of the world would look quite different. The great mixing of peoples came to an end”at untold cost of human suffering. Millions of Jews were killed. Millions of German-speaking people whose ancestors had lived for centuries as minorities in central Europe were driven from their homes. The agonies of the Yugoslavian conflicts in the 1990s were but the last of the bloody divisions and resorting that began when American (and English) idealism, with help from French cynicism, put an end to the Austro-Hungarian Empire in 1918.

It’s a sad truth that the democratic and populist impulse, if given the political means, almost always engages in some form of ethnic cleansing. My Huguenot ancestors were early victims of political modernity, which fuses political will with national identity. They fled to the New World after Louis XIV revoked the Edict of Nantes in 1688, the political settlement that allowed Protestants to live in Catholic France. This pattern repeated itself many times in Europe as the old world gave way to the new, as fief, kingdom, and empire gave way to the nation state.

It’s this pattern that we see unfolding in the Middle East. The Turks ran a multi-cultural empire that was corrupt and inefficient, but capable of maintaining diverse populations in close proximity in relative peace. Like the Hapsburgs, the Ottomans were on the losing side of World War I, and their empire, already severely weakened, came to an end. The modern nation state of Turkey emerged, and with it came the usual modern experience of ethnic cleansing. A million or so Armenians died as they were driven out of Anatolia to the east. Greek-speaking Christians, resident for millennia, were driven out to the west.

The European powers carved up the rest of the Middle East into so-called mandates: empire by way of imperialism. This preserved the old patterns of coexistence. Even after World War II, when strong men emerged who used nationalist rhetoric, they ran their countries like old-fashioned personal fiefs. Moreover, the Cold War created two shadow empires. Both Soviet and American foreign policy propped up dictators whose power stemmed more from superpower patronage than popular legitimacy.

As a consequence, in this region the usual drive of democratic passions toward national homogeneity was tempered and delayed. True, Jews were ethnically cleansed after 1948 and the founding of Israel as a sovereign state. But ancient Christian communities remained, and Sunni and Sh’ia Muslims continued their long history of wary coexistence.

This exemption from political modernity is now ending. Our neo-imperial efforts to reorganize and supervene over the Middle East after September 11 failed, perhaps because they were ill-considered, perhaps because they were poorly executed, perhaps because they were infused with a perennial Wilsonian idealism that is an enemy of empire and blind to its virtues”probably all three. Whatever the causes, the current fact is clear. For the first time since the fall of the Ottoman Empire, Muslims in the Middle East are now free to pursue the same dream that fired the imaginations of Polish and Hungarian and Czech and Lithuanian and Romanian”and Irish and Basque and Serbian”nationalists. And the same dream will very likely produce the same policies, which means ethnic cleansing in one form or another.

In the way Europe did during a bloody twentieth century, Syria is presently “experiencing modernity,” as is Iraq, and unfortunately for tens of millions of Coptic Christians, Egypt as well. Disentangling the ancient intermixtures of different peoples in the Middle East”and that’s what political modernity seems in most cases to bring”may be an agonizingly violent process over the next few decades, as it was in Central Europe.

The spirit of democracy has brought many good things, and we should be grateful for our country’s democratic traditions. But as empires have fallen in the last two hundred years, it has also been a great engine of genocide. The authors of the Federalist Papers didn’t have such a dire view of modern political life when they urged upon our nation a republican form that would moderate democratic passions. But if they had known twentieth century history, they may well have.