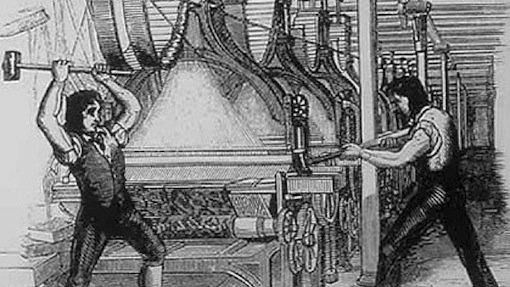 Humor site McSweeney’s Internet Tendency recently posted an article with this promise: “Our Internet Speeds Are So Fast You Will Lose Your Faith in God.” Finally, McSweeney’s says, that whole religion and science debate is dead; with the right technological gadgets, faith evaporates as nonessential metaphysical baggage. But rather than triumphantly defeating religion in a head to head battle, this high-speed Internet will just slowly drown out the religious impulse: “While you may experience a profound sense of ennui at the realization that your existence is lonely and temporal, it will soon be washed away as you stream Netflix while surfing the web . . . without that annoying buffering!”

More serious sources have contended that changes wrought by the Internet have come at a serious cost. For example, MIT professor Sherry Turkle, author of Alone Together , argues that social media no longer simply mediates interactions but isolates us from each other as we construct idealized identities that are not anchored to anything in the real world.

Brett Robinson, author of Appletopia , argued in a recent article for Wired that there is a paradox at the center of the claims made by proponents of social media and personal computing devices. He writes, “new media technologies connect us to more people in more places . . . . But at the same time, mediating relationships from behind a screen breeds a pervasive sense of isolation.” Texting and tweeting are no real substitute for conversation and real human contact, yet these technologies form the primary social fabric of many American lives.

My fear is that the unstructured nature of many online browsing patterns runs counter to any sort of discipline, spiritual or otherwise. The Internet exploits”delightfully and at times even helpfully”our desire for short-term diversion. But focused attention is essential to any serious study of ideas, and as highlighted by Simone Weil , a prayer life:

The Key to a Christian conception of studies is the realization that prayer consists of attention . . . . It is the highest part of the attention only which makes contact with God, when prayer is intense and pure enough for such a contact to be established; but the whole attention is turned towards God . . . . School exercises only develop a lower kind of attention. Nevertheless they are extremely effective in increasing the power of attention which will be available at the time of prayer, on condition that they are carried out with a view to this purpose and this purpose alone.

There are some interesting connections between faith and Internet use. Pew found that while religious believers are about as likely as those not involved in religious groups to have Internet, email, cellphones, they are less likely to have social network accounts (for example, 58 percent of religious people have a social media account compared to 64 percent for the non religious) or to think that the Internet has a meaningful impact on the life of the community. And this difference is even more drastic for those who attend a weekly religious service (only 54 percent of weekly service attendees utilize social media).

Besides our ever-shortening attention spans, there are a number of possible connections between Internet use and the rising number of young “Nones.” Robinson argues, for example, that the new “technological order” comes with a particular ideological bent. He worries that the cult of Apple iproducts indoctrinates a generation of narcissistic technological fideists to think that they understand everything. By conforming to the technological norms of the day, many young Americans can’t help but get infected by the less-than-desirable values of the mother company.

Some of us are called to fight for the good on the vast platform of the Internet. But for some of us, that platform can be too large and diffuse, and we do more good by investing our time and energy into the physically located “little platoons” that constitute an ever-atrophying American civil society.

When I find myself wandering down random, unproductive, and angst-inducing Internet paths, I’ll return to McSweeney’s and beg for a slower Internet. Maybe that would force me to practice patience, develop my attention span, and be more careful with every click. Thankfully, their ad included this option:

If you sign-up today, we are offering a no-risk, money-back guarantee. If our speeds aren’t at least twice as fast as your previous provider, or if you still harbor feelings that the underlying technology of our network could be the work of an intelligent designer, just give us a call. We will reinstall your old network and restore your belief in the power of faith . . . at absolutely no charge.

You have to wonder: Where did they get this faith-restoring technology? It could be useful.

J. David Nolan is a graduate of Williams College and a junior fellow at First Things.