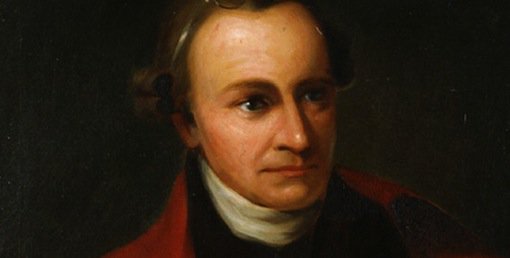 Thomas Jefferson and James Madison squared off against Patrick Henry and his bill for “Establishing A Provision for Teachers of the Christian Religion” for Virginia in the mid-1780s. Jefferson and Madison won the day, and the Virginia legislature did not enact Henry’s bill.

This was no simple anti-religious victory. In an ironic twist, Henry’s argument in support of religious establishment breathes more of secular modernity than Jefferson and Madison’s arguments. Jefferson and Madison made extensive appeal to theological principles”principles largely consistent with Anabaptist claims”while Henry limited his argument in the bill’s preamble to the temporal benefits the policy would generate for civil society.

Henry’s bill did not in fact propose establishing a church in Virginia. Similar to the form of religious establishment set up by the Massachusetts Constitution of 1780, Henry’s bill provided that each taxpayer be assessed and the revenue from the tax”less a 5 percent administrative fee”go to the governing board of a local church body identified by the taxpayer.

If a taxpayer did not designate a church to receive the collected funds, then the tax would be paid into the “public treasury” “for the encouragement of seminaries of learning within the Counties whence such sums shall arise.” (While today a “seminary” tends to be identified exclusively with a school for training clergy, in the late 1780s reference to a “seminary of learning” would be understood more generally as a school. So non-designated funds would go into a proto-public school system.)

Additionally, Henry’s bill did not allocate revenues for whatever purposes the church wanted. Rather, the revenues had to be used to pay for ministers or teachers “of the Gospel,” or for providing for places of worship. So money went only for instruction or for places of instruction.

Aside from the mild form of religious establishment proposed in Henry’s bill (several European countries today have similar systems of requisitions), what is striking about Henry’s bill are the civil, even secular, purposes articulated for the proposal, and the modern-sounding, collective-action sensibility justifying the proposal.

The general diffusion of Christian knowledge hath a natural tendency to correct the morals of men, restrain their vices, and preserve the peace of society; which cannot be effected without a competent provision for learned teachers, who may be thereby enabled to devote their time and attention to the duty of instructing such citizens, as from their circumstances and want of education, cannot otherwise attain such knowledge; and it is judged that such provision may be made by the Legislature, without counteracting the liberal principle heretofore adopted and intended to be preserved by abolishing all distinctions of pre-eminence amongst the different societies or communities of Christians.

What is striking in the articulated purposes of Henry’s proposal is that it does not aim to support ministers in order to advance divine or religious purposes; it does not seek to save men’s souls for their spiritual well-being. Rather, Henry posits plausible, if contestable, empirical claims about the effect of Christian teaching on civil society.

Christian teaching, he suggests, tends to “correct the morals of men, restrain their vices, and preserve the peace of society.” Telling the truth, keeping one’s word, dealing with others honestly in trade as well as in personal matters, not stealing or acting violently against others”all of these are goods that promote the temporal interests of civil society.

As with education in general, social support for teaching these virtues reflects a collective action problem: Each of us has an interest in other people being honest and generally non-violent, but each of us also has an incentive to free ride on the contributions of others in paying for instruction that might make others more honest and less violent. Henry’s bill is based on the classic argument for government financing for public goods: that voluntary provision of a public good will be lower than the socially optimal level for that good.

Both Jefferson’s and Madison’s responses to Henry’s proposal start out by appeal to freedom of minds and of conscience. It is difficult to see how these claims engage Henry’s proposal: His bill allows individuals to choose the church to which their taxes go, and the funds revert to the county treasury for general schooling if a person doesn’t want his tax to go to any church.

Indeed, while Jefferson’s Virginia Act for Establishing Religious Freedom is usually taken to conflict with Henry’s bill for providing for Christian teachers, the actual legal requirements of each bill don’t strike me as necessarily inconsistent with each other: Jefferson’s bill prohibits assessments that force people to give to churches. Henry’s bill does not require that tax dollars be designated for churches.

Madison advances numerous lines of argument against Henry’s position in his Memorial and Remonstrance . To consider just one line of argument here, Madison basically concedes the preambulatory basis of Henry’s bill, but tries to turn it. “Look, Christian,” he argues. “How comfortable are you that Henry would have the government provide tax support to ministers in order to achieve purely temporal goals.” Madison suggests that Henry’s proposal would harness the Church to serve governmental purposes rather than divine purposes. It thereby tempts the Church with a form of idolatry.

I do think that Madison identifies a real risk, but I don’t think that it’s a death blow to Henry’s argument. There is no inherent problem with a frank recognition that the success of the Church in society can generate temporal benefits as an incident of her ministry. The civil government can value those incidental benefits for its own temporal purposes without seducing the Church into idolatry. (A similar tension exists in modern prison ministries, in which prison authorities value the ministries for hoped-for temporal benefits to the prison and to the inmates.)

But in all this, the ironic twist of Henry’s argument should not be overlooked. His argument for church establishment is thoroughly modern. Modern policy analysis could in principle assess his policy proposal with little difficulty. It would simply ask whether the estimated marginal policy benefits in terms of decreased crime, increased truth telling, decreased out-of-wedlock births, etc., be greater than the dollar cost of the tax. In this way Henry’s argument for Church establishment is strikingly less religious in nature than Madison and Jefferson’s arguments against his bill.