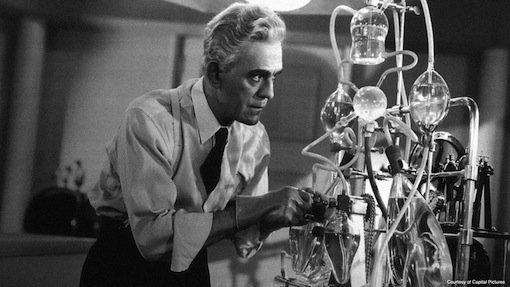 I was involved in one of those heated internet dustups last week. It started when Hank Campbell, creator of the Science 2.0 , accused me of being “anti-science” and “hating biology,” which he claimed I see as a “tool of Lucifer.”

“Anti-science”? “Hate biology”? Lucifer ? What had I done to spark such emotive language?

I argued against the creation of “three-parent” IVF embryos on ethical and safety grounds. (The father of the child in three-parent IVF would be the man whose sperm fertilized a genetically modified egg containing substances from two women, who would both be biological mothers.) I might have ignored Campbell’s criticism. But it was posted at the popular website Real Clear Science , so I pushed back .

That tempest in a teapot got me thinking about the ubiquitous use of the “anti-science” epithet. The point of the slur is to avoid actual discourse by branding an intellectual opponent as irrational, theocratic, and/or reactionary, to the end that the adversary’s opinions be dismissed as antithetical to modernity.

But the term is inaccurate on several levels. “ Science,” properly understood, is a powerful method for gaining and applying knowledge about the workings of the physical universe. Its tools are observation, careful measurement, testing, and the like. Is anyone really against these things? That’s what being “anti-science” would actually entail.

Debate adversaries are called “anti-science” most commonly during intense disagreements about the proper ethical parameters to establish over controversial areas of scientific inquiry. For example, the embryonic stem cell research (ESCR) debate isn’t primarily about stem cell science. Rather, the controversy surrounds the ethical propriety of destroying human embryos as if they were no more important than a corn crop. Throw the potential for developing non-contentious stem cell alternatives into the discussion”such as adult stem cells”and you have a real policy donnybrook.

Reasonable people fall on both sides of the embryonic stem cell divide. But it is no more “anti-science” to oppose ESCR based on ethical concerns than it is “anti-ethics” to support it.

Here’s another example of an ethical issue involving science. The National Institutes of Health recently announced that it will not fund new research using chimpanzees. Many applauded the new policy, citing the intelligence of chimps and their capacity to suffer as ethical reasons to stop the research. Others disagree”me included”citing the great human benefits that have come from using chimps in limited ways”the hepatitis vaccine is one”and the potential for future important breakthroughs, for example using chimps in the study of HIV.

So, why isn’t the NIH rule also “anti-science”? It could, after all, prevent us from learning valuable scientific facts and inhibit the ability of science to alleviate human suffering”the very reasons opponents of embryonic stem cell research are castigated.

The answer is simple: There is strong agreement within the scientific and bioethics communities for the moral view that led to the chimp policy, while most of these same advocates strongly oppose strict ethical limits on ESCR. In other words, whether one is deemed “anti-science” often depends on whose moral ox is being gored.

The anti-science label is also useful in stifling heterodox scientific research. Advocates for aggressive public policies to fight global warming, for example, accuse their political and scientist opponents of possessing an animus toward science for standing against the purported “scientific consensus.”

My colleagues at the Discovery Institute are routinely accused of being anti-science for promoting intelligent design (as they are in Campbell’s article), which ID opponents often mislabel as creationism. But ID is methodologically science. Its adherents are exploring the profoundly heterodox hypothesis that the natural world is better explained by a directing force than the almost universally accepted explanation of random causes and purposeless natural selection.

Intelligent design investigators may well be wrong about that. But questioning seemingly settled scientific orthodoxies and challenging consensuses is a difficult but necessary core function of the scientific method that keeps the sector from becoming sclerotic.

Thus, it is no more “anti-science” to explore the intelligent design hypothesis through experiment and evidentiary analysis”and indeed, articles friendly to ID or its insights have now appeared in a number of peer-reviewed or -edited science journals”than it was for scientists Robin Warren and Barry Marshall to propose that a bacterium causes peptic ulcers, a proposal for which they were ridiculed but which gained them a Nobel Prize in 2005.

Or take the case of Danny Schectman, who proposed the existence of quasi-crystals in the early 1980s and was widely scorned by fellow scientists. Yet thirty years later his persistence earned him a Nobel Prize in chemistry.

Advocates who castigate political adversaries or brand heterodox scientific approaches as “anti-science” intend their ad hominem ridicule to protect establishment views and policy agendas against those who would dare to challenge them. The point is to prevent discourse and protect orthodoxy. Ironically, if anything really is “anti-science,” that is.