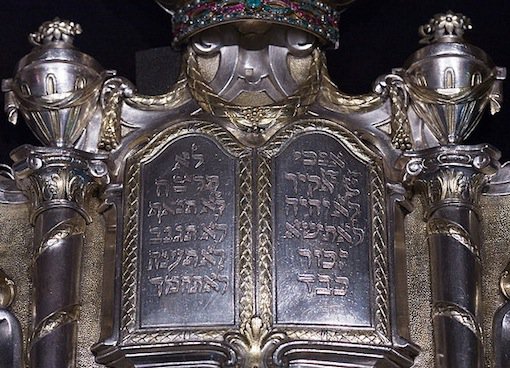 The week after the Travon Martin case was decided, we Jews found ourselves reading the early parts of Deuteronomy: “Then Moses severed three cities on this side Jordan toward the sunrising; That the slayer might flee thither, which should kill his neighbour unawares, and hated him not in times past; and that fleeing unto one of these cities he might live.” The manslaughterer was to remain in such a city for several years, until the death of the high priest. If he stepped outside the city, the relatives of the dead could take their vengeance.

Cities of refuge have always troubled me. If the killing was accidental, why must the killer retreat to a certain place? That has always seemed to me to be unjust and unwise. Yet the chapter begins by noting that the law “will be proof of your wisdom and discernment to other peoples, who on hearing of all these laws will say, ‘Surely, that great nation is a wise and discerning people.’ . . . What great nation has laws and rules as perfect as all this Teaching that I set before you.”

At the start of the next chapter we find the Ten Commandments. The Commandments, of course, prohibit murder. But accidental killing is not murder. Murder is the unjustified and intentional killing of another. By contrast, manslaughter is the accidental or incidental killing of another. The context highlights that contrast. But what to do with the manslaughterer, and why must he go away?

The reaction to the Martin verdict sheds some light on that question. To explore it, let us accept for the sake of argument what we can never really know”namely, that Zimmerman’s account of his encounter with Martin was accurate. Zimmerman claimed that the only reason he did not go straight back to his car after reporting Martin was that he was looking for a street sign so that he could tell the police his exact location. According to Zimmerman’s testimony, Martin jumped him and started attacking. Martin was getting the better of Zimmerman, and Zimmerman claims he feared for his life. So he went for his gun and used it in self-defense. Zimmerman, who is Hispanic, part black, and part white claims that he has no particular racial animus.

If all that is accurate, and the jury concluded that it might be and that, therefore, Zimmerman was not guilty beyond a reasonable doubt, then according to our laws, Zimmerman does not deserve punishment. But the Torah says otherwise. Why? The reaction to the case might begin to provide an answer.

No one ever likes to lose a loved one. When we lose a close relative who is old and infirm, it hurts and creates a wound that never really heals. When we lose someone before his or her time, we are as a rule angry, even furious, with God, with fate, with cancer. It is unfair that our dear friend, relative, teacher, etc., is gone before he or she ever really lived, or at least when they still had so much life to live. Consider now our reaction when we not only have lost someone near and dear to us well before their time, but we also know exactly who killed him. We are naturally very reluctant to allow that the death was the result of a tragic misunderstanding. And even if we can at some abstract level accept that rationale, it seldom will satisfy most of us. (Indeed, it might be that only people who are a bit off socially are capable of such a reaction.) The natural thing is to deny that one’s son was lost that way. It must be the fault of the person who did it, and any court that finds otherwise is biased. That reaction, we have seen, can apply to whole communities, or even collections of communities, no less than it applies to individuals, particularly when there is a long history of injustice in that community that has sown distrust.

All that might explain why the Torah, in effect, punishes the person who is guilty of accidental manslaughter. It does not demand that the manslaughterer be put to death”the penalty for those who commit murder. But it does say that a manslaughterer is liable to vengeance by the family of the deceased if he steps outside the boundary of the city of refuge. In other words, the Torah gives scope to the very natural human reaction to such a situation. It understands that parents who lose a beloved son in a tragic accident will have trouble accepting a not-guilty verdict and makes an accommodation. It provides a necessary outlet for enraged loved ones and for groups in our community while protecting the perpetrator of an accidental death as long as he stays within the boundaries of the city of refuge, thus aiming to resolve the issue without further bloodshed.

American law, however, follows a different tradition. Aeschylus wrote the classic work on vengeance and law in the Greek tradition. His Oresteia describes the cycle of murder and revenge, and its resolution. Agamemnon is murdered in the first play of the trilogy. In the next, Orestes takes his vengeance upon those who murdered his father. In the third play, Athena herself convenes a court to judge the matter”one that lets Orestes go free. Where once there was the rule of men, there is now the rule of law. That’s the tradition upon which a great deal of American law is based. It aims to be just, but it also is unsatisfying, perhaps even unnatural, as it gives no room for the furies that created the cycle of vengeance in the first place. This may be more civilized, but it will never be satisfying.