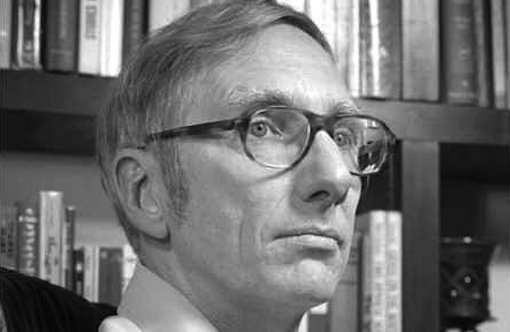 I learned much from the late Robert Bellah. His widely discussed (and widely criticized) 1967 essay on civil religion chastened me for my habit of issuing unnuanced condemnations of civil religion as such. And Habits of the Heart , written by a team of scholars led by Bellah and published in 1985, has been a continuing resource for me on a variety of subjects”especially worship.

Bellah’s team alluded to worship only in passing, yet unforgettably. The authors had laid out the ways in which the two major strands of individualism”utilitarian and expressive”have begun to impoverish our language in American life so that it is increasingly difficult for people to speak clearly about matters of commitment. The antidote, the Bellah team said, is the cultivation of “communities of memory” where older ways of speaking about the issues of life are preserved.

One mode of discourse they singled out was grounded in the “republican” virtues, as embodied in a commitment to community service: A middle-aged widow is asked why she volunteers three days a week as a school crossing guard, and she answers, “I guess I just care about the kids in our community!” Folks on the left who issue blanket condemnations of “super patriotism” tend to ignore the ways in which commitment to something beyond ourselves”which, admittedly, can itself go wrong”is essential to sustaining the language necessary for preserving the bonds of community.

The second mode of discourse was explicitly religious. In “the churches and synagogues,” the Bellah group wrote, “there are still operating among us . . . traditions that tell us about the nature of the world, about the nature of society, and about who we are as a people.” The sense of commitment embedded in various spiritual and theological traditions is crucial, the team argued, to the maintenance of a healthy civil society. In my own Reformed-Presbyterian tradition, the best known catechism answers put these commitments clearly on display: “The chief end of man is to glorify God” ( Westminster Shorter Catechism ); “My only comfort in life and in death is that I am not my own, but belong to my faithful Savior” ( Heidelberg Catechism ).

It is clear that the Bellah team was dissenting from the widespread bias among theologians against emphasizing “the social utility of religion””as was Bellah in his earlier defense of civil religion. I find that anti-utility bias to be too simplisitic. To be sure, religion ought not to be valued merely for its social utility. But we ought to be thankful for the ways in which religious convictions also serve the common good.

But here is an irony. In the twenty-eight years since Habits of the Heart appeared, Christian worship has increasingly come to employ the language of the very individualisms criticized by the Bellah team. The most obvious case in point is the “prosperity Gospel” movement, where trust in God is seen as an effective means for attaining “health and wealth” benefits. But in less overt ways, the language of much newer hymnody and preaching sounds like individualism, especially of the “expressive” variety. This not only shows up in Evangelicalism; compilers of hymnals for mainline worship excise God’s wrath. The atonement that “satisfies” the demands of divine justice disappears, leaving only the assurance that God offers an unconditional”and humanly “satisfying””love for the likes of us.

Robert Bellah’s big contribution to our understanding of our collective life together focused primarily on the requirements for sustaining a healthy civil society. His references to religion were often incidental to those larger aims. But for people of faith, there was nothing incidental in his reminder of what we have to keep alive within our worshiping communities: those “traditions that tell us about the nature of the world, about the nature of society, and about who we are as a people.”

Richard J. Mouw is Distinguished Professor of Faith and Public Life at, and president emeritus of, Fuller Theological Seminary.