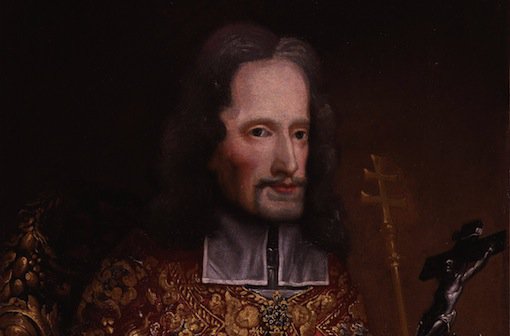 In 1652, Catholicism was made illegal in Ireland.

By 1673, across Ireland, military and civil officials were required to swear by oath that bread and wine could not be turned into the Body and Blood of Jesus Christ.

The penalty for belief in the Eucharist was exile, prison, or death.

In 1673, Oliver Plunkett was the Archbishop of Armagh, the Primate of Ireland.

He would not swear an oath against his conscience. In fact, he went into hiding, supporting the Church, and promoting heroism among the Irish priesthood. Plunkett was falsely accused of treason, arrested, and in 1681, he was martyred. His crime was promoting the gospel of Jesus Christ.

St. Oliver Plunkett could have been exiled, but he could not abandon his flock. They needed the love, and the protection, of the Church.

Last week, Irish media reported that Dublin’s Mater Misericordiae Hospital, a Catholic healthcare facility, will comply with the Irish Protection of Life During Pregnancy Act. The act permits abortion under certain circumstances, including threats to the mental health of pregnant women.

By all accounts, Mater Hospital will abandon its commitment to the gospel in favor of a false doctrine of “compassion, concern and clinical care.” But there is no compassion in the direct killing of children. There is no concern for patients when mental health is treated by violence.

In recent weeks, we’ve heard a great deal about the pastoral openness of Pope Francis. It is exciting. But there are those who would distort the Holy Father’s message: those who would confuse love for laxity. Compassion is not undemanding permissiveness. Mercy is not an enemy of truth.

Increasingly, Catholics are told that if they cannot conform to secular morality, they should leave the secular sphere. That Catholic hospitals must compromise, or be exiled. But we cannot abandon our flocks. Like the Irish of St. Plunkett’s time, the unborn need the loving protection of the Church.

St. Oliver Plunkett gave his life for an invisible truth: the Eucharist. The unborn are not invisible, they are not hidden. They are alive, unique, and endowed with dignity. They need the protection of the Church. May we stand with them, now and forever.