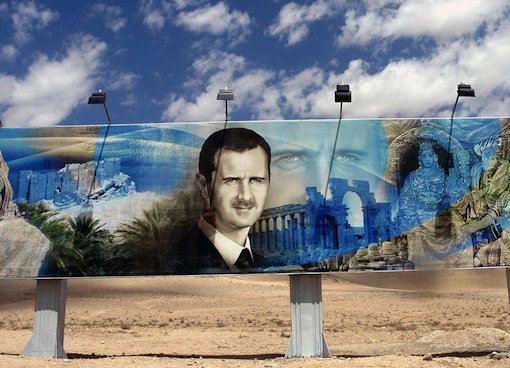 Symbolic killing: It’s a repulsive notion. Gang bangers do it, using killing as a rite of initiation. Shoot someone to show resolve. Many ancient societies did it, killing to send a message to the gods. Totalitarian states do it. What they lack in legitimacy they make up for with fear, preserving the credibility of their threats to destroy all dissent.

Is our public debate about launching some sort of military demonstration of power in Syria any different? The President doesn’t want to do anything of consequence”but he doesn’t want to be seen as doing nothing. Insofar as our commander-in-chief reassures us that he intends no significant involvement or commitments in the Syrian civil war, the attacks will be without real purpose.

Symbolic killing? Purposeless killing? It’s morally repulsive to me that we should launch cruise missiles simply to put an exclamation point on a national stance or posture. “We believe in international norms!” “We’re still powerful and relevant and don’t make me do something you’ll regret, buddy!” These seem like caricatures, but have our public officials offered a rationale for attacking Syrian government forces that amount to something more substantive?

I’m not a pacifist, far from it. There are times when military force should be used, and now may be one of those times. But a just occasion does not automatically a just war make. One of the principles of just war-making is probability of success. Another is proportional use of force. Still another is last resort. These principles require clarity about the strategic goal of going to war. Success in achieving what? Proportional to achieving what? Last resort for achieving what? The Obama administration’s explanations of our need to bomb Syria make it impossible for me to formulate these questions in anything like a precise way, much less answer them. When do we know our credibility has been successfully preserved?

Reasonable people can disagree about when wars are just. Probability of success, proportionality, and last resort are judgment calls. But I certainly can’t endorse warfare under our present circumstances, and I would vote against it were I a congressman. No war can be just when we can’t even apply just war principles.

The Syrian non-crisis over proposed non-intervening intervention has seemed to me almost entirely superficial and theatrical. A tweet by David Axelrod”“Congress is now the dog that caught the car””epitomizes how so many think of this moments in terms political gamesmanship rather than geopolitical significance. No doubt they do so because that’s how so many politicians and analysts are in fact thinking about it. To bomb or not to bomb? It’s not really about Syria, where people who don’t matter to us are killing and being killed, but rather about angling for electoral advantage in 2014 and 2016.

This was not the atmosphere in 2003 when the Bush administration made its fateful case for invading Iraq. Whatever the value of the reasons offered then, they were more then merely symbolic. We may have come to regret the positions we took. I did. But it was a serious time.

September 11 was a fresh memory, but there was another reason as well. A man known for his bungled sentences, Bush actually articulated what he hoped to accomplish. He set out a goal, an ambitious one, and that forced us to be morally serious, serious about what we thought was and was not possible to achieve in Iraq and the Middle East more broadly.

Held accountable for failure, Bush paid the price for his clarity of purpose. In our present-day, 24/7 spin culture, I fear the main lesson was not to adopt different goals and policies, but instead to steer clear of geo-political clarity. By my reckoning the Obama administration has adopted an essentially rhetorical approach to foreign policy that is sufficiently vague to diminish the political dangers of accountability. I imagine Romney would have done the same had he been elected.

We can avoid clarity because few think anything important is at stake in Syria, or anywhere else in the world for that matter. This judgment reflects a deeper conviction that we now live in a global system that automatically limits warfare and domesticates rogue nations. True, there are threats. But counter-terrorism is now a global project that blurs the lines between domestic and international intelligence, as the revelations about the NSA make so clear.

To varying degrees most of our leadership class now believes that we’re at what Francis Fukuyama called the end of history. Even if few accept the details of Fukuyama’s analysis (and vastly fewer read him), most assume that democratic capitalism monitored by an international human rights legal regime is the natural condition of humanity which, if given the opportunity, all normal people will embrace. This is especially true when it comes to the global economy, which many believe is an irresistible force that transcends politics and will bring about, if not the Kingdom of God, then at least the kingdom of rational self-interest. History is on our side.

I’m a firm believer in the moral advantages of a liberal democratic system of government. I regard global capitalism as largely though by no means exclusively benevolent, especially if you live in a poor part of the world. But it’s naïve to imagine these things are natural or inevitable. Human beings have a persistent desire to dominate and capacity to destroy. History is not on our side; the future is open-ended.

We have fateful decisions to make. The world is changing; it is always changing. What America can and should do in the Middle East (and elsewhere) isn’t the same as it was in 1953 or 1973 or 2003. We need a national debate about those changes and what to do about them, not mock-serious talking points about missile strikes that nobody seems willing or able to defend as necessary and effectual.

In this debate a signal truth needs to be kept in mind: America is an extraordinarily powerful nation. We have tremendous resources and our military is peerless. When threatened, our society becomes unified, and when attacked there’s plenty of resolve. I’m reassured by this truth, but I’m also frightened by it. If our leadership neglects maintaining our global hegemony because they believe in the self-sustaining power of the global system we’ve largely created, I fear our enemies will misjudge us, and in so doing provoke our wrath.