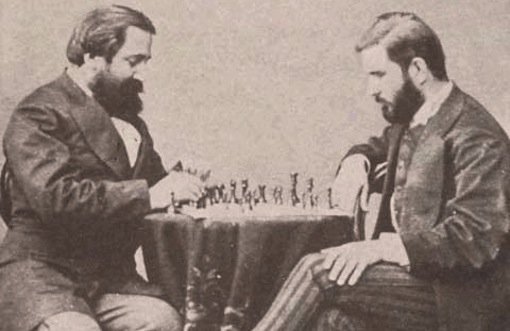 There has been a spate of editorials and columns”even a book”criticizing Republicans in Congress for being “radical,” “crazy,” “extremist,” and focused on the GOP “brand” rather than on “problem solving.” Thomas E. Mann and Norman J. Ornstein’s 2012 book, It’s Even Worse Than It Looks: How the American Constitutional System Collided With the New Politics of Extremism, exemplified and encouraged much of this criticism. Mann and Ornstein”both stolid fixtures of the Washington policy establishment”make the argument that the Republican Party bears unique responsibility for what ails Washington and the nation.

While Mann and Ornstein frame their complaint in terms of process, their paramount concern is with policy. Above all things, the problem with the GOP according to Mann and Ornstein in a recent column in Salon, is that it “aspires to rewrite the social contract and role of government developed and affirmed over a century by both major political parties.”

As they did in their book, Mann and Ornstein continue to ignore the role of voters in all of this. In their book they celebrate the wink and the nod of midcentury Republicanism. Sure, Republican congressional candidates would run as conservatives back at home, but in Washington they’d work as “problem solvers.” For Mann and Ornstein, problem solving means compromising with Democrats so that the size of the national government continues to increase, but at a slower rate than Democrats prefer. The possibility that Republican voters, and at least some Republican legislators, would sincerely, and reasonably, want to decrease the size of the national government does not seem to have dawned on Mann and Ornstein.

What Mann and Ornstein characterize as Republican pragmatism and responsibility, many voters view as Republican cynicism and hypocrisy. These voters cheered when Reagan said that “government is not the solution to our problem; government is the problem.” They cheered when George Bush said, “Read my lips: No new taxes.” They cheered when Bill Clinton announced that “the era of big government is over.” They saw lots of talk, but little change over the decades. The media allowed the hypocrisy of the Republican wink and nod to go unreported for so long because, like Mann and Ornstein, they approved of the policy outcomes that resulted from GOP me-tooism.

Mann and Ornstein, as well as other GOP critics in the media, miss the deep frustration that has developed over decades among a wide swath of GOP voters. For better or for worse, these voters actually want to see a change in the trajectory of the national government. They’d be happy with compromise and problem solving, as long as compromise meant that the size of the national government decreased ”even if at a slower rate than they wanted. Perhaps GOP voters finally elected representatives who will do in Washington what they say they’ll do in the district.

In another sense, the criticism that GOP legislators are behaving irrationally is spot on. But, again, the linkage to the voter is critical: Perhaps GOP voters rationally figured out that to get what they want they needed to elect irrational legislators.

Because everyone knows that, rationally, Congress will vote to increase the debt ceiling in the last stage of the game, that affects how the earlier stages of the game are played: Congress votes for new programs, anticipating that funds for the new programs will be paid for by borrowing. When the ceiling is then reached, legislators rationally vote to increase the debt ceiling so that the national government doesn’t go into default.

Increasing the debt ceiling is the rational last stage in this sequential game, and it is part of what the academic literature of game theory calls a subgame-perfect strategy. Subgame perfection rules out non-credible threats (e.g., allowing the national government to go into default), and this belief then affects the earlier play of the budget game.

Talk about decreasing the size of government is only that, talk. And talk is cheap. This is the basis of the GOP wink and nod that Mann and Ornstein celebrate. But it’s a game that’s rigged against GOP voters who want to see a responsible reduction in the size of the national government. By the time Congress gets to a vote on the debt ceiling, the only option available to rational legislators”no matter how conservative or liberal”is to continue enabling the government shopaholic by increasing Uncle Sam’s credit line.

But GOP voters seem to have figured out a way to play the game differently. Changing the game at the last stage would change the earlier play of the game. If the budget ceiling were a fixed constraint, then Congress couldn’t authorize programs to be paid for by increased borrowing. But in order for the budget ceiling to become a fixed constraint the anticipated action at the last stage of the game needed to be changed. One rational means for GOP voters to do so is to elect politicians who would be crazy enough to take the irrational action in the last stage of the game of not increasing the debt ceiling. Like the 1960s doctrine of mutually-assured destruction, deterrence works only to the extent that one believes that the other side, irrationally, will push the button after you’ve pushed the button.

So, sure, GOP voters are electing crazy, non-pragmatic, irrational legislators. But they’re doing so in order to change the game and, rationally, get the smaller government so many of them sincerely, and reasonably, want.

James R. Rogers is associate professor of political science at Texas A&M University. His previous “On the Square” articles can be found here . Image via Wikimedia Commons.