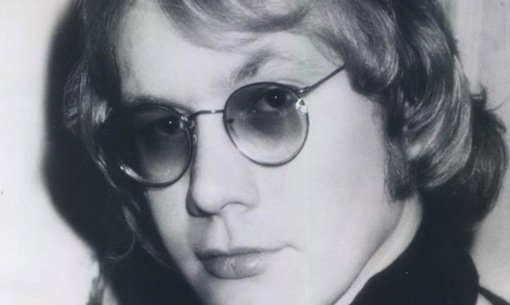 Ten years ago this month, Warren Zevon died and the world of music lost an extraordinary talent. Gifted and mercurial, Zevon’s tumultuous life often paralleled the self-destructive paths of other celebrities; and yet”in significant ways”also diverged sharply from them.

Zevon grew up on the West coast in the fifties and early sixties in a household where neither parent was musically inclined. His father, Bill, was a colorful Russian-born gambler, and his mother, Beverly, the daughter of prominent Mormons. They came from very different worlds, and not surprisingly, divorced when Warren was just sixteen. But by then, the precocious teenager had decided to become a musician, thanks largely to the influence of composer Igor Stravinsky (an improbable neighbor of the Zevons). Along the way, Warren moved from classical music toward the rhythms of his time”folk and rock”and set out for New York to become a Dylanesque troubadour. But the youthful venture went poorly, giving Warren his first harsh taste of the highly competitive music business.

Undaunted, Zevon returned to California, where he hooked up with an old high school friend, Violet Santangelo, to form the quirky duo, “lyme & cybelle,” which generated an unexpected hit, “Follow Me” (1966). It was astonishingly well crafted for a song written by someone who was just nineteen”a glimpse at Zevon’s future brilliance. The industry began to notice Zevon, and two of his other songs, “Like the Seasons,” and “Outside Chance,” were picked up by The Turtles (the first landed on the B side of their smash record, “Happy Together”).

Warren wrote more songs, did session work, and eventually became the keyboard player for the legendary Everly Brothers. But his dream was always to be a successful solo artist, a goal he doggedly pursued, even after his first album, Wanted Dead or Alive (1969), failed.

After a brief sojourn in Europe, he returned home to revive his hopes. His moment came when fellow recording artist Jackson Browne”a great believer in Zevon’s music”produced two of his breakthrough albums, the self-titled, Warren Zevon (1976) and Excitable Boy (1978). The first won raves, even if it sold only modestly, but the second was a critical and commercial success. The title track”about the hedonistic exploits of its wild protagonist”was outdone only by Zevon’s surreal and sensational hit, “Werewolves of London.”

Zevon’s songs told stories about strange and combustible figures. And like all good storytellers, Zevon kept everyone guessing about where his tales would go”often leaving their conclusions to listeners, after sparking their imaginations. That he could do this within the confines of a three or four minute song made his work all the more impressive.

Beyond that, Zevon had an uncanny ability to measure his generation in friendly but critical ways. In “Lawyers, Guns and Money””his biting satire about political intrigue and personal misfortune”Zevon captured the selfishness and cold war paranoia of the “Me Decade”:

Well, I went home with the waitress
The way I always do
How was I to know
She was with the Russians, too?

In “Mr. Bad Example,” he lampooned the greed of the eighties, and in “Boom Boom Mancini” and “The Hockey Song” he questioned the hidden violence which often drives American sports.

But Zevon was not just a man of sardonic wit. His songs could be tender and introspective. “Accidentally like a Martyr” speaks to anyone who has ever been tempted”and burned”by a misguided romance. “Hasten Down the Wind” is a piercing ballad about a once-strong relationship gone cold. And “Splendid Isolation” is as memorable a tribute to independence as John Lennon’s superb “Watching the Wheels.”

For all his talent, however, Zevon had a dark side. For much of his life, he was a serious alcoholic and suffered from Obsessive-Compulsive Disorder. He wrecked his marriage with frequent affairs. At times, he was better known for his flights of rage than his music. And yet, as terrible and inexcusable as his behavior could be, Zevon’s relatives and friends still remember him with much affection. There are many reasons for this, but one of them may be that Warren Zevon was a man of quiet, resilient faith.

Faith is not something usually associated with the rocker who belted out “Werewolves” and wrote the even more macabre “Roland the Headless Thompson Gunner.” But faith there was.

In 2002, after he was stricken with terminal cancer, and given just three months to live, Zevon was asked whether his illness had changed his spiritual outlook. “No,” he said without hesitation, “I’ve always been a Christian.” Testifying to that is the cross Warren wore around his neck during the last year of his life. Everywhere he was seen during that period”on a VH-1 documentary, on the David Letterman Show , in his recording studio”it was seen, too.

Zevon said, “I’ve always been a Graham Greene guy, haven’t I? It’s alluded to in many albums.” Right from the very beginning, in fact, it was apparent. His early hit “Follow Me” contained religious undertones in lyrics such as:

Now the night is still
Wander where you will
and I will find you . . . .

My restless heels don’t heed me
I’ll wander where you lead me.
But I don’t know what to do
I will follow you

Subsequent songs evoke Biblical themes including sin, heaven, Christ, and eternity. In what many believe to be his finest song, “Desperados Under the Eaves,” Zevon sings about his fierce battle with alcoholism and reckons with a judgment from beyond:

Don’t the sun look angry through the trees
Don’t the trees look like crucified thieves
Don’t you feel like Desperadoes under the eaves
Heaven help the one who leaves.

Zevon felt a powerful attraction toward Catholicism . In her memoir of him, his former wife Chrystal, who stayed close to him even after their divorce, describes the time the two were in Spain and visited a “lovely Church:”

We went there often and just sat and held hands. It was Catholic, and he decided we should convert. He meant it . . . . He bought me a little gold cross to wear around my neck and told me we’d have a dozen babies and he’d play whatever music suited him and life would be grand. I wasn’t too enamored of the Catholic part, but I did love the reverence it brought up in him.

Equally fascinating is what Chrystal reveals about an event shortly before Warren’s death: “A Catholic girlfriend took him to meet with her priest, but he didn’t have enough time left to convert.”

Of course, if he believed that, or was mistakenly told that, it was a terrible misunderstanding. Yet as Zevon’s close friend, Ryan Rayston, said “he had a lot of faith. He believed in God, and actually started going to church again after September 11, after years of being away from it.” His belief “was unwavering” in the face of death. “Never once did Warren question why this was happening to him.”

It was at Warren’s insistence that Chrystal wrote her unvarnished book about Warren. She explained the reason in a recent interview : “I think Warren, at his core, had a super sense of morality, and I think for him it was almost like going into the confessional.”

In another interview, marking Zevon’s death, she expanded upon that , noting that many of his best friends were “solid, grounded people with families, and that’s what Warren always craved, even if he didn’t always act like that.”

The secret of the “excitable boy” is that he longed for spiritual peace and old-fashioned contentment.

One is happy to report that he evidently found it, according to Chrystal, who says that he “died well.” Before he did, he was able to make amends to her and his two children for all the times he failed them; and what is more, he beat doctor’s predictions about his mortality, living to witness the birth of his twin grandsons. Chystal describes what Zevon said to her after they received the news at the hospital: “Come on. I know where the chapel is in this joint. Let’s go thank the Big Guy in the sky.”

When his daughter, in the VH-I documentary, tells her dying father that she is going to name one of her boys after him, a look of pure and radiant joy overcomes Warren’s face”as if the news suddenly expels all the demons that ever haunted him.

In the same film, chronicling the making of his last, award-winning album, The Wind, Warren says, “I think that writing songs is an act of love. You write songs because you love the subject, and you want to pass that feeling on.”

Never was that feeling better expressed than in his heartbreakingly beautiful track, “Keep me in Your Heart.” Anyone who has ever lost a loved one”which means all of us”can relate to it.

If it is true, as the playwright William Saroyan once wrote, that the best part of a man “stays forever,” Warren Zevon’s music will live on. As it should.

William Doino Jr. is a contributor to Inside the Vatican magazine, among many other publications, and writes often about religion, history, and politics. He contributed an extensive bibliography of works on Pius XII to The Pius War: Responses to the Critics of Pius XII . His previous “On the Square” articles can be found here . Image from Wikimedia Commons.