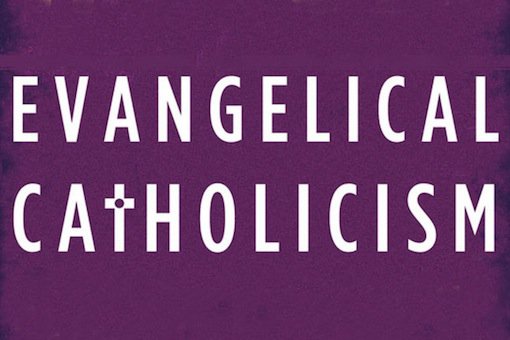 I am grateful to my friend John Cavadini for his searching review of Evangelical Catholicism . Despite employing a slightly jarring method (erect straw man; concede that straw man is, in fact, straw man; suggest that author should have “blocked” the possibility of anyone erecting straw man), Cavadini raises important questions about the relationship between Christology and ecclesiology that will help clarify the theological architecture and missionary imperative of the evangelical Catholic project, which has been embraced by Pope Francis in his first months as Bishop of Rome.

The Catholicism of the New Evangelization, as I understand it, accepts and lives out of C. Kavin Rowe’s formula in World Upside Down , his splendid commentary on Acts: “ecclesiology is public Christology.” Christ and the Church cannot be sundered; and while it is true that, as John Paul II, Benedict XVI, and now Pope Francis have insisted, friendship with the Lord Jesus Christ is the essence of Christian discipleship, it is also true (as I wrote in Evangelical Catholicism ) that “this friendship is found in the Church, in the word of God recognized as such by the Church in the Bible, in the sacraments celebrated by the Church, in the works of charity and service, and in the fellowship of those who have been ‘born of water and the Spirit’ [John 3.5] . . . . [Thus] the Church is always the privileged place of encounter with the living God, who continually forms his people into the community in which the full truth about humanity is grasped.” Moreover, as Rowe’s exegesis demonstrates, the encounter with the Risen Lord in the Church necessarily leads to mission; as Rowe puts it, “the primary grammar of mission in Acts is that of witnessing to the resurrection of Jesus,” such that the Christian life, born of a personal commitment to the Risen One, becomes “an alternative way of being in the world that takes as its pattern the life of the one to whom [Christians] bear witness.” Thus, as I suggested in Evangelical Catholicism , the Church of the 21st century must be a “culture-forming counterculture,” committed to converting the ambient public culture, not merely “engaging” it.

An important theological question is raised by the fact that there are “juridical” or nominal Catholics in whose lives there is little evidence of the grace of baptism at work, despite the ontological change wrought in them by reception of the sacrament, and by the fact that there are practicing Catholics who nonetheless deny to be true what the Church teaches to be true. That, in different degrees, these Catholics are in a defective state of communion with the Church is an idea requiring further theological debate and clarification, to be sure; but it is not a new idea. It is latent in the classic distinction between venial and mortal sin; it is implicit in Lumen Gentium 8 and Unitatis Redintegratio 3 (what is true of “separated brethren” is surely true, analogously, of brethren who have separated themselves from the fullness of Catholic communio by their denial of Catholic truth in their convictions and/or their mode of life); it would seem to be explicit in pastoral instructions on worthiness to receive Holy Communion. In any case, it seems fairly obvious that Catholics in a gravely defective state of communion with the Church cannot contribute as they ought to the Church’s mission.

Emphasizing the centrality of friendship with the Lord Jesus Christ in the Christian life, as the current Bishop of Rome and his two predecessors have done, in no way sets the “sacramentality” of Christ against the “sacramentality” of the Church. Indeed, it seems that the intent of the Fathers of Vatican II was to strengthen the Church by emphasizing ecclesial Christocentricity. Thus the very first sentence of Lumen Gentium , the Dogmatic Constitution on the Church, begins with the clarion affirmation that “Christ is the light of the nations,” and then teaches that the Church exists to “enlighten all people with his brightness . . . by preaching the Gospel to every creature.” Christ-Church-Mission: the three are inseparable, from Acts to Vatican II, John Paul II’s Redemptoris Missio , and the Latin American bishops’ 2007 Aparecida Document, of which Jorge Mario Bergoglio was a principal intellectual architect.