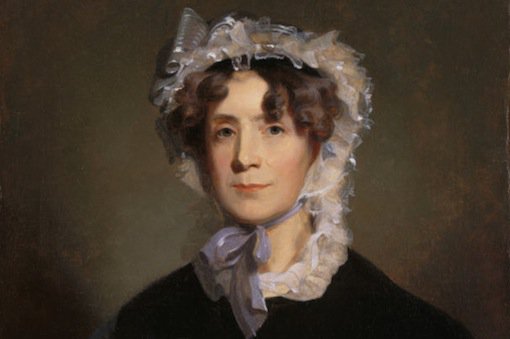 Thomas Jefferson’s religion has been controversial for over 200 years, since at least the 1800 presidential race. The latest flare-up was over popular conservative Christian writer David Barton’s recently published Jefferson Lies , which the publisher withdrew last year after the exposure of numerous distortions in Barton’s attempt to baptize Jefferson as a virtual evangelical fellow traveller. Secular historians have typically painted Jefferson as a religious freethinker.

More insightful is a mostly unnoticed recent biography of Martha Jefferson Randolph, her father’s closest intimate, serving as First Lady during his presidency, and living with him virtually his whole life. Jefferson’s own wife died young, and Martha, his oldest child, was also his only child to outlive him. Martha Jefferson Randolph: Daughter of Monticello , by George Mason University professor Cynthia Kierner, portrays her as a faithful disciple of her father’s politics and faith.

The daughter, like the father, retained a lifelong affiliation with the Episcopal Church while largely professing Unitarianism. She recalled as a girl having been “most religiously brought up,” perhaps more under her mother’s influence. During Jefferson’s years as ambassador in Paris, a teenaged Martha attended a prestigious convent school, the Panthemont, whose allures briefly tempted her with Catholicism and a religious vocation. Her father urged her to postpone such a choice until her judgment “matured,” counsel that shrewdly had its intended effect.

Martha’s husband inclined towards Deism, and they baptized their daughters, but not their sons, as Episcopalians, an omission for which she later faulted religiously skeptical “friends.” Their daughter remembered bemused family talk of possibly going to hear a Unitarian minister, but only “depending on Grand-Papa’s wishes,” to which her mother still objected “because she thinks it will scandalize the neighbors, with whom we already stand suspect.”

Although more religious in older age, Martha did not follow her relatives into increasingly more popular evangelical beliefs, deriding religious “ranting.” Her volcanic husband, from whom she was often estranged, died in her caring presence affirming faith as a “unitarian Christian,” which he identified with her father’s beliefs.

The biography notes that no Episcopal church building was consecrated in Charlottesville until 1826, the year of Jefferson’s death. The family had attended Episcopal services in the courthouse, which also hosted Presbyterian, Methodist and Baptist worship, prompting Jefferson to call it “the common temple.” Scholarly Episcopal Rev. Frederick Hatch, who arrived in town in 1819, was a friend to Jefferson, who described himself as a member of Hatch’s “flock,” and whom Hatch visited as he lay dying.

Martha as a widow living with her daughter in Boston was more churchgoing. As her son-in-law reported: “Mother is quite spoiled by the Boston preaching, and dreads the necessity of listening to Mr. Hatch” after the experience of Boston’s evidently more erudite and more Unitarian clergy. Her daughter hailed her new region’s spirituality, as there was “something in the very air of New England which produces or increases a religious tendency in the mind, for I feel a stronger confidence in the doctrine of an immediate providence, & greater trust in its interference with the affairs of men, than, I think, I used to feel.” She also was glad that her new locale “placed me where Religion is to a greater degree divested of mummery & intolerance.”

Another daughter was tempted to Catholicism, as Martha had youthfully been, leading Martha to warn that Catholicism was as “almost as far removed from the religion of Christ as the Mahomedan,” and imploring her daughter to stick with “our own church.” Despite her enjoyment of Boston religion, Martha preferred “the forms of the Episcopal church” while disbelieving the Trinity. She condemned Catholic belief in transubstantiation, which is the “most monstrous article of their creed” and “absolutely blasphemous,” transforming communicants into “cannibals.” Martha commended the merits of individual Catholics, probably recalling her girlhood at the convent school, while extolling the “simple doctrines of Christ,” echoing her father.

Martha died ten years after her father and was buried with him at Monticello. Martha’s beliefs, religious and otherwise, are a window into her father’s soul. They were both lifelong Episcopalians with a Unitarian theology, espousing a generic, rational Christian morality, and rejecting doctrinally orthodox Christianity, especially what Jefferson privately called the “priestcraft” of Catholicism. Both were privately discomfited by resurgent evangelicalism, while both respected rights of conscience and found virtue in adherents of all churches.

Both similarly struggled with slavery, of which Martha disapproved perhaps even more than her father. But like her father, she was debt-plagued, and unwilling or unable to prioritize manumission for all but a few slaves over her children’s inheritance. Daughter of Monticello presents Sally Hemmings as Jefferson’s undisputed slave mistress without persuasively explaining why Martha and her children, despite living at Monticello, would always adamantly deny the supposedly thirty-six year affair producing six children.

How Americans view Jefferson reflects how they view themselves as a nation, hence the always intense debate over Jefferson’s religion and character. Understanding his daughter and her faith helps to unravel the controversy.