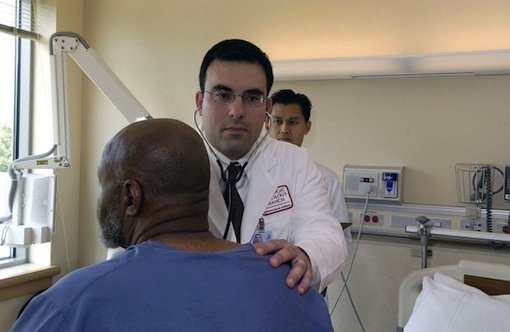 The well publicized problems of Obamacare are a sign of both opportunity and a danger for conservatives. The dysfunctions of Obamacare (the premium increases even more than the website problems) will give conservatives a wider hearing for their ideas on health care policy. But there is a danger: If conservatives fail to offer alternatives to the failures of Obamacare, the left will be able to offer single-payer as the only viable alternative to the problems caused by Obamacare. Whether or not conservatives can offer an alternative will determine if Obamacare is the high point of government control of medicine or just another step toward a complete public takeover.

It is understandable why conservatives haven’t wanted to talk about health care policy (aside from the importance of blocking liberal initiatives) in recent decades. Republican-leaning voters are more likely to have health insurance coverage so health care policy seemed less urgent. Health care policy plays little role in the conservative narrative of the last fifty years. Conservatives remember Reagan for cutting taxes and confronting the Soviet Union, not for his adoption of a centralized Medicare payment system that probably drove up health care costs. The closest thing to a heroic health care story among conservatives is how William Kristol and Phil Gramm helped sink Hillary Clinton’s health care plan.

This approach to health care policy had serious consequences. The 2012 Republican presidential candidates who were most associated with grassroots enthusiasm were the ones that had the least to say about health care. There was Herman Cain talking about how he would have died from his cancer if Obamacare had been in effect. There was Rick Perry only being able to sputter that the Department of Health and Human Services was responsible for Texas having the highest rate of uninsured in the nation.

What was most discouraging was how these Republican candidates would fall silent when Mitt Romney would defend the basic structure of Obamacare. These Republicans were used to making simple and unchallenged denunciations of “socialized medicine.” Confronted with Romney’s explanation that Romneycare’s individual purchase mandate was really about personal responsibility, these candidates had nothing to say. Their opposition to Obamacare might have been deeply felt, but it issued only in bumper-sticker slogans.

Rick Santorum was the one exception. Santorum was the one candidate who was able to point out Massachusetts’ high premium costs, the continuation of premium increases under Romneycare, the strain put on Massachusetts’ state budget by the Romneycare subsidies , and increasing wait times to see a doctor. Santorum’s background had prepared him to confront Romney. Santorum had been involved in the passage of the 2003 Medicare Prescription Drug, Improvement, and Modernization Act. Many conservatives remember the prescription drug law as an expansion of government, but it also included some important market-oriented reforms. Payment of the prescription drug benefit was by competitive bidding”a principle that Paul Ryan has sought to extend to the whole Medicare program. The Medicare Prescription Drug, Improvement, and Modernization Act also made it easier for consumers to get high-deductible insurance policies that were combined with Health Savings Accounts. The expansion of these kinds of consumer-driven policies likely contributed to the reduced growth rate of health care costs in the last decade. Santorum was a conservative health care reformer rather than a health care demagogue. That is what allowed Santorum to pick Romney apart on health care.

Obamacare has enjoyed the support of several rising constituencies. Latino , Asian-American , and young voters all preferred the Democratic approach to health care policy by wide margins. When asked why he supported Obamacare, one young voter said “at least Obama was making strides to start the process of reforming health care.” This is what makes the current situation so promising, but also so tricky for conservatives. Before Obamacare, younger and nonwhite voters were open to some kind of major health care reform while Republican-leaning voters were basically satisfied with the status quo. The problems of Obamacare might make some fraction of young and nonwhite voters open to policies that will save them money while giving them secure access to health care. The pre-Obamacare status quo is gone and recedes a little more every day. Conservatives have an opportunity to appeal to both the rising pro-health care reform electorate and the Republican-leaning base that already hates Obamacare.

Conservatives do not have to be a dwindling band futilely trying to reenact the victories of an earlier generation. Conservatives can write a new chapter in their story. To win the domestic political battles of our time, conservatives need to advance the ideas of health care wonks like James Capretta and Avik Roy with all the enthusiasm they once showed for Milton Friedman.